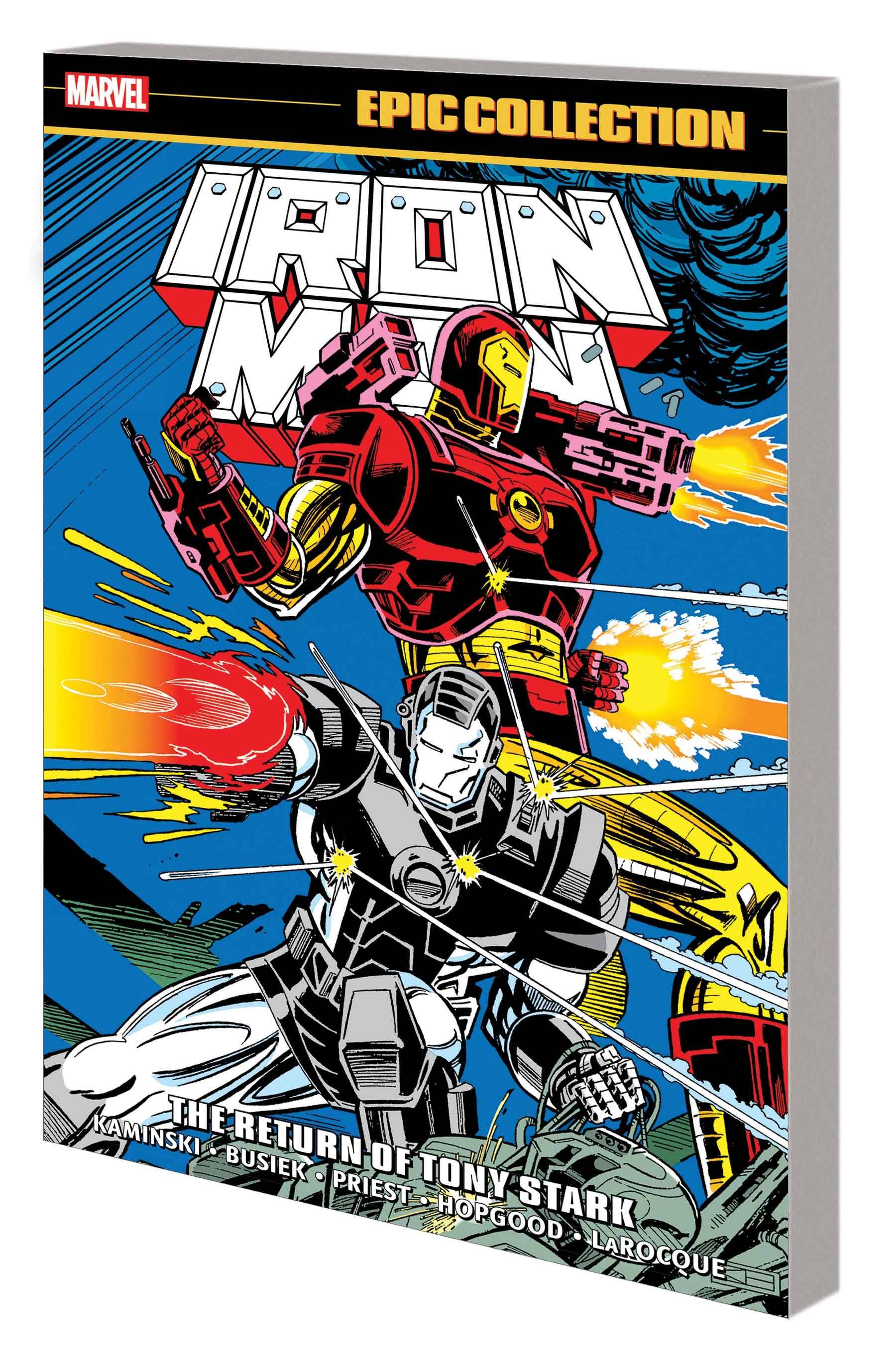 #
AUG220996
(W) Len Kaminski, Various (A) Various (A/CA) Kevin Hopgood
Tony Stark reclaims the iron mantle! But being "dead" has taken its toll on his body, and Tony must resort to extreme measures to keep being Iron Man. What does this mean for James Rhodes, who wore the armor in Tony's absence - and who's furious that his best friend lied to him? Tony must unravel the Controller's conspiracy, battle the Technovore aboard a Stark satellite and face M.O.D.A.M. and Omega Red while investigating a dangerous deal with A.I.M. But who - or what - is the Face Thief?! Plus: Celebrate Iron Man's 30th Anniversary with tales spanning his heroic career, including the classic debut of Squirrel Girl! And dive deep into Tony's creative process with the Iron Manual! Collecting IRON MAN (1968) #290-297 and ANNUAL #14; MARVEL SUPER-HEROES (1990) #13; IRON MANUAL #1 and material from MARVEL SUPER-HEROES (1990) #2, #8-9, #12 and #14-15.
Rated T
In Shops: Nov 23, 2022
SRP: $44.99
ORDER WISH LIST