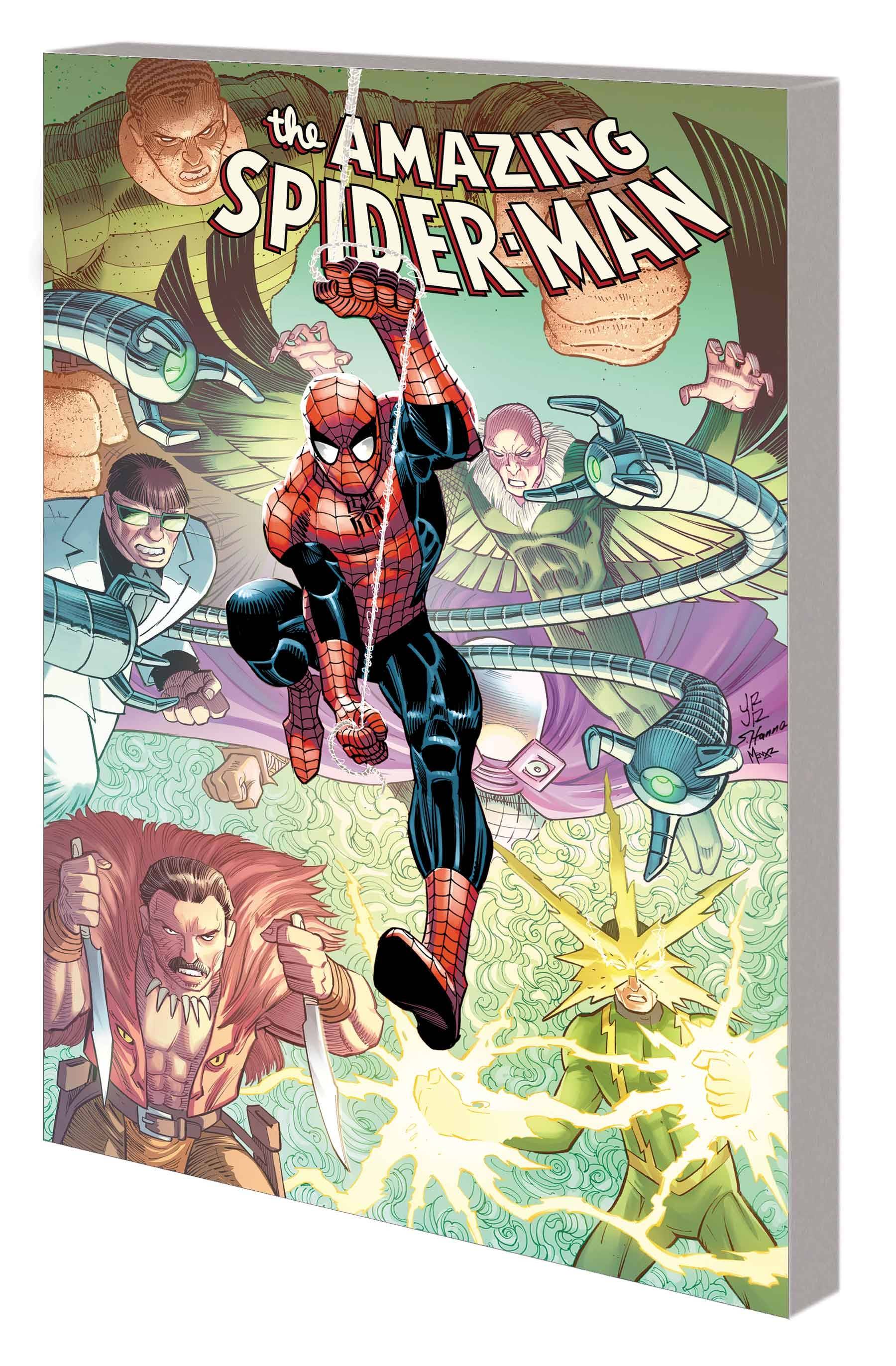 #
AUG220988
(W) Zeb Wells (A) Ed McGuinness (A/CA) John Romita Jr.
It's Spider-Man's 60th Anniversary - and Marvel is pulling out all the stops! Someone from Spidey's past has captured the Sinister Six and used them to create the truly terrifying...Sinister Adaptoid! Can the webbed wonder possibly triumph against the might of an android that boasts the powers of all of Spidey's deadliest foes? And who is the face behind the Adaptoid's attack? Brace yourself for one of the biggest adventures in Spider-history - and you won't believe how it ends! Plus: Norman Osborn is back! But what does he have planned for Spider-Man?! One of the biggest status-quo shake-ups in years will shock you as Spidey dons a new costume with accessories that look vaguely...familiar. Is that - a glider?! Collecting AMAZING SPIDER-MAN (2022) #6-8.
Rated T
In Shops: Nov 23, 2022
SRP: $17.99
View All Items In This Series
ORDER SUBSCRIBE WISH LIST