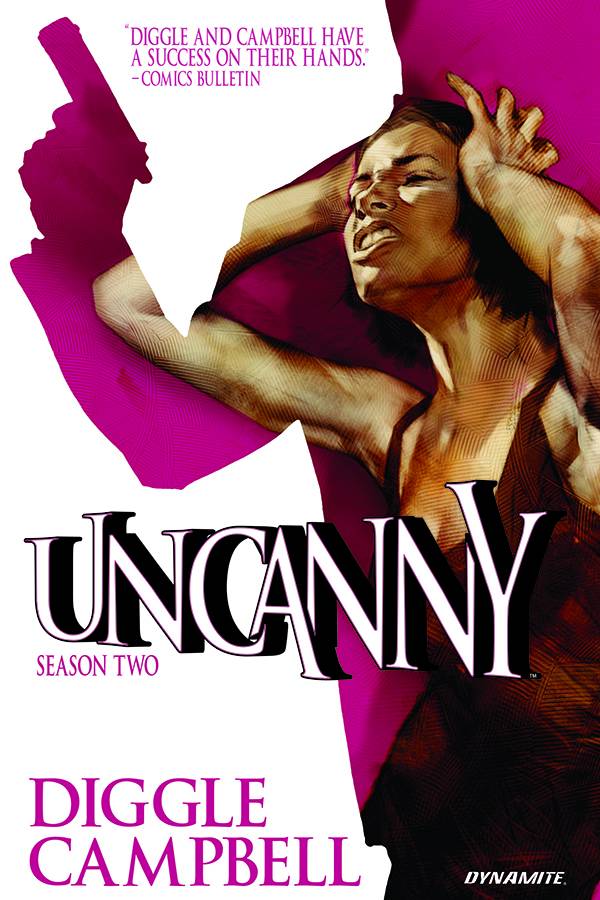 #
AUG220742
(W) Andy Diggle (A) Aaron Campbell (CA) Ben Oliver
Dominic Weaver was a down-and-out con man getting by in the world thanks to his uncanny ability to borrow the knowledge and skills of people near him. When a job came along that forced him to enlist some help, he learned that he's neither alone nor unknown in the world...
Now Weaver is on the run, joined by two fellow "actives", the tough-as-nails (and miraculously healing) Maggie and the technopath Morgan. The Cadre, a clandestine organization run by the powerful Deacon Styles, will hunt them anywhere across the world. His only hope is to turn tables on his pursuers, a desperate gambit that will bring Weaver face-to-face with the source of his powers... and his own traumatic past.
In Shops: Sep 14, 2022
SRP: $19.99
View All Items In This Series
PREORDER WISH LIST