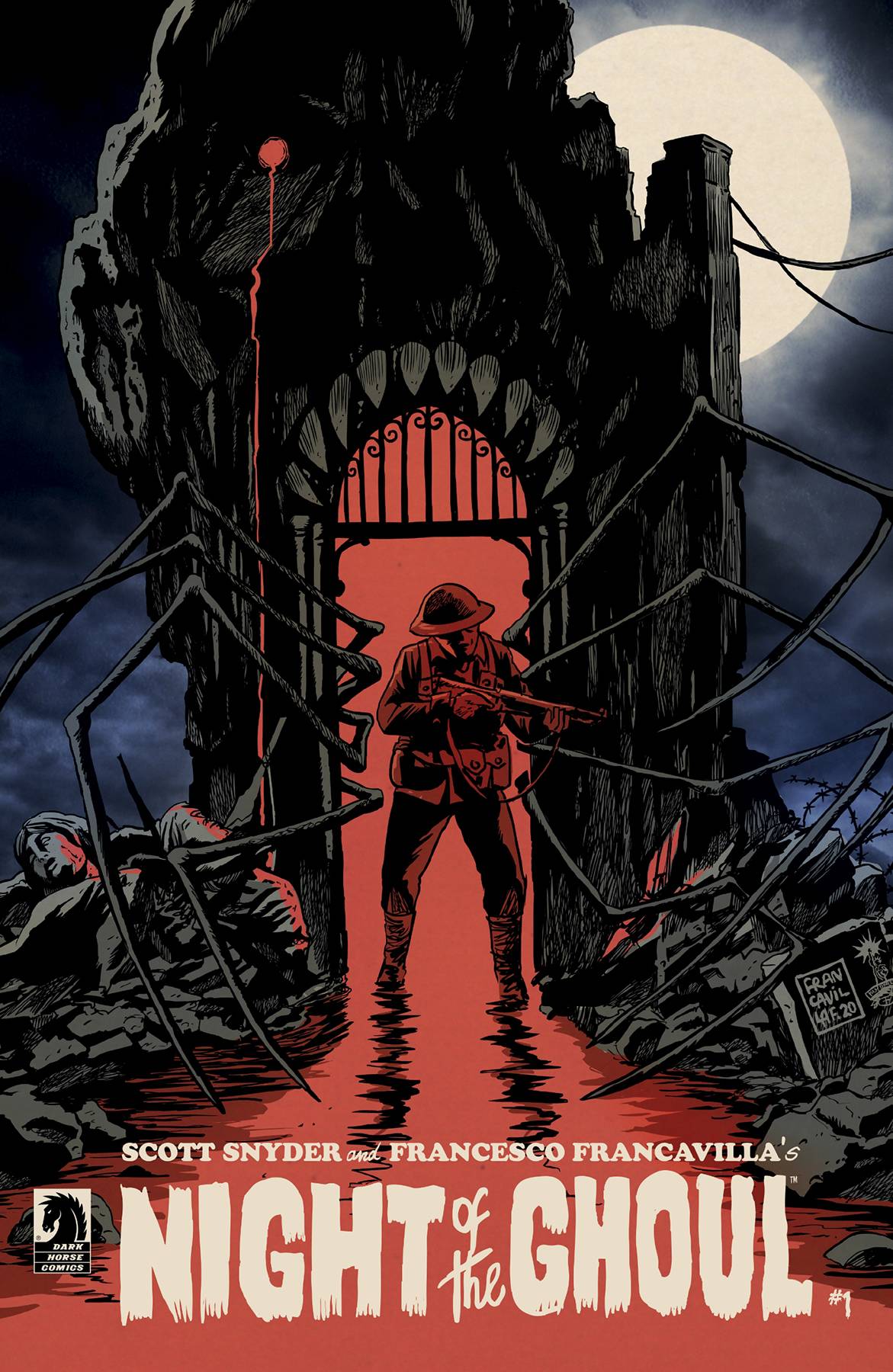 #
AUG220368
(W) Scott Snyder (A/CA) Francesco Francavilla
Shot in 1936, Night of the Ghoul by writer/director T.F. Merritt was meant to sit beside Frankenstein and Dracula as an instant classic . . . But the legendary film never made it to the silver screen. Just before editing was finished, a mysterious studio fire destroyed the footage and killed the cast and crew celebrating at the wrap party. Forest Inman is a horror film obsessive who digitizes old films for the famed Aurora movie studio. When Forest stumbles across a seemingly forgotten canister of footage, he just might have discovered the remnants of the lost classic Night of the Ghoul. This discovery sends Forest on a dark odyssey, where he's warned by a mysterious old man that the film's ghoul is far more than a work of fiction: it's a very real monster who plans to kill him.
In Shops: Oct 05, 2022
SRP: $4.99
View All Items In This Series
PREORDER SUBSCRIBE WISH LIST