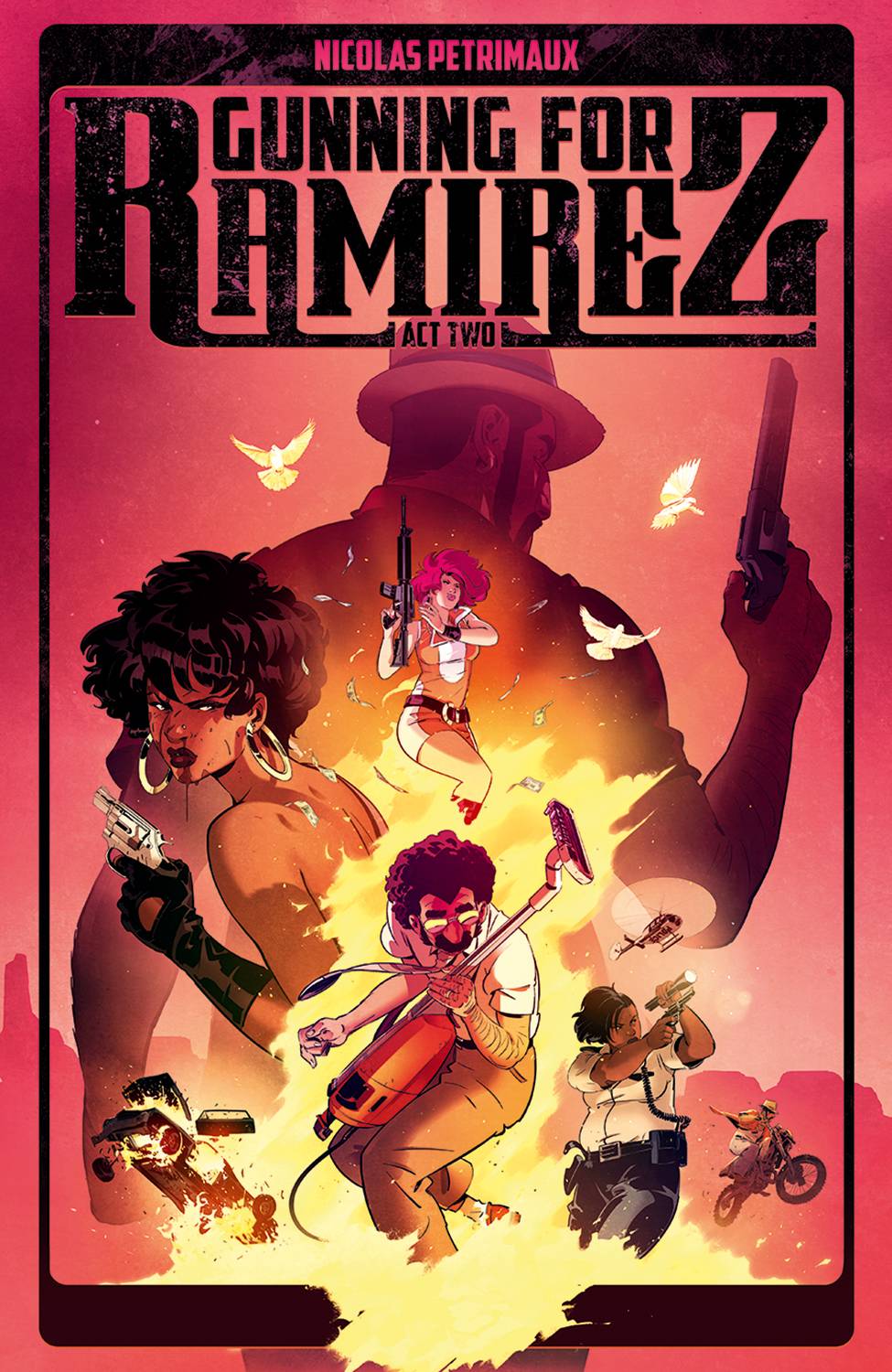 #
AUG220137
(W) Nicolas Petrimaux (A/CA) Nicolas Petrimaux
Ramon Perez has gone insane, and he would burn the whole country down to wage a bloodthirsty vendetta against the elusive rockstar repairman!
Suspected of being involved in the attack on Robotop, Jacques Ramirez is on the run as Falcon City's most wanted man. When a mysterious character from his past reenters his life, he decides to flee the city in the company of Chelsea Tyler and Dakota Smith. But the men of the cartel do not forget or forgive. They will do absolutely everything in their power to find the man who betrayed them.
The long-awaited second installment of the GUNNING FOR RAMIREZ trilogy is here!
In Shops: Oct 19, 2022
SRP: $19.99
View All Items In This Series
PREORDER SUBSCRIBE WISH LIST