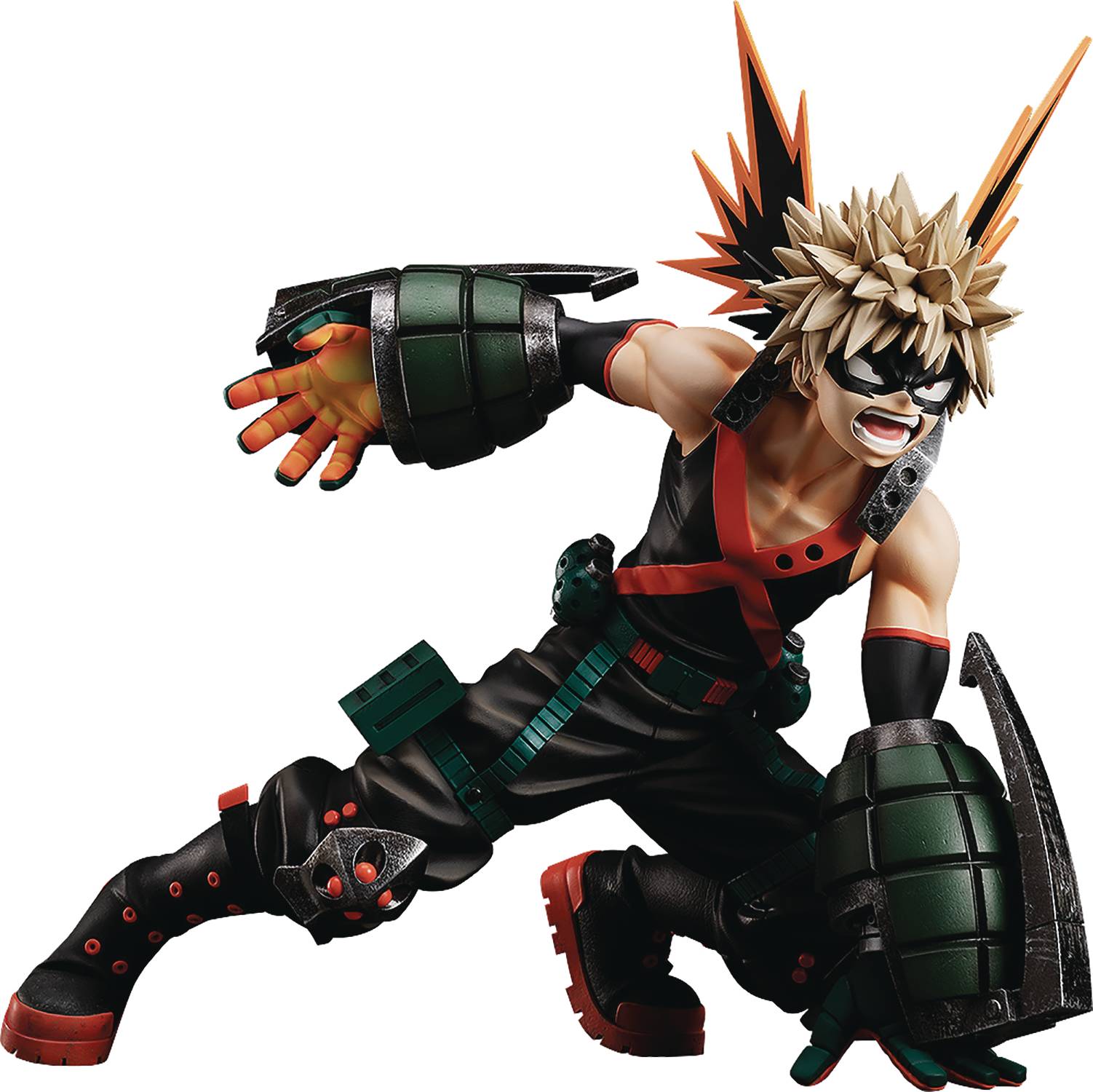 # # # # # # # #
AUG218782
From Takara Tomy. From the popular anime series My Hero Academia comes a 1/4-scale figure of the main character Deku's childhood friend and rival, Katsuki Bakugo! He's been faithfully captured in an intense action pose in the moment before unleashing an attack. The bulky, heavy looks of his hero costume have been carefully preserved in 1/4-scale through highly detailed sculpting and paintwork. The figure stands at approximately 12" in height, making for a gigantic figure that fans won't want to miss.