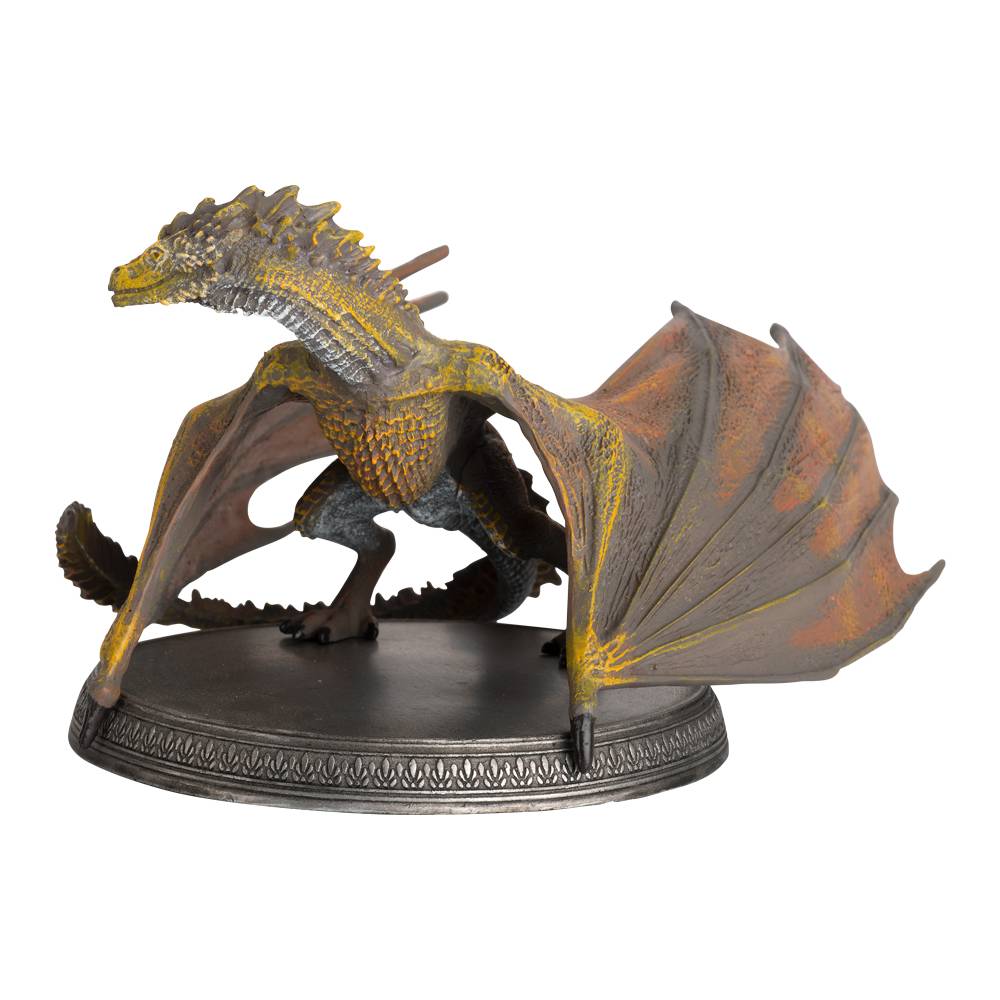 # # # # # # #
AUG212475
Dracarys! Loyal to his "Mother", Viserion destroys Daenerys' enemies with dragon fire!
The golden-hued dragon, Viserion, is a winged, fire-breathing weapon of war and joins the Game of Thrones Figurine Collection just in time! Named after Daenerys' deceased brother, he awaits the commands of his 'Mother' in her mission to reclaim the Iron Throne for House Targaryen.
Your hand-painted model depicts Viserion as Daenerys leads the dragon and his sibling, Rhaegal, into the catacombs under the Great Pyramid of Meereen in season 4, episode 10, "The Children". Viserion stands 7 cm tall, and his wingspan is 16 cm. Capturing the details, head and textures and colouring of Viserion's spine, head and powerful, gaping jaws.
This Viserion Dragon figure is officially licensed and is perfect for any Game of Thrones fan!
No magazine is included
In Shops: Oct 20, 2021
SRP: $44.95
View All Items In This Series
ORDER SUBSCRIBE WISH LIST