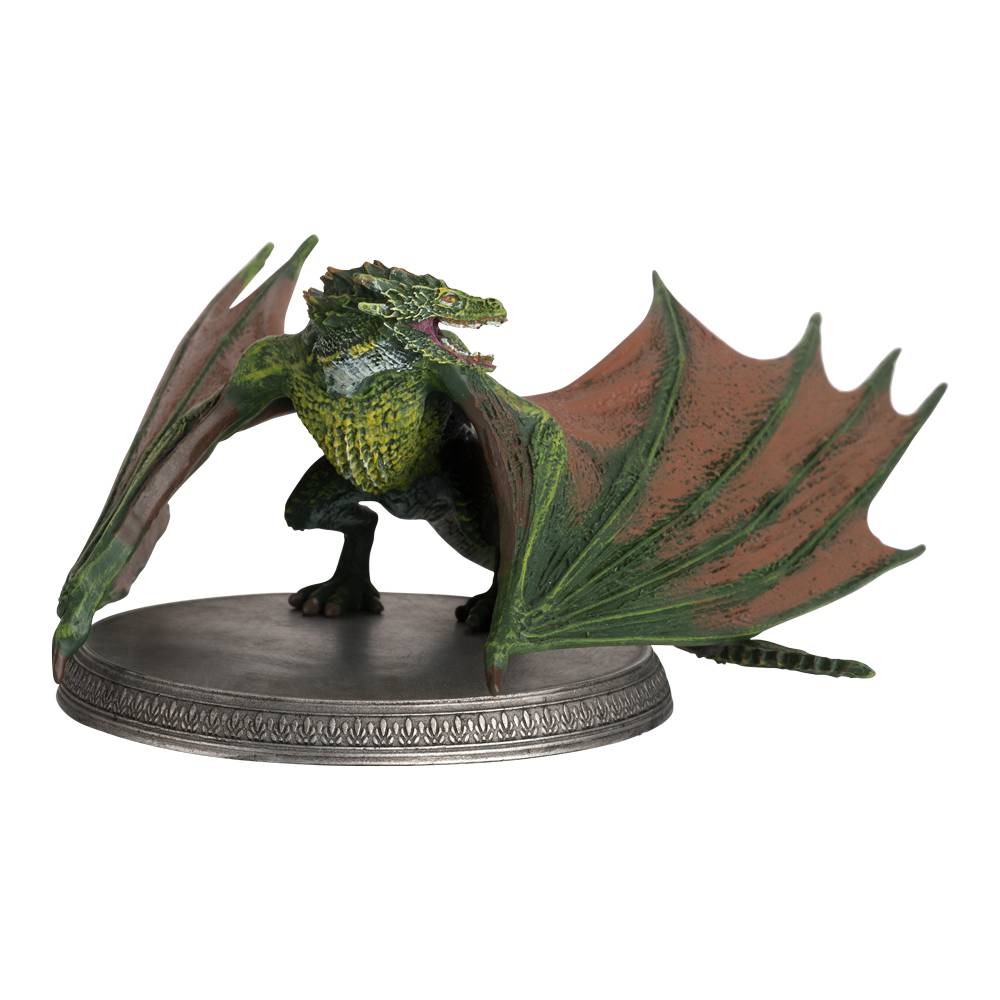 # # # # # #
AUG212474
Strike fear into the hearts of anyone who crosses your path with this impressive Rhaegal Dragon Model!
The green & bronze dragon, Rhaegal, is a winged, fire-breathing weapon of war and joins the Game of Thrones Figurine Collection just in time! A terrifying creature, capable of devastating cities, naval fleets and entire armies with blazing dragon fire, Rhaegal is loyal to his 'Mother', the Targaryen heir, Daenerys.
Your hand-painted model depicts Rhaegal as he prepares to take flight and rain dragon fire down upon the Masters' Armada, as they attack Meereen in Season 6, Episode 9, 'Battle of the Bastards'. Rhaegal stands 7 cm tall, and his wingspan is 16 cm. Capturing the details, head and textures and colouring of Rhaegal's spine, head and powerful, gaping jaws.
This Rhaegal Dragon figure is officially licensed and is perfect for any Game of Thrones fan!
In Shops: Oct 20, 2021
SRP: $44.95
View All Items In This Series
ORDER SUBSCRIBE WISH LIST