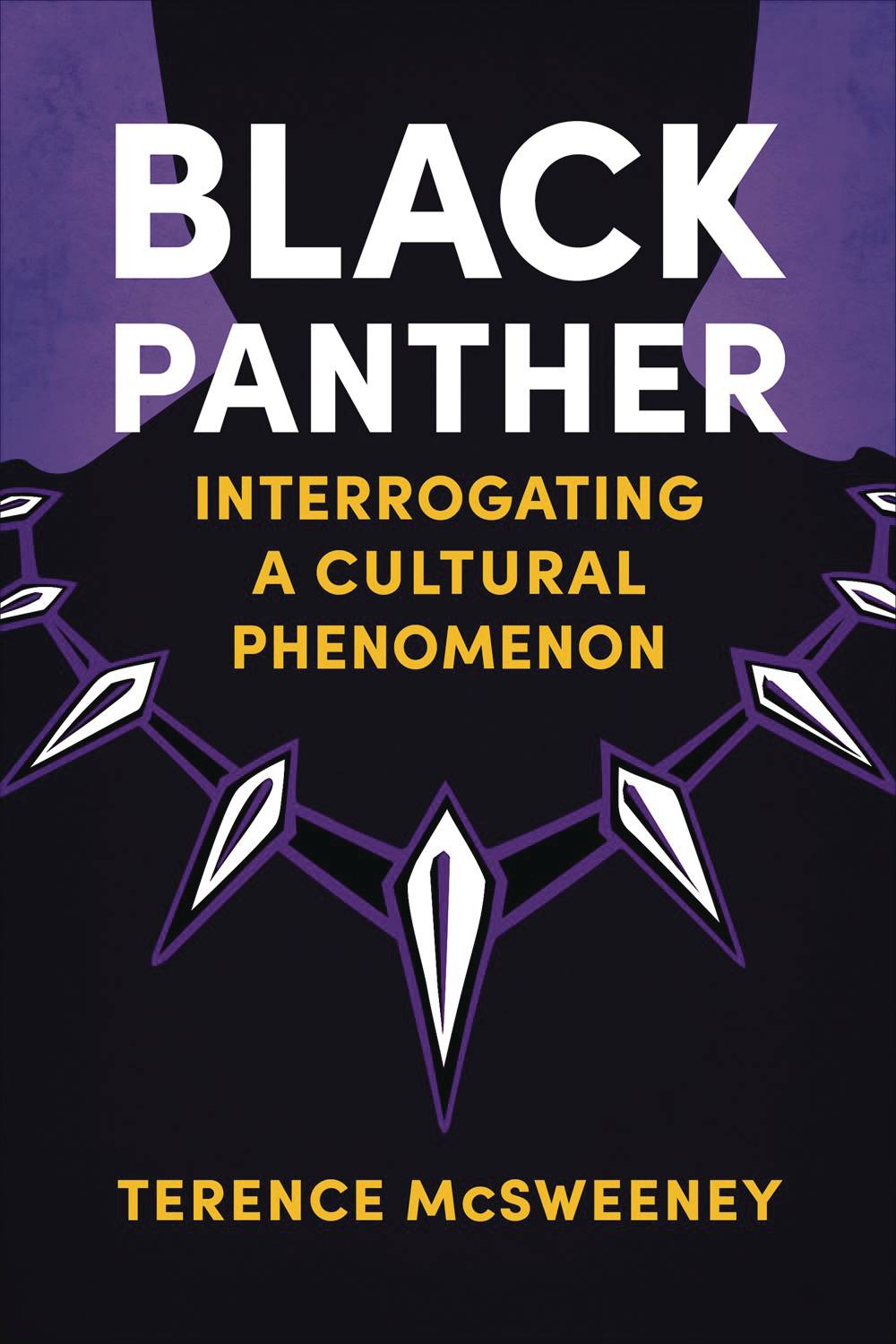 #
AUG212127
(W) Terence McSweeney
Black Panther is one of the most financially successful and culturally impactful films to emerge from the American film industry in recent years. When it was released in 2018 it broke numerous records and resonated with audiences all around the world in ways that transcended the dimensions of the superhero film. In Black Panther: Interrogating a Cultural Phenomenon author Terence McSweeney explores the film from a diverse range of perspectives, seeing it not only as a comic book adaptation and a superhero film, but also a dynamic contribution to the discourse of both African and African American studies.