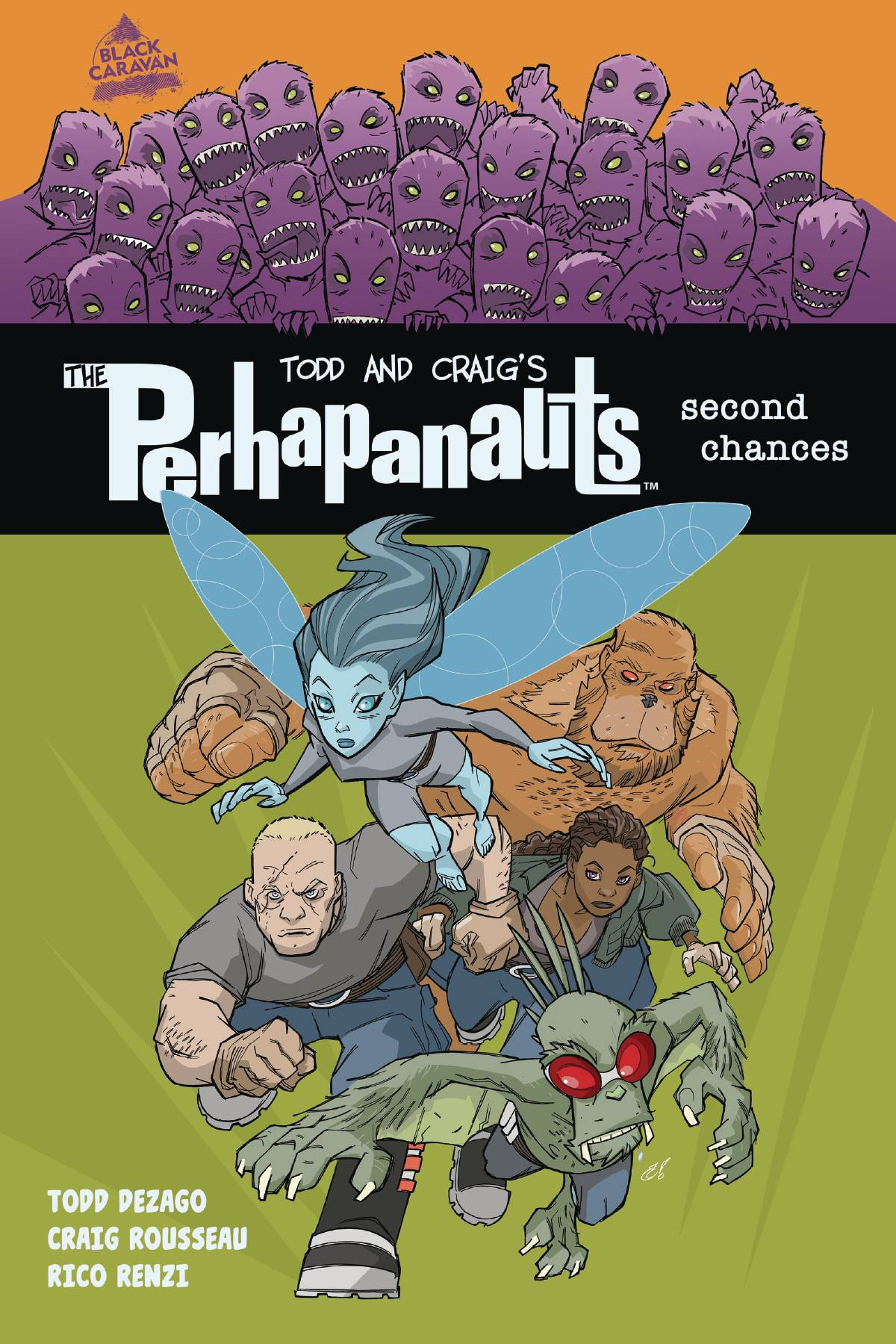 #
AUG212001
(W) Todd DeZago (A) Craig Rousseau
Things could not be more Insane! With one of their number critically injured and fighting for her life, the rest of the team returns to Bedlam to find their headquarters under siege by a swarm of alien creatures bent on consuming everybody in sight! Help arrives with the sudden appearance of some strange allies... but is it enough?!? Also, the team meets the inexplicable Dover Demon! Collecting The Perhapanauts: Second Chances #1-4, The Perhapaanauts Annual #1, as well as extras and 10 pages of all-new material, exclusive to this new collection!
In Shops: Oct 20, 2021
SRP: $19.99
ORDER WISH LIST