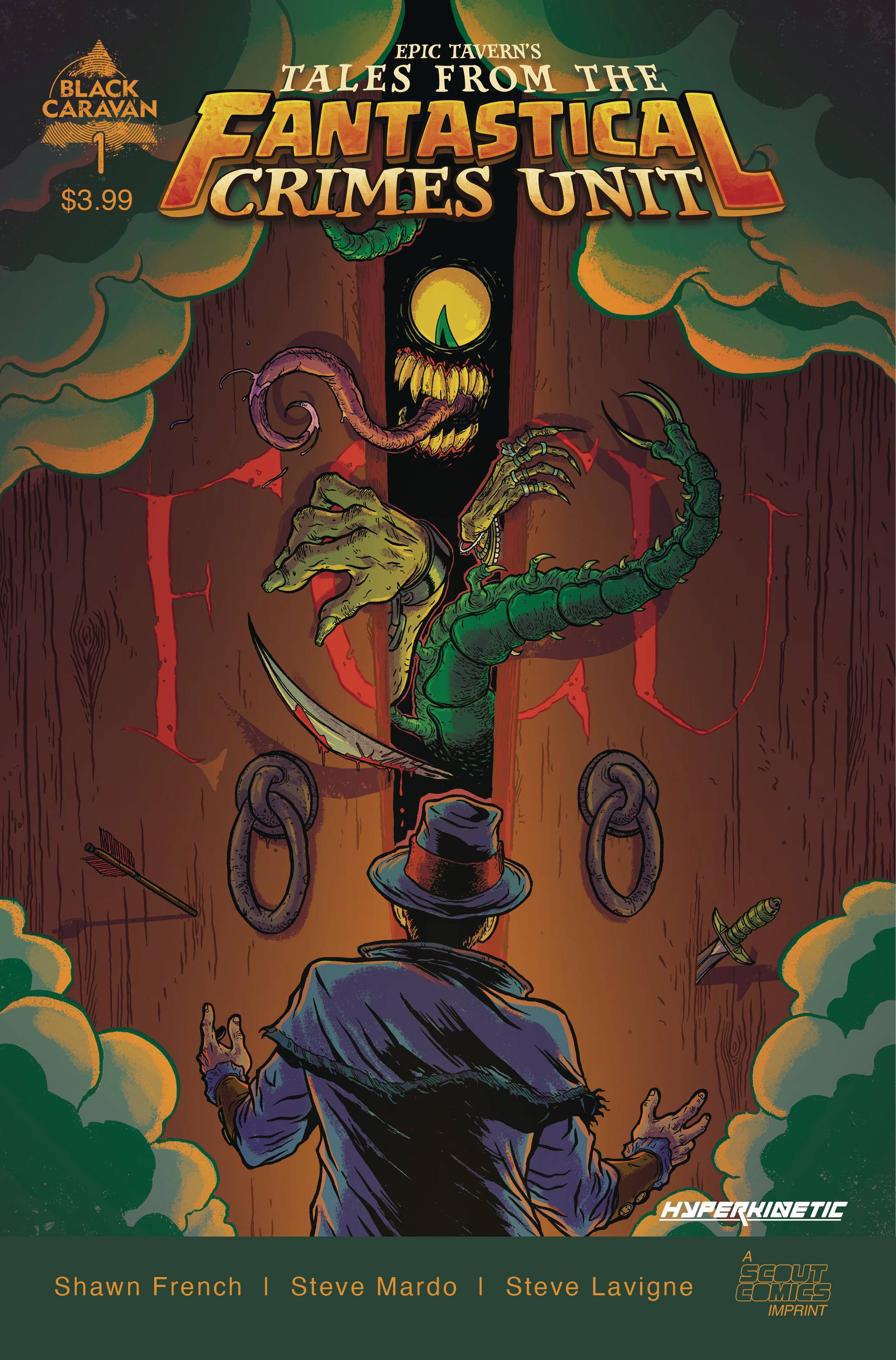 #
AUG211992
(W) Shawn French (A/CA) Steve Mardo
Black Caravan Imprint. Episode 1: "Angel is a Centaur Foal." Hard-boiled detective Victor Marshall finds himself partnered with idealistic young necromancer Emilia Mortalis and her crew of undead animal pals to investigate the disappearance of a young centaur in this official adaptation of the video game Epic Tavern. The series follows the adventures of an overworked agency in the fantasy realm of Beor tasked with investigating crimes committed by supernatural and mythological creatures. Hidden within are clues for unlocking bonus content in Epic Tavern, including a new Final Boss battle and the most powerful artifact in the game.