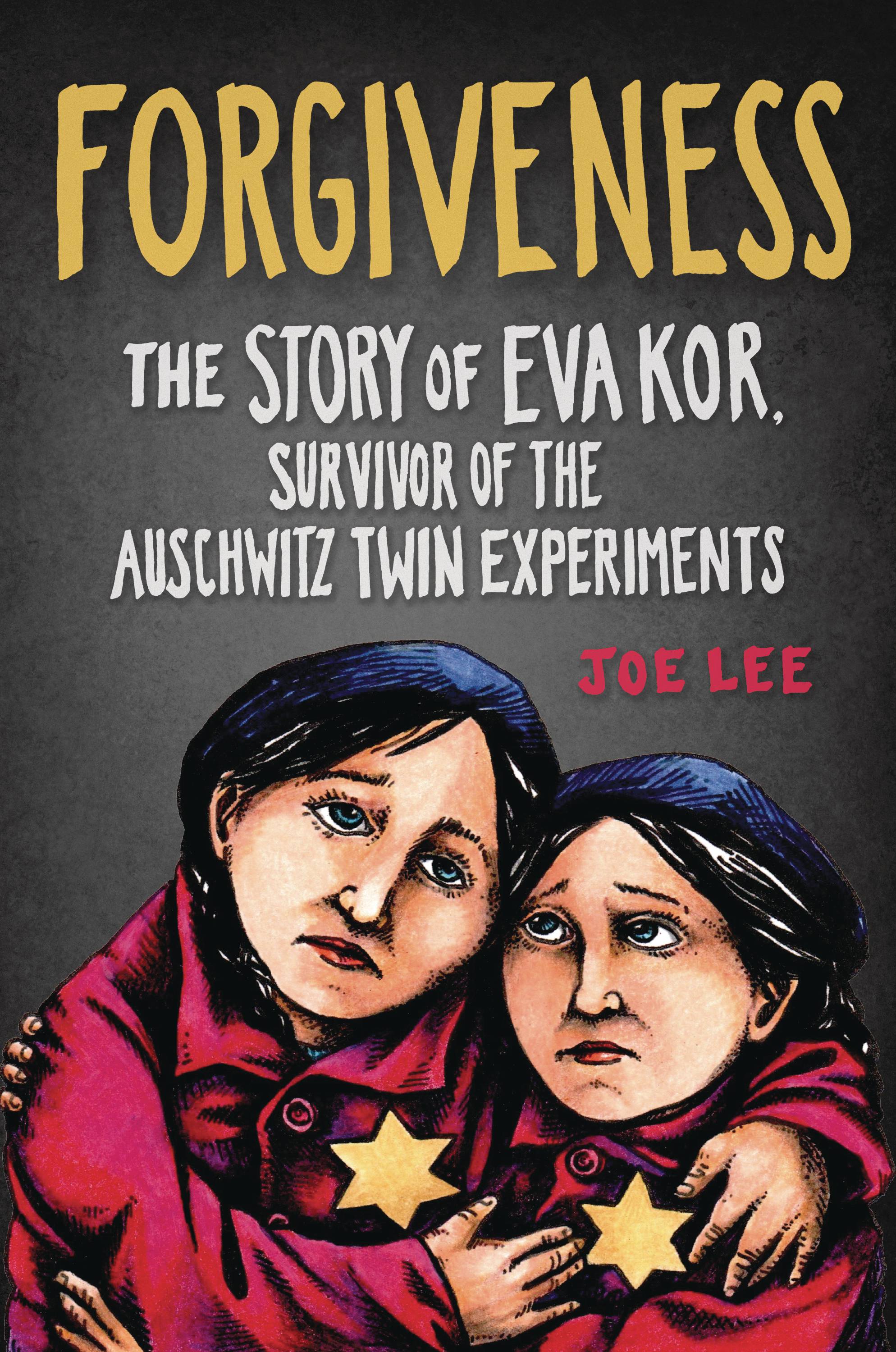 #
AUG211980
(W) Joseph E Lee (A) Joseph E Lee
In March of 1944, at age 10, little Eva was arrested with her entire family, including
her twin sister, Miriam, for the "crime" of being Jewish. Nazis loaded Eva and her family into a cattle car with other men, women, and children headed to the Auschwitz-Birkenau concentration camp. Within moments of their arrival, the twins lost their entire family to the gas chambers without a chance to say goodbye. Because twins were considered valuable for research, the girls were spared immediate death by Josef Mengele, the Nazi doctor and war criminal, in favor of experimentation and torture. This stunning, heartbreaking illustrated biography tells the story of a tenacious girl's fight to survive a horrific childhood ravaged by tragedy; her growing anger as an adult who settled in Terre Haute, Indiana; and her eventual discovery that forgiveness might just save her life.
In Shops: Oct 06, 2021
SRP: $20.00
ORDER WISH LIST