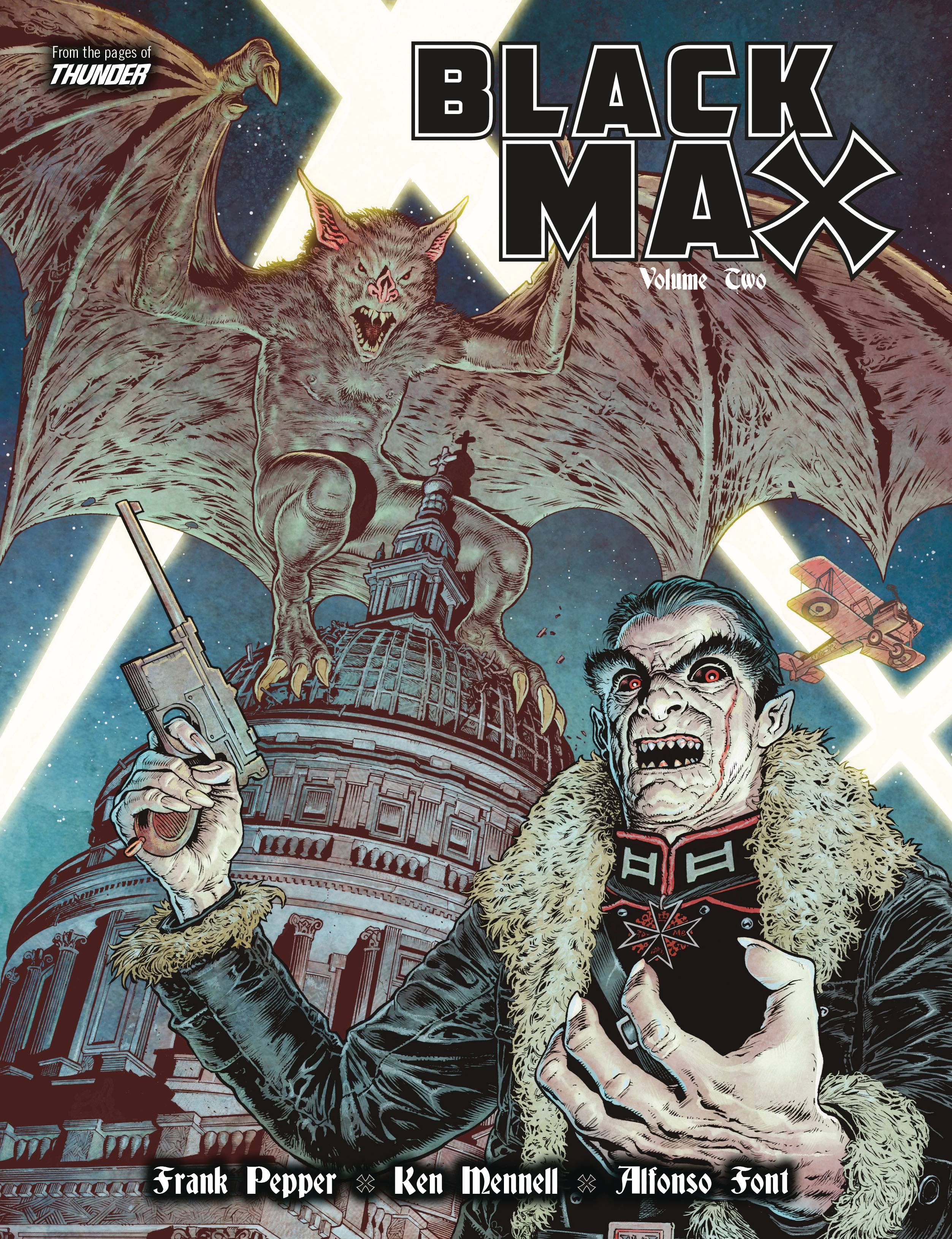 #
AUG211973
(W) Frank Pepper (A/CA) Alfonso Font
Biplanes vs. giant vampire bats in this thrilling collection of war comics with a horror twist! Lieutenant Tom Wilson returns to battle Baron Maximilien Von Klorr and his attack force of giant vampire bats in a continuation of the popular series. The World War I-era story moves to England with a monstrous albino bat attacking London with each page beautifully drawn by Alfonso Font working on one of his very first comic series.
In Shops: Nov 24, 2021
SRP: $17.99
View All Items In This Series
ORDER WISH LIST