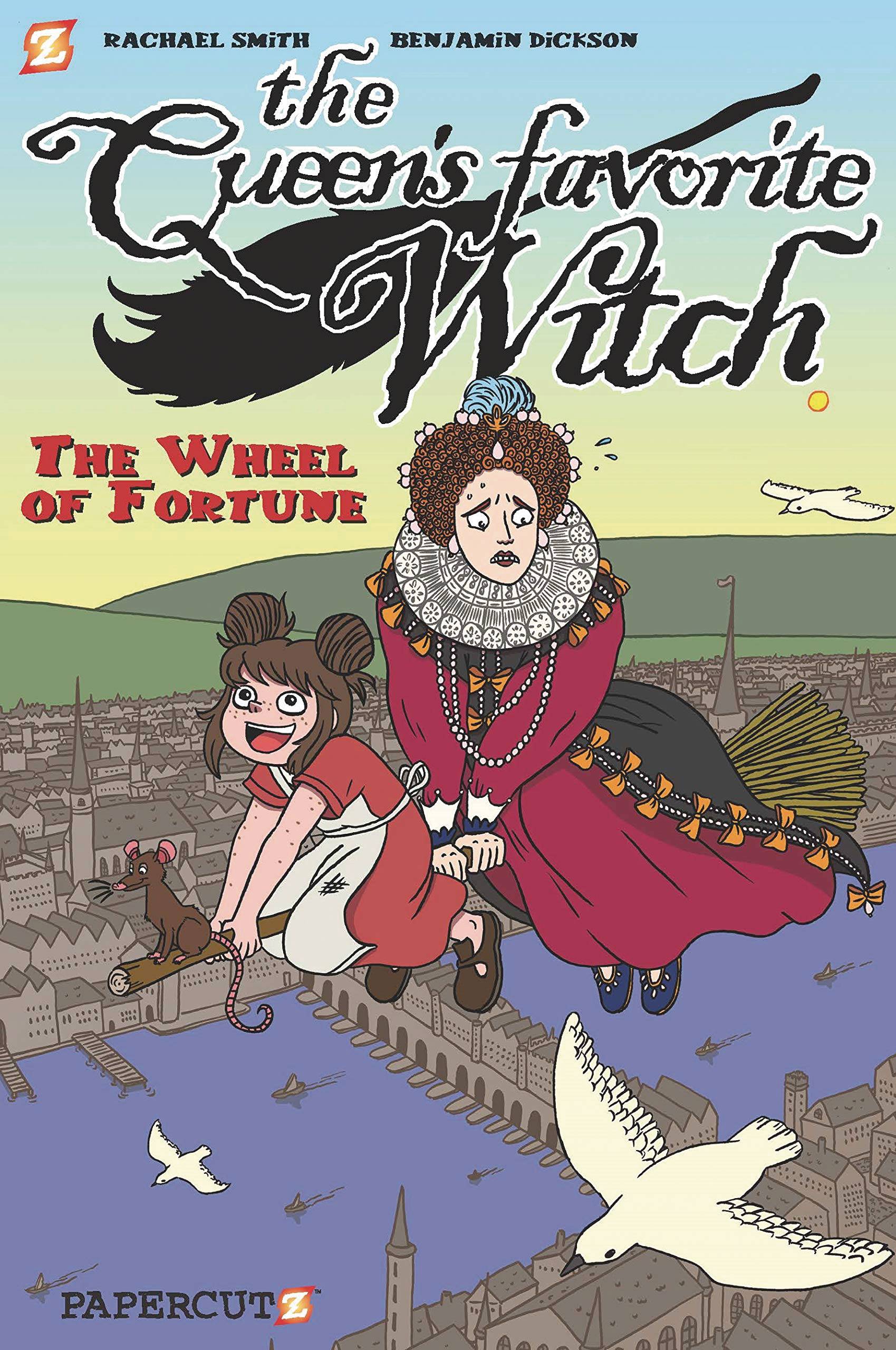 #
AUG211934
(W) Benjamin Dickson (A) Rachael Smith
Elizabethan England is a time of superstition and strange goings on. If you have a problem, it's common to go to a witch for help. And Queen Elizabeth I is no different... When Daisy, a precocious young witch, learns of the death of the Queen's Royal Witch, she flies to London to audition as her replacement. But Daisy is from a poor family, and they don't let just anyone into the Royal Court. The only way into the palace is to take a job as a cleaner. As Daisy cleans the palace, she draws the attention of Elizabeth's doctor (and arch-heretic) John Dee, who places her into the auditions, much to the chagrin of her more well-to-do competitors.  But Dee knows how dangerous the corridors of power have become, with dark forces manipulating events for their own ends. With so many wanting her to fail, Daisy will need all her grit and determination to make it through these auditions - not to mention a sense of daring and adventure! Available in softcover and hardcover editions.
In Shops: Nov 17, 2021
SRP: $9.99
View All Items In This Series
ORDER SUBSCRIBE WISH LIST