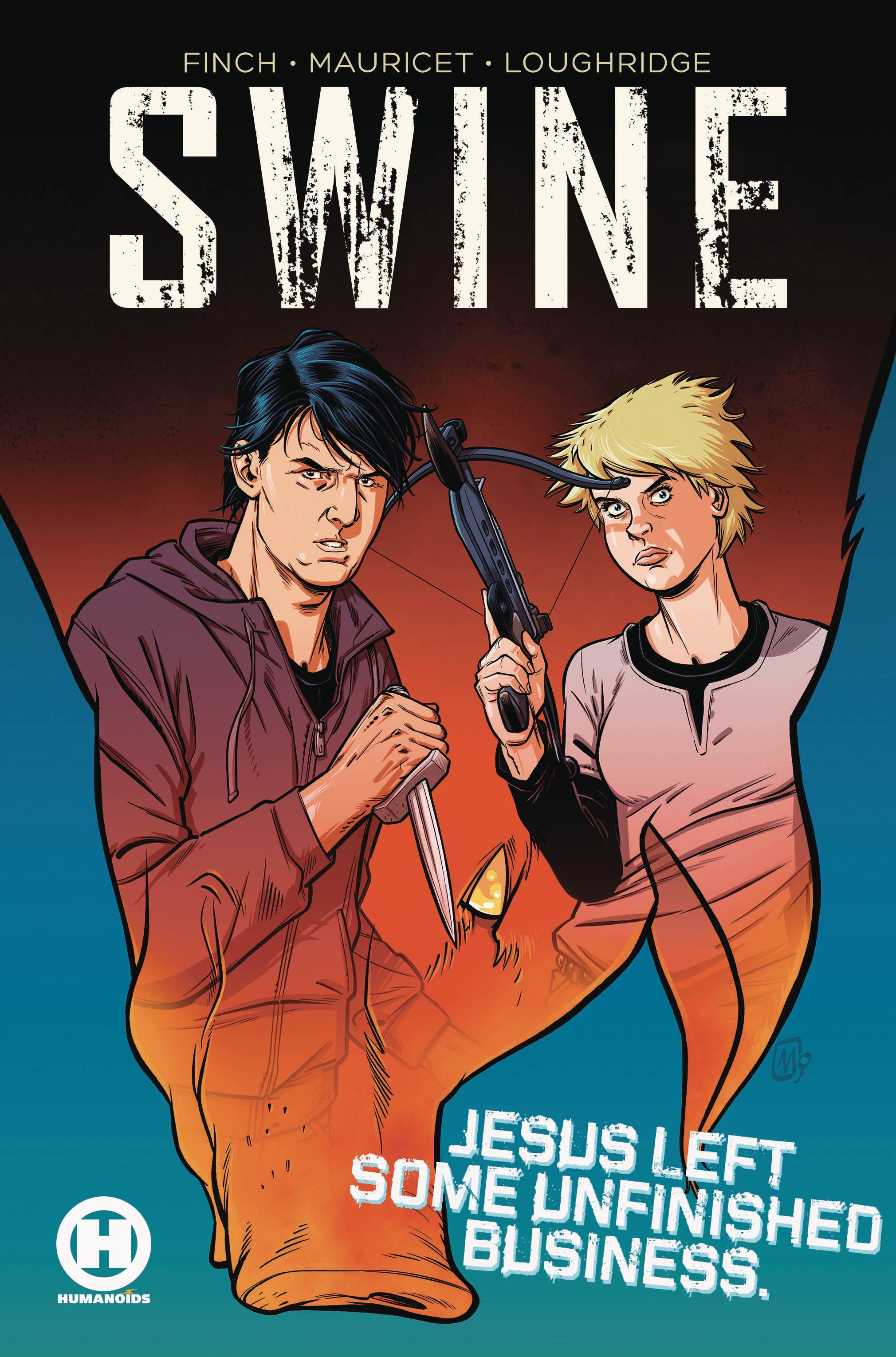 #
AUG211830
(W) Tyrone Finch (A) Mauricet
Ellis Rafferty spent seven years in prison after being wrongly convicted for the murder of his wife. Now released on parole, he seeks to avenge her death and atone for his past mistakes. Joining forces with his sister-in-law, they hit the road to take on the most pernicious threat in human history: Pigs. Pigs possessed by bloodthirsty, cunning, and immortal beings since the time of Jesus, and they are Legion.
Ellis and Zoey travel across America to put a stop to the pigs' murderous rampage, creating plenty of carnage in their wake, in this supernatural crime thriller story with a dark comedy cream filling.
In Shops: Oct 06, 2021
SRP: $19.99
ORDER WISH LIST