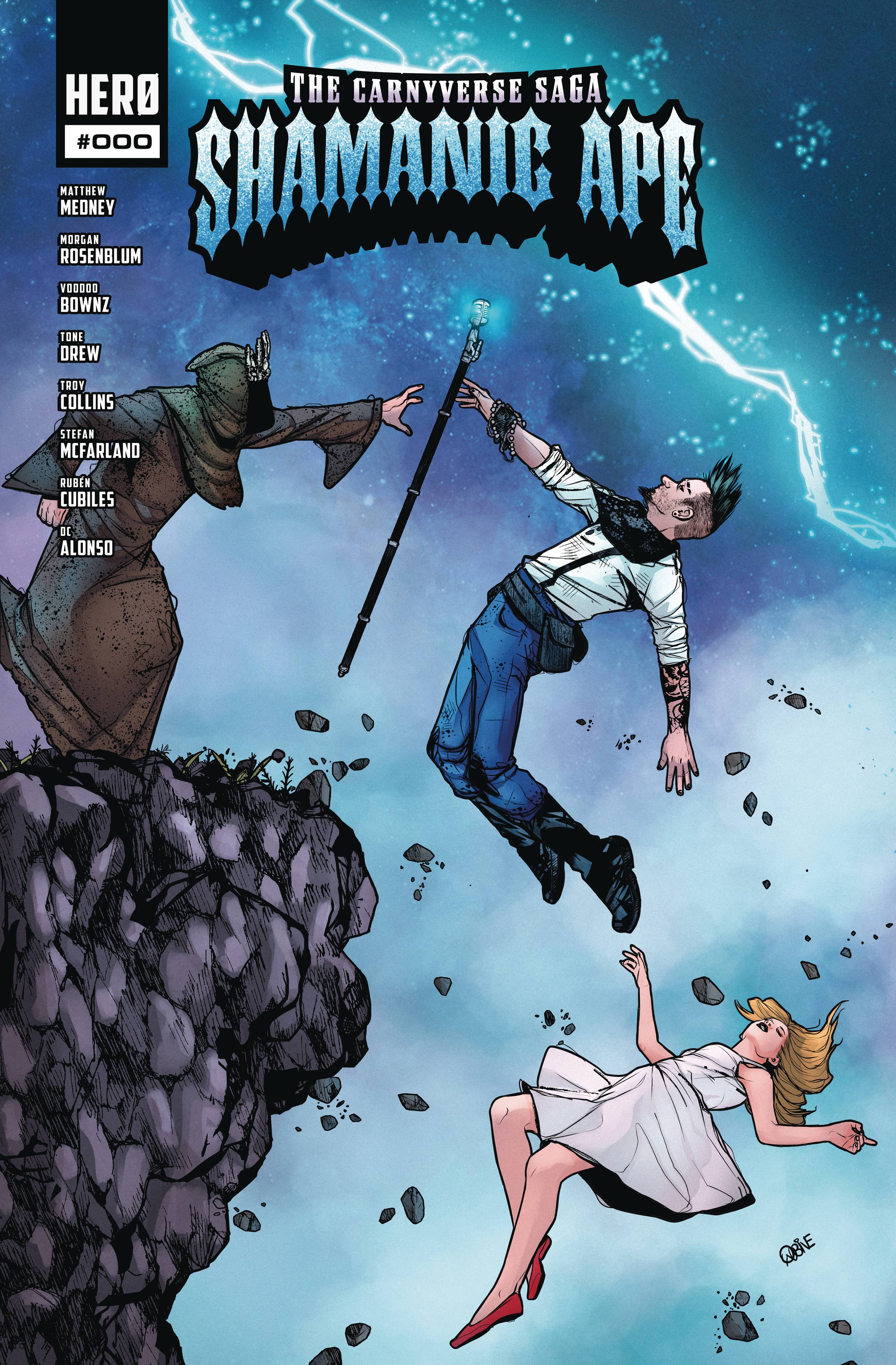 #
AUG211817
(W) Matt Medney, Morgan Rosenblum, Tony Drew, Troy Collins, Stefan McFarland (A/CA) Rubine Cubiles
Flashes of dysphoria and intense visions have been haunting Shampanic Ape's mind as he struggles to maintain balance amongst the asylum seekers who inhabit the Carnyverse. As the reluctant ringleader of Funtown Festivals, Shamanic Ape thought he'd seen it all until a series of horrifying events show the deadly truth of his recent visions.
In Shops: Oct 13, 2021
SRP: $4.99
ORDER WISH LIST