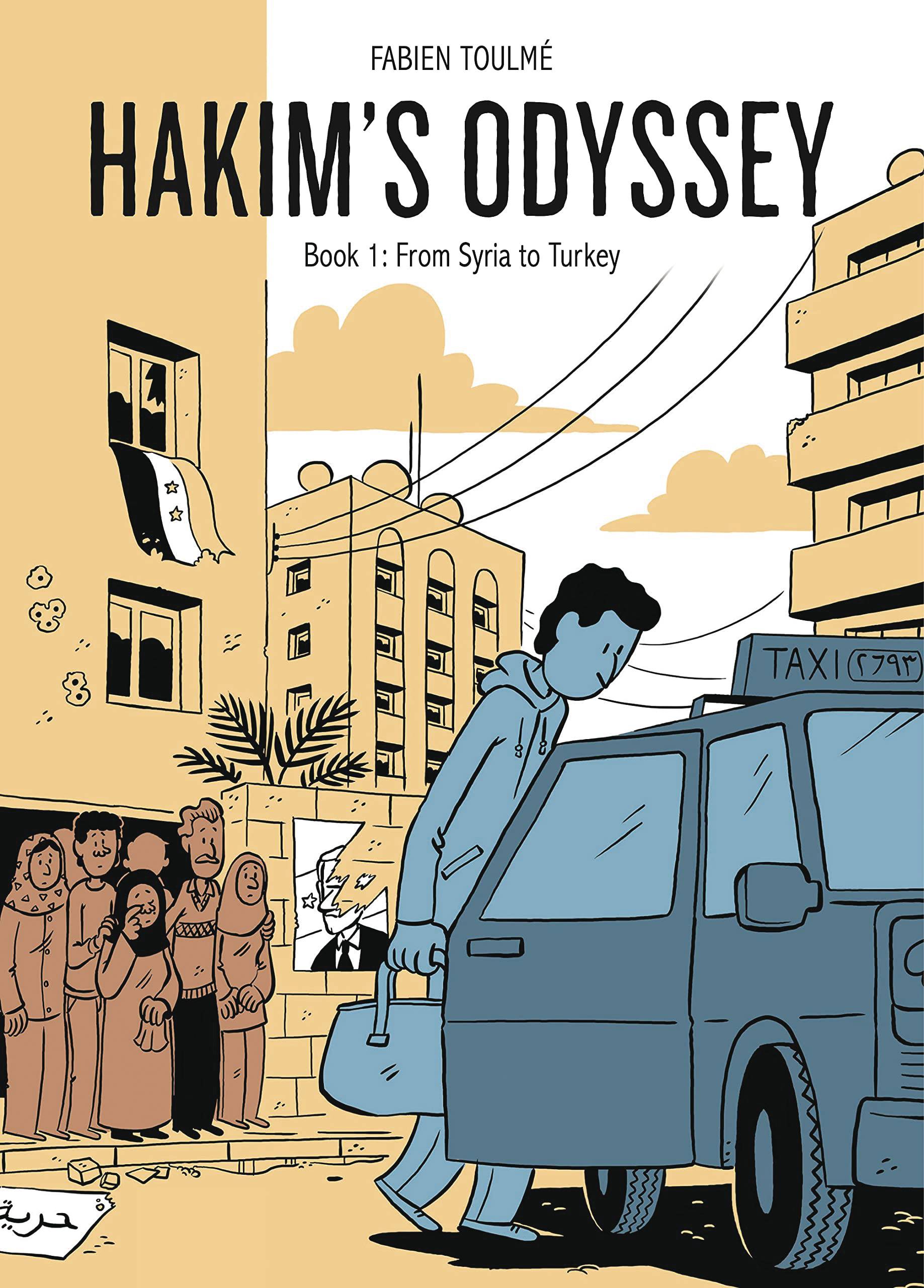 #
AUG211794
(W) Fabien Toulme, Hannah Chute
"What does it mean to be a "refugee"? It is easy for those who live in relative freedom to ignore or even to villainize people who have been forced to flee their homes. After all, it can be hard to identify with others' experiences when you haven't been in their shoes. In Hakim's Odyssey, we see firsthand how war can make anyone a refugee. Hakim, a successful young Syrian who had his whole life ahead of him, tells his story: how war forced him to leave everything behind, including his family, his friends, his home, and his business. After the Syrian uprising in 2011, Hakim was arrested and tortured, his town was bombed, his business was seized by the army, and members of his family were arrested or disappeared. This first leg of his odyssey follows Hakim as he travels from Syria to Lebanon, Lebanon to Jordan, and Jordan to Turkey, where he struggles to earn a living and dreams of one day returning to his home.
In Shops: Nov 03, 2021
SRP: $29.95
View All Items In This Series
ORDER SUBSCRIBE WISH LIST