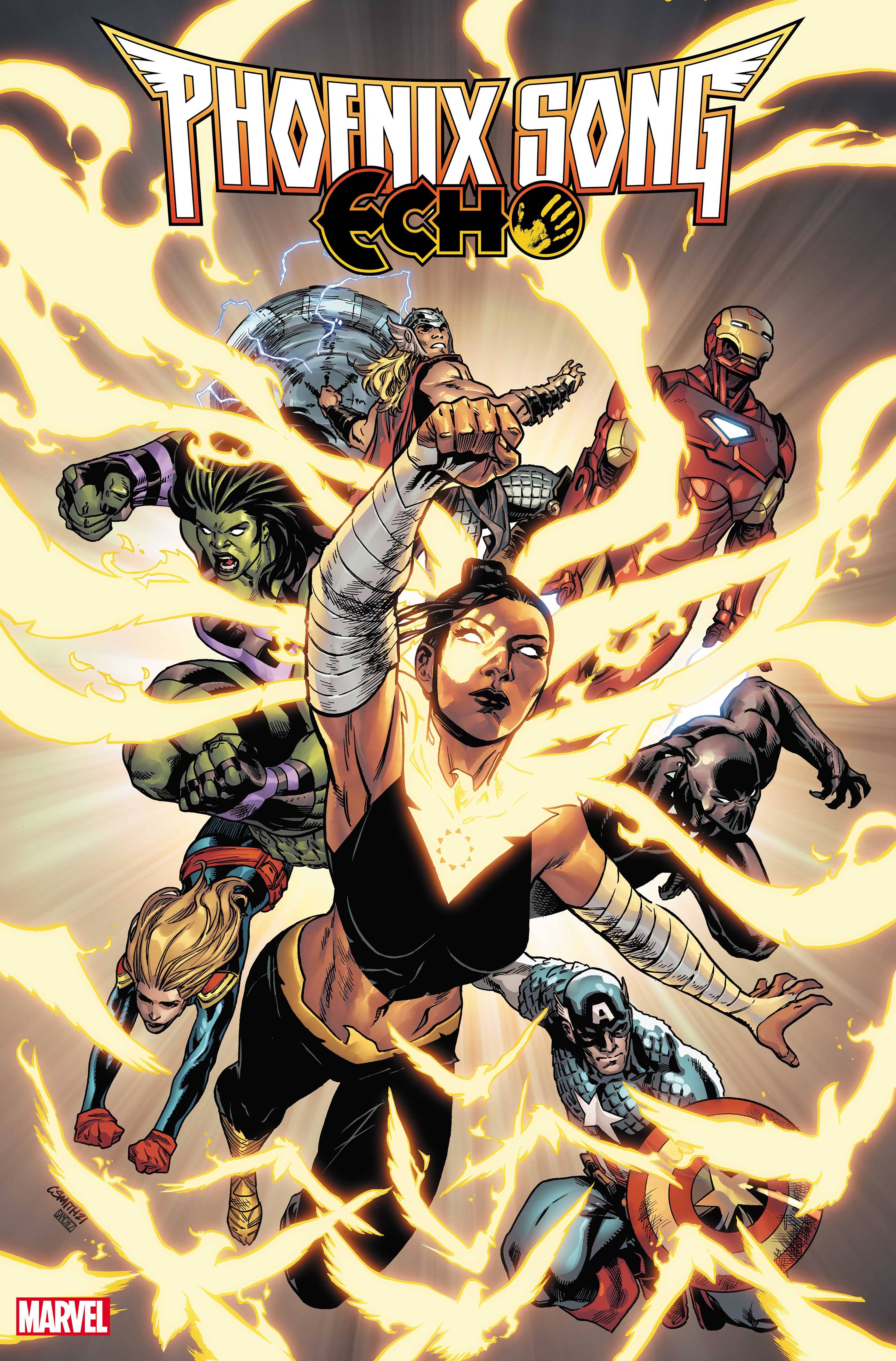 #
AUG211730
The Phoenix Force has chosen a new host! Spinning directly out of Jason Aaron's Avengers storyline "Enter the Phoenix" comes PHOENIX SONG: ECHO #1, a brand-new series from best-selling Hugo Award winning novelist Rebecca Roanhorse and rising star artist Luca Maresca (Avengers). Roanhorse previously wrote the Cheyenne hero in last year's Marvel's Voices: Indigenous Voices #1 and now returns to the saga of Maya Lopez as she deals with her biggest transformation yet. The exhilarating story will be packed with revelations about both Echo's ancestry and the Phoenix Force mythos as well as the debut of new heroes and the shocking return of an iconic X-Men villain... Echo is now the host of one of the most powerful entities in the Marvel Universe, and she has burning questions that demand answers. Still learning her new cosmic abilities-and struggling with the Phoenix's overwhelming personality-Echo strikes out to return to her roots. But the reservation has even fewer answers. And where power goes, evil follows. Someone wants Echo to fail-and unleash a power only the greatest heroes in history have been able to control. CGC GRADED 9.6 OR HIGHER!
In Shops: Jan 26, 2022
SRP: $79.99
ORDER WISH LIST