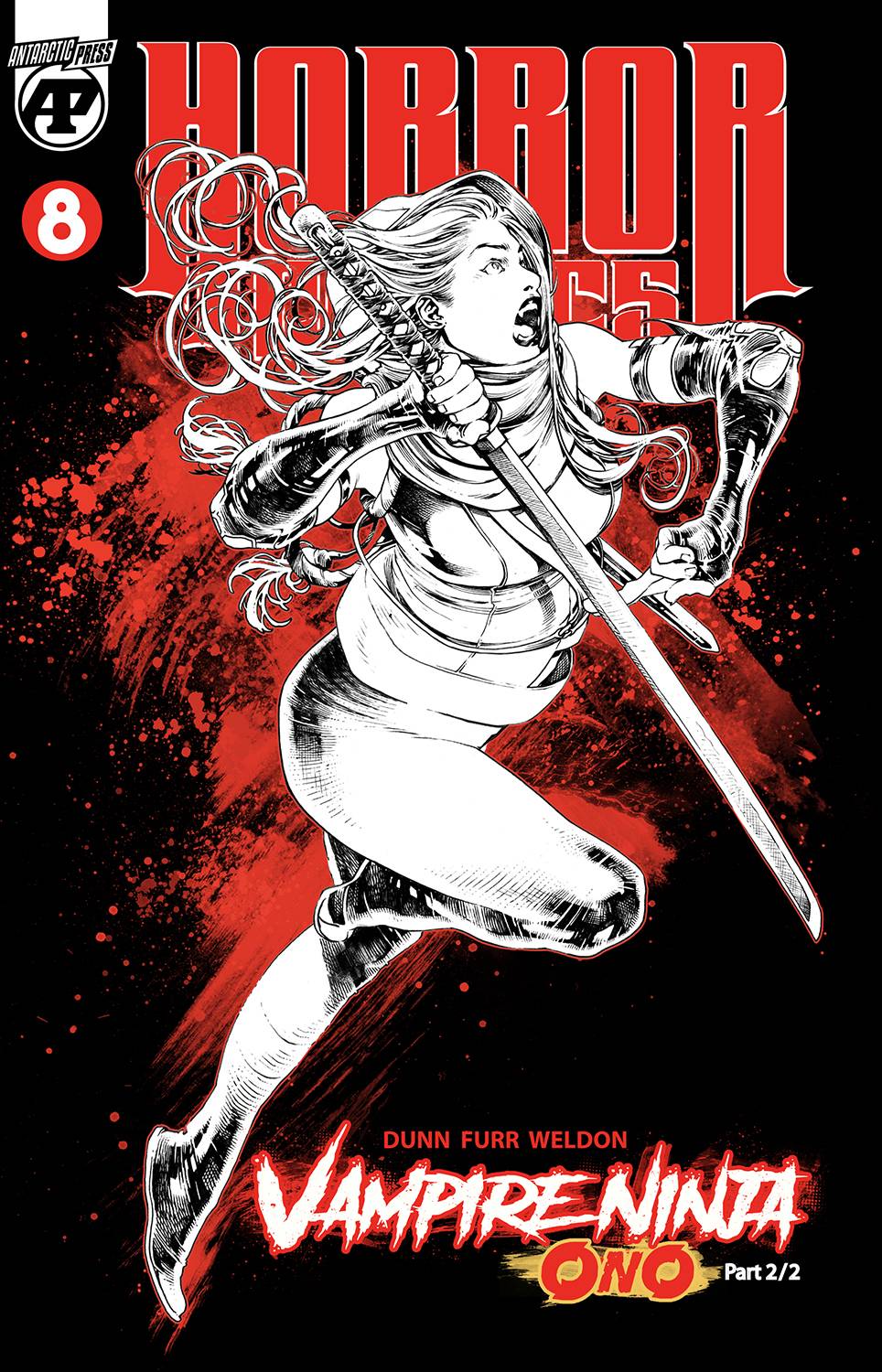 #
AUG211497
(W) Ben Dunn, David Furr (A) Matthew Weldon
"Vampire Ninja Ono, Part 2 of 2"
At dawn, Alex wonders if the fading images of the night before were a bad dream or something more sinister.  If he hopes to survive another night in Tokyo, he must uncover the real reason he was brought to Japan as well as the truth behind the masked woman known only as Ono.  Don't miss this pulse-pounding conclusion to the introduction of Antarctic Press's newest bad girl!