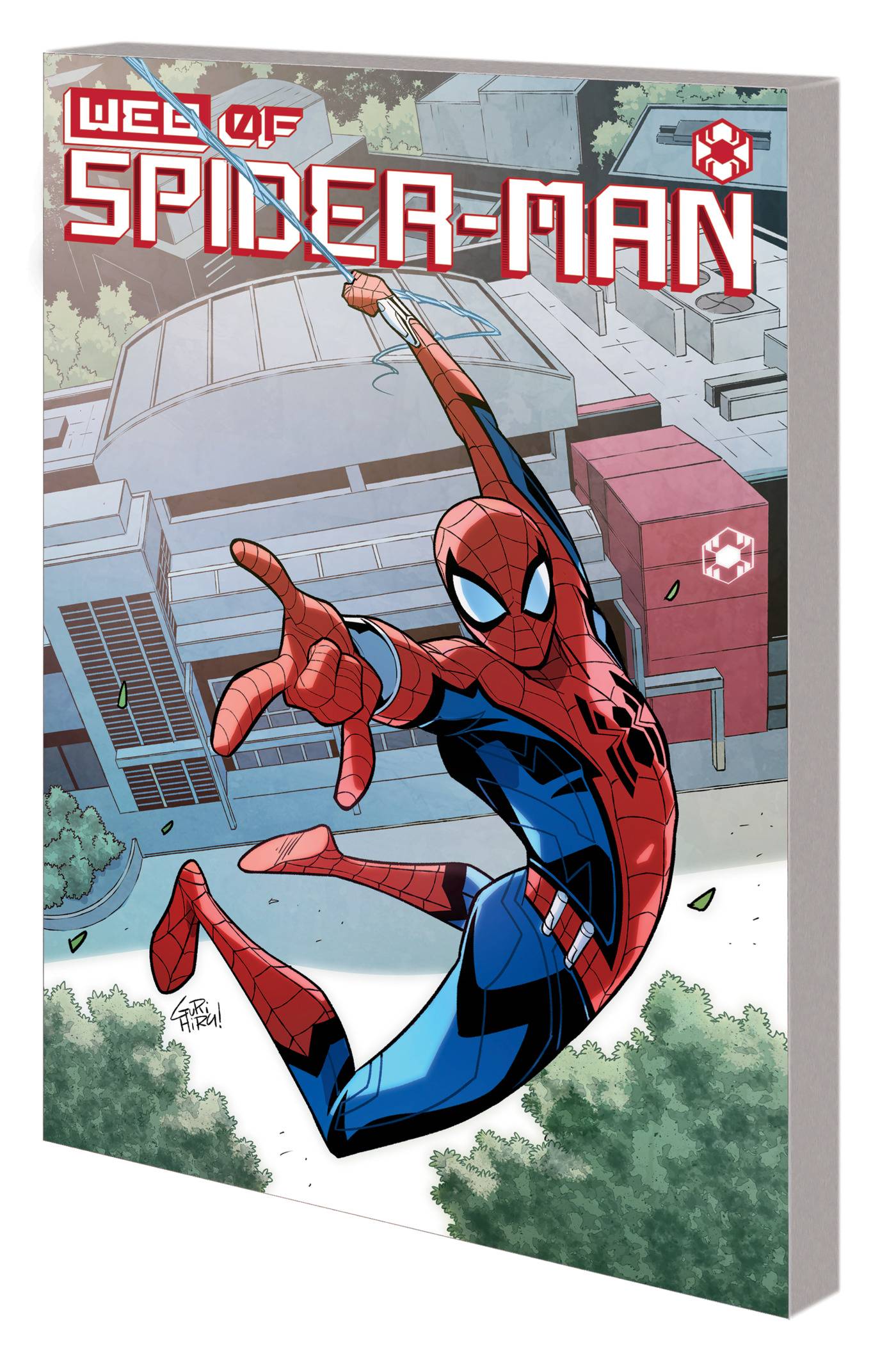 #
AUG211309
(W) Kevin Shinick (A) Alberto Alburquerque (CA) Gurihiru
Peter Parker. Spider-Man. Scientist. Troublemaker? Thanks to none other than Tony Stark, a new scientific research station for the teenage heroes of the
Marvel Universe has just been completed - and Spider-Man just got an invitation to join! Working alongside some of your favorite faces from the MU, inventing
and studying a whole bunch of awesome new gadgets, and with Iron Man keeping an eye on the Worldwide Engineering Brigade, surely everything's
going to go great, right? Either way, thanks to his newfound friends Spider-Man is about to take his great power and great responsibility across the globe.
Unfortunately, where the wallcrawler goes, chaos usually follows! And Spidey and the W.E.B. are about to run right into a big, green and angry example of
chaos personified! Collecting W.E.B. OF SPIDER-MAN (2021) #1-5.