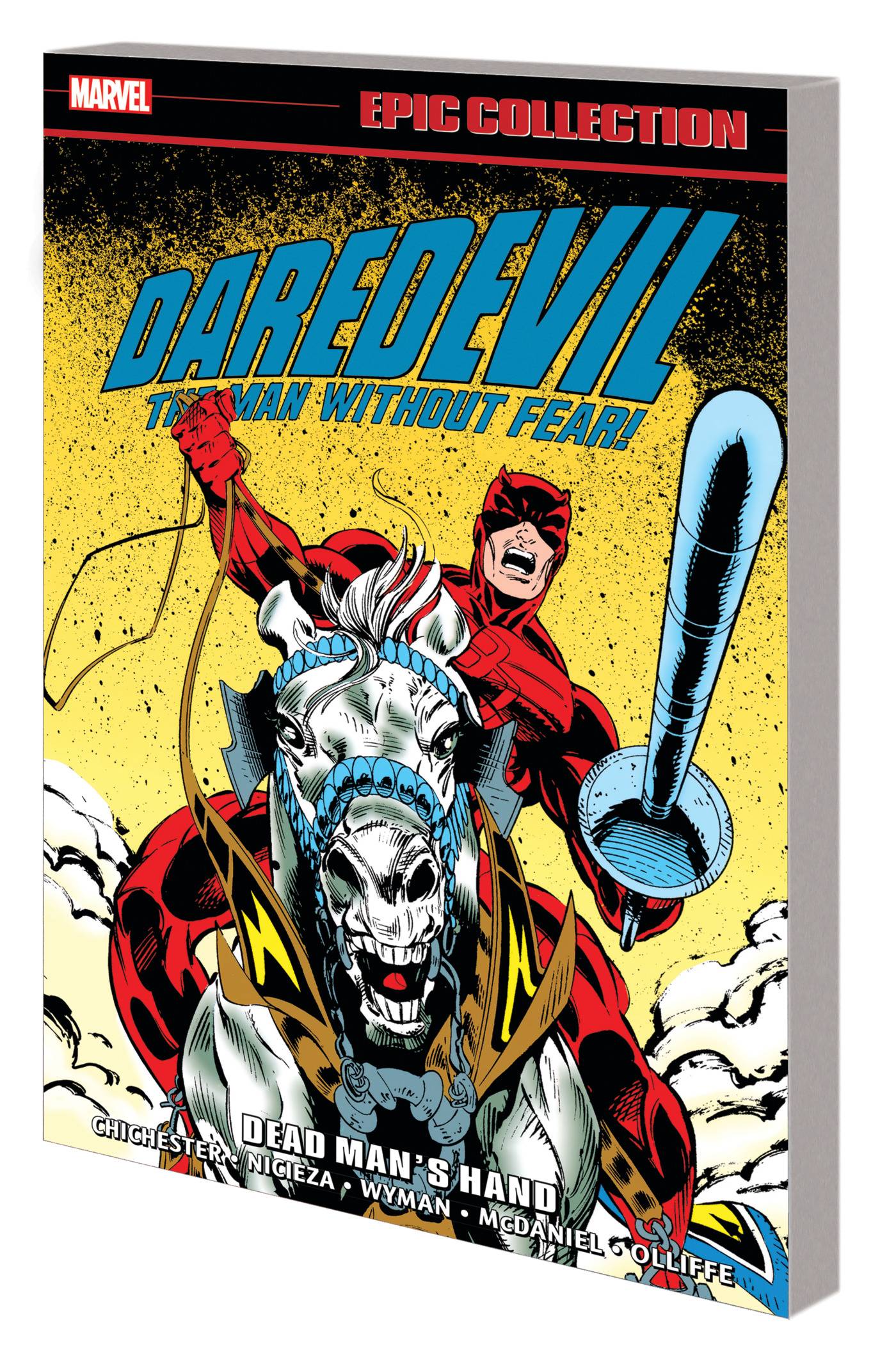 #
AUG211303
(W) D.G. Chichester, More (A) M. C. Wyman, More (CA) Scott McDaniel
Who will claim the Kingpin's empire? Wilson Fisk has fallen - and would-be crime lord the Owl sinks his talons into New York City! Meanwhile, the sinister Surgeon General slices her way through unsuspecting victims - and her next "patients" may be Daredevil and Spider-Man! But when Nelson & Murdock roll the dice on a big case in Las Vegas, DD finds a cabal of criminals looking to step into Fisk's oversized shoes! With Tombstone, Hammerhead, Silvermane and Justin Hammer mingling with representatives of Hydra, the Secret Empire, the Hand and more, chaos is in the cards - and when violent vigilantes Nomad and the Punisher arrive in Sin City, all bets are off! Plus: Can Daredevil defeat his own twisted doppelganger? Collecting DAREDEVIL (1964) #301-311 and ANNUAL
#8, NOMAD (1992) #4-6, PUNISHER WAR JOURNAL (1988) #45-47 and material from MARVEL HOLIDAY SPECIAL #2.