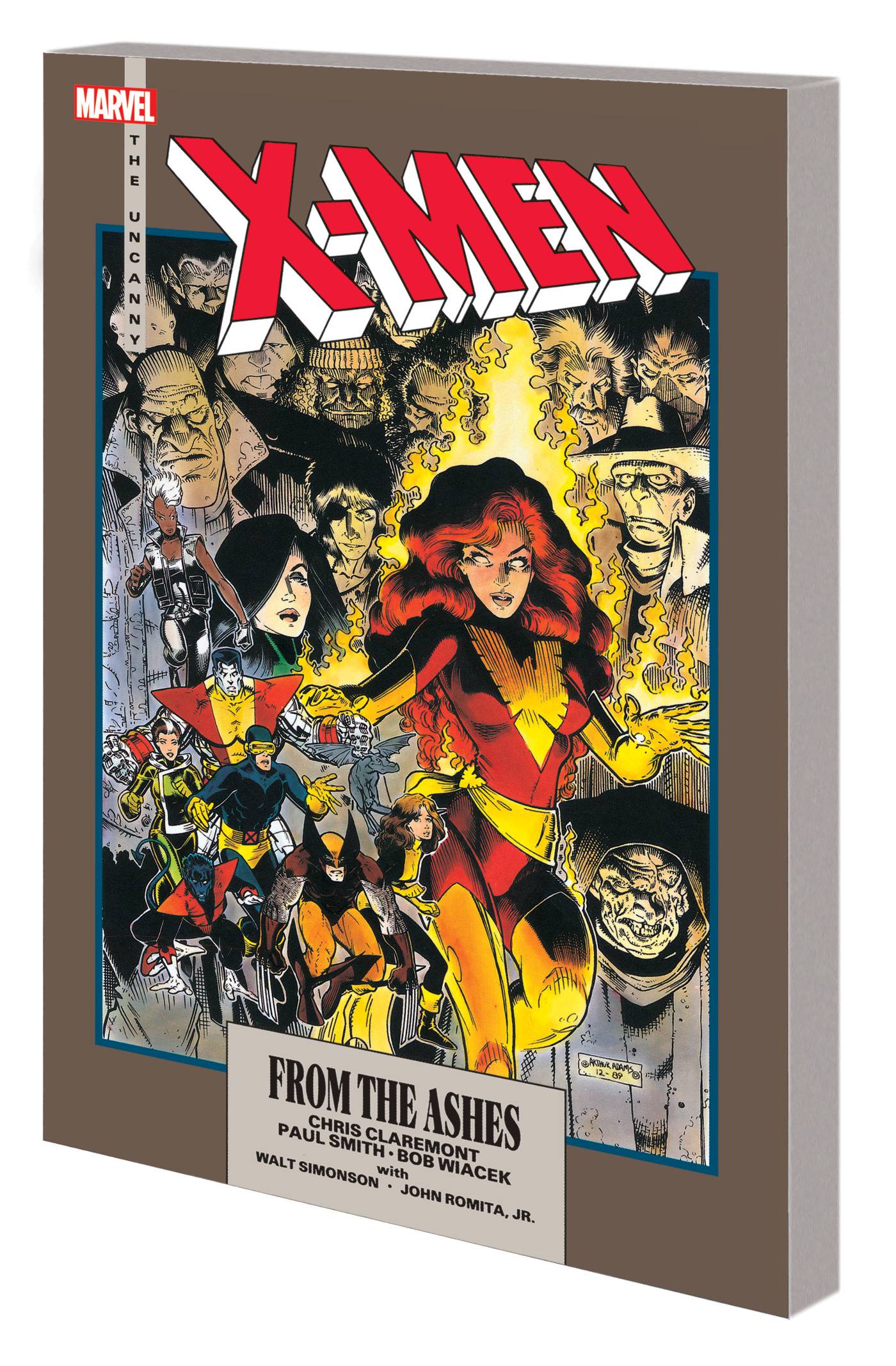 #
AUG211300
(W) Chris Claremont (A) Paul Smith, More (CA) Art Adams
Is the Phoenix rising again? Chris Claremont and Paul Smith's classic UNCANNY X-MEN
arc puts the team through major changes - and a test of faith! It's the start of a beautiful
friendship between Kitty Pryde and Lockheed, but why does Kitty think Professor Xavier
is a jerk? Storm battles Callisto, leader of the outcast mutant Morlocks - but why is
Storm so unsettled, and what will she do to resolve her inner conflicts? Meanwhile,
Rogue joins the X-Men, but how will the team react to the addition of their former foe?
Wolverine and Mariko Yashida are engaged - but surprises await the X-Men in Japan!
And Cyclops has a new love in Madelyne Pryor...but clues that Dark Phoenix is
returning begin to point heartbreakingly close to home! Experience one of the
X-Men's most beloved storylines! Collecting UNCANNY X-MEN (1981) #168-176.