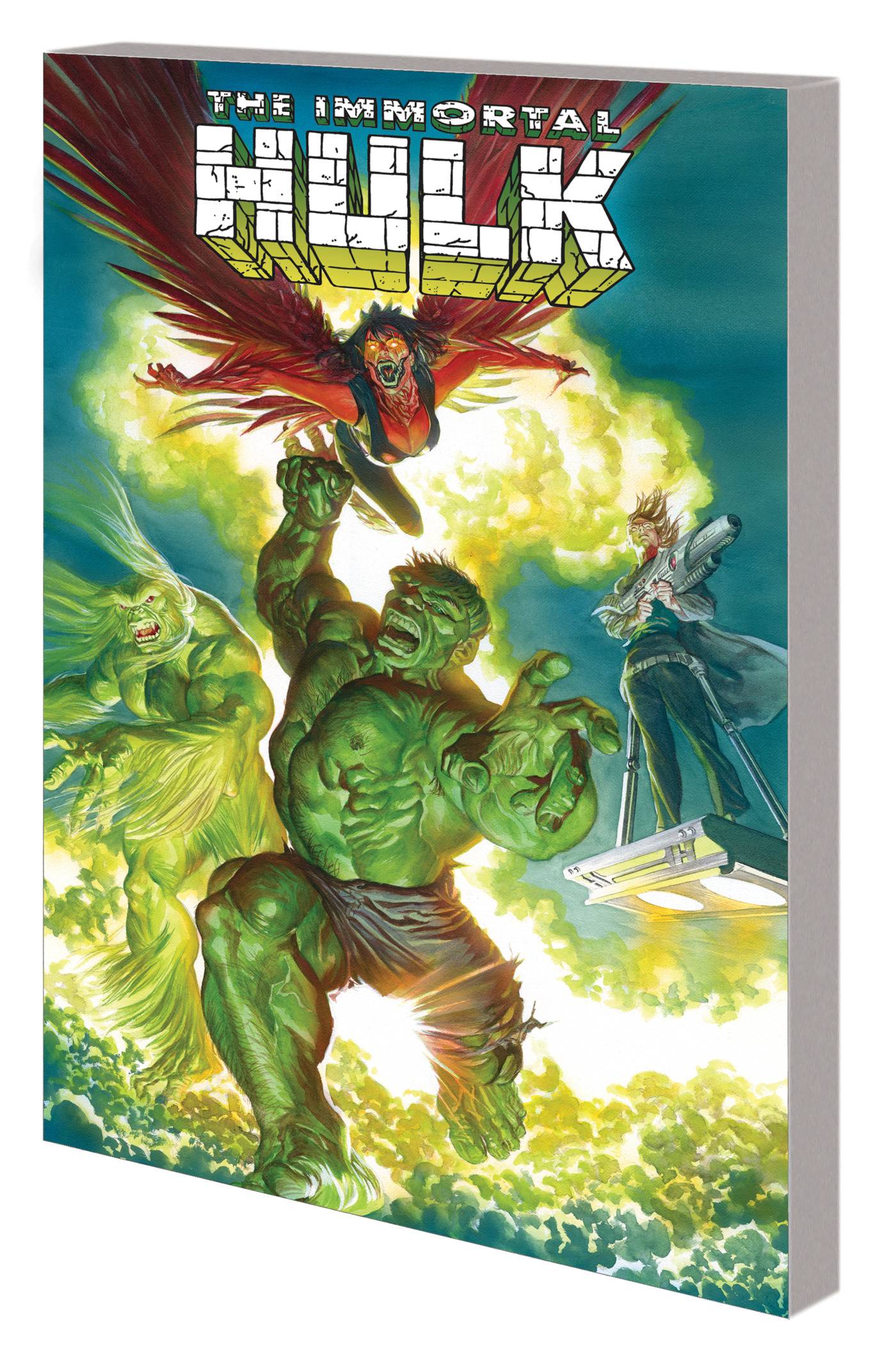 #
AUG211298
(W) Al Ewing (A) Joe Bennett (CA) Alex Ross
The gamma monsters are back - converging, one by one, on New York City. Who can stop them now? Who can save us...from the immortal Hulk? The Avengers will give it their best shot - but last time, they destroyed an entire town while fighting the Hulk. Now they're in the middle of New York, about to take on a very different kind of monster... and it's become personal. In the wake of this earth-shattering confrontation, a shaken Hulk will turn to the one person who always understood him. It's finally time for truths to be told, but will it be Betty Banner who tells them...or the Red Harpy? And how will they affect the eternal life of the immortal Hulk?! Al Ewing and Joe Bennett's acclaimed run reaches its horrific end! Abandon hope, all ye who enter here! Collecting IMMORTAL HULK #46-50.