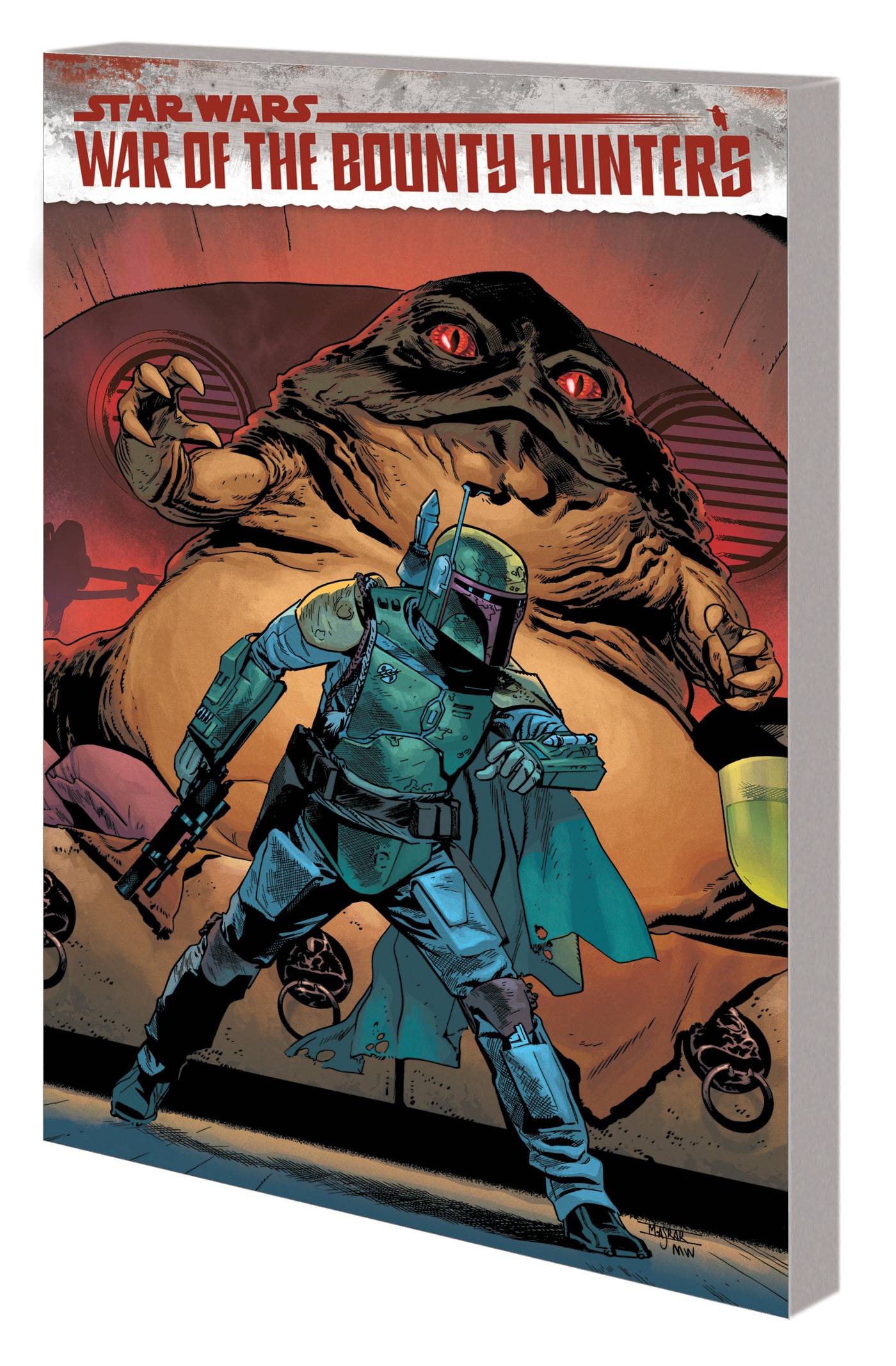 #
AUG211294
(W) Justina Ireland, More (A) Luca Pizzari, More (CA) Mahmud A. Asrar
You will never find a more wretched collection of scum and villainy! As Boba Fett's simple mission to deliver the carbonite-frozen Han Solo and collect his payday erupts into chaos and the War of the Bounty Hunters engulfs the galaxy, fan-favorites from the darker side of the Star Wars universe get their chances to shine! Failed by his most trusted bounty hunter, Jabba the Hutt hires a bounty hunter from the High Republic - Deva Lompop! The team supreme is divided as 4-LOM battles Zuckuss - but what could tear them apart? The secret origin of Boushh is revealed as the legendary warrior is hired to assassinate Domina
Tagge! And the homicidal droid IG-88 explodes into action! Collecting STAR WARS: WAR OF THE BOUNTY HUNTERS - JABBA THE HUTT, 4-LOM & ZUCKUSS, BOUSHH and IG-88.