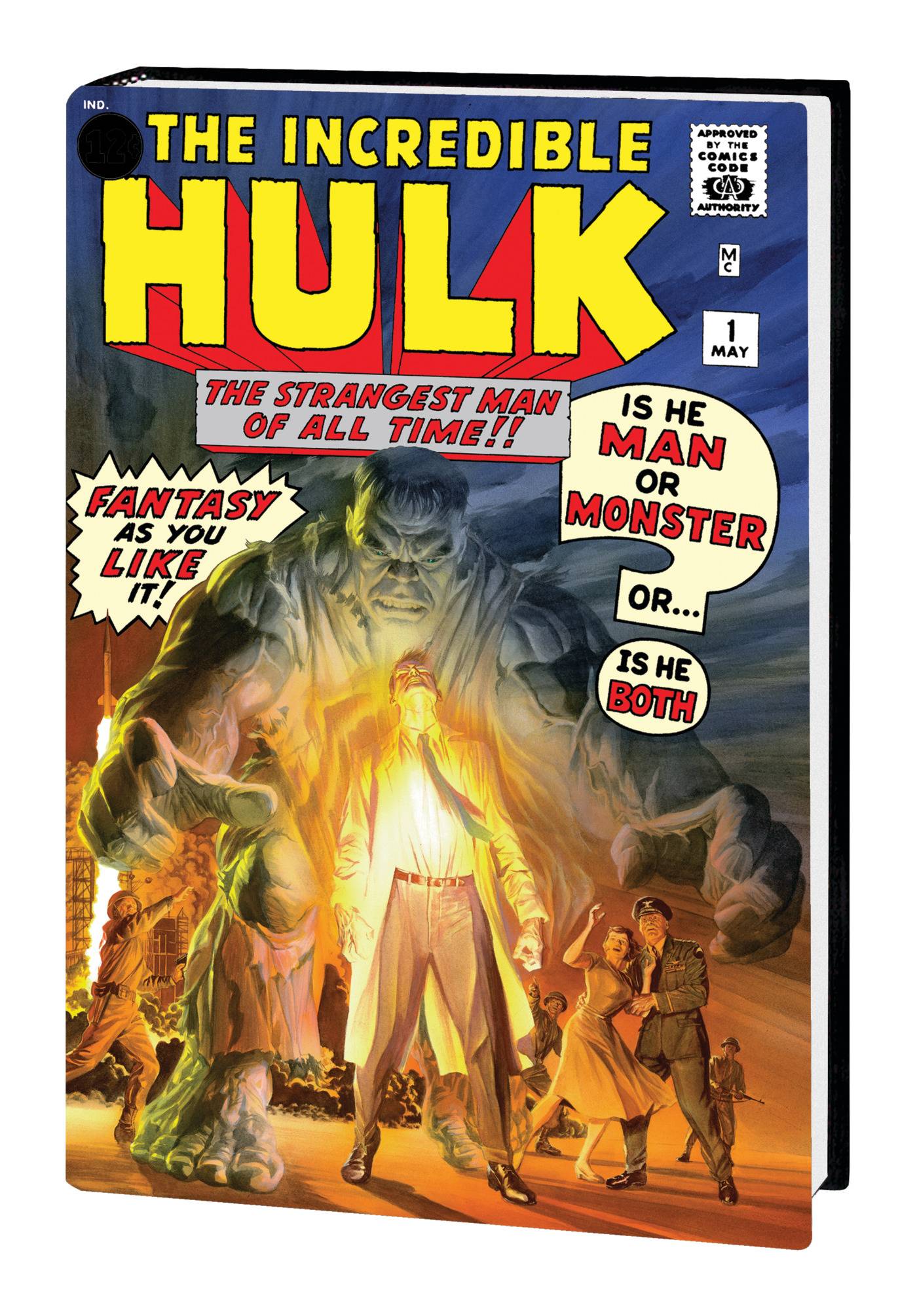 #
AUG211285
(W) Stan Lee, Gary Friedrich (A) Jack Kirby, More (CA) Alex Ross
Dr. Robert Bruce Banner may be a mild-mannered scientist, but after being caught in a gamma bomb explosion, he was transformed into the unstoppable engine of destruction known as the Incredible Hulk! From the earliest Stan Lee/Jack Kirby issues that put an irradiated angle on the Dr. Jekyll/Mr. Hyde complex, to Steve Ditko's psychological slobberknockers in TALES TO ASTONISH and the Jade Giant's return to his own solo series, Marvel is proud to present everyone's favorite man-monster from the very beginning! Featuring General Thunderbolt Ross; Betty Ross, the tortured woman who loves Bruce Banner; vile villains from the Leader to the Abomination; and earth-shaking battles against the Silver Surfer, Thor, Giant-Man, Namor, Hercules and more! Collecting INCREDIBLE HULK (1962) #1-6, TALES TO ASTONISH (1959) #100, INCREDIBLE HULK (1968) #102, and material from TALES TO ASTONISH (1959) #59-99 and #101.