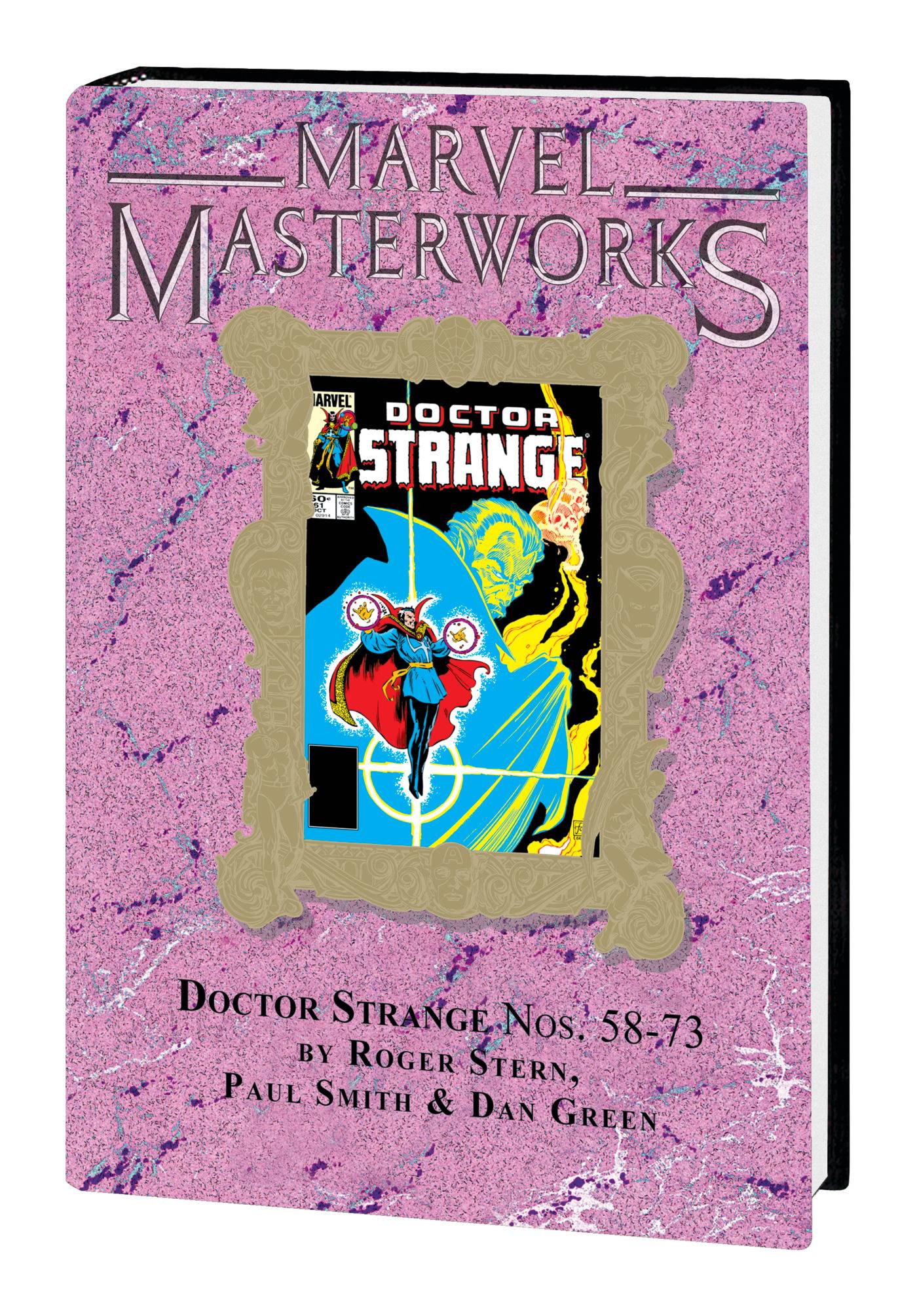 #
AUG211284
(W) Roger Stern, More (A) Paul Smith, More (CA) Frank Cirocco
The Marvel Masterworks reach the epic finale of legendary writer Roger Stern's DOCTOR STRANGE run! He's joined by Paul Smith and Dan Green and a host of top guest-artists all of whom add their beautifully-crafted visuals to the magical milieu. These master storytellers will introduce Dr. Stephen Strange to some of his toughest challenges yet: Dracula is in pursuit of the mythical book of demonic power - the Darkhold! Scarlet Witch, Monica Rambeau, Blade and Hannibal King join forces with Doctor Strange to keep it from the Lord of the Vampires! Then, the curse of the Ebony Blade has driven the Black Knight mad.Can Doc Strange pull him back from the brink? Plus: Clea wages war to end Umar's reign over the Dark Dimension! Collecting DOCTOR STRANGE (1974) #58-73.