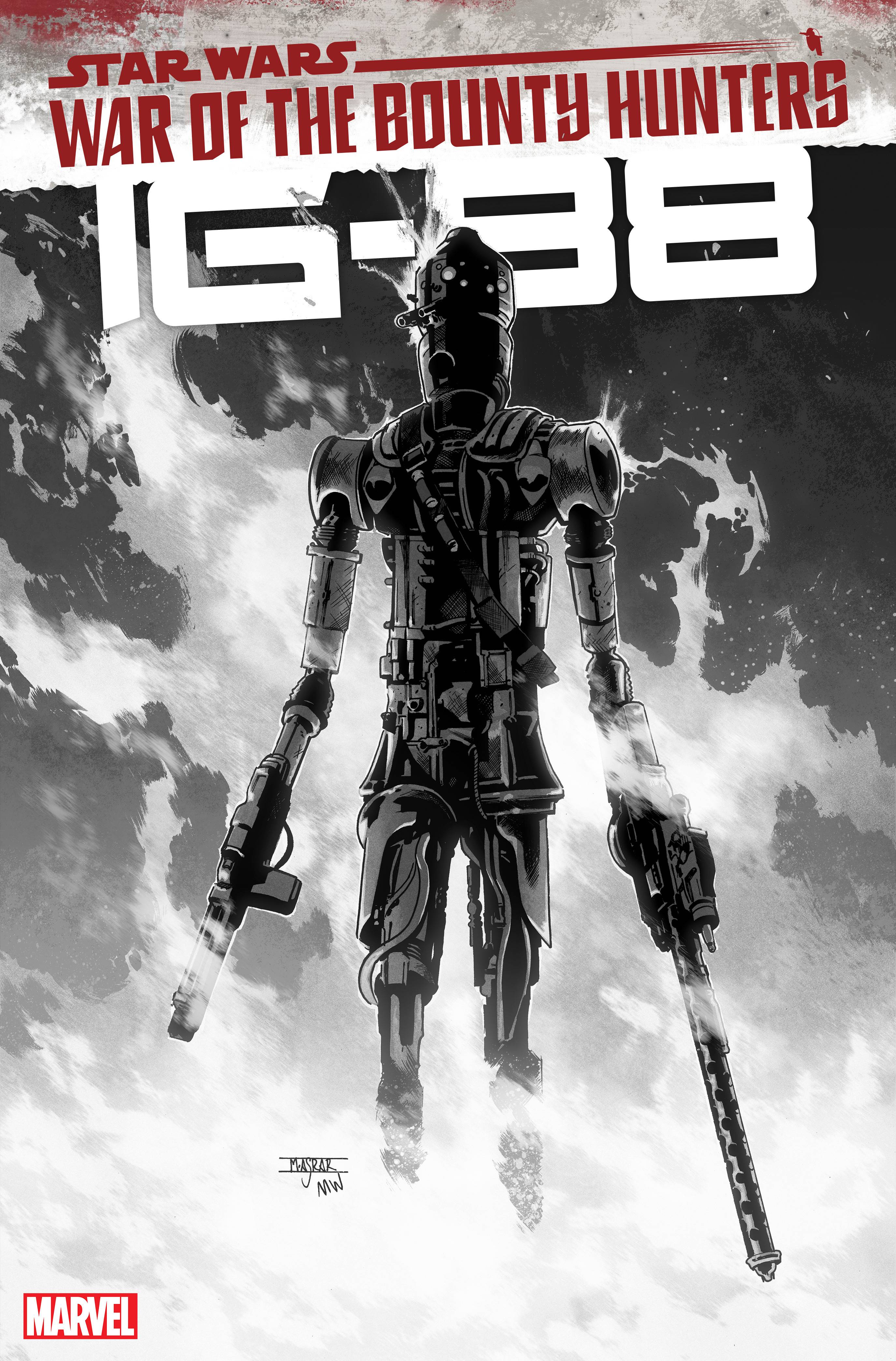 #
AUG211247
(W) Woo Chul Lee (A) Guiu Vilanova (CA) Mahmud A. Asrar
NO ONE CAN DEFEAT IG-88! WAR OF THE BOUNTY HUNTERS TIE-IN!
IG-88 is an advanced assassin droid designed for death, destruction, and mayhem. Its weapons systems are unparalleled, its design flawless. Yet the galaxy's most sinister droid bounty hunter can still fail. What motivates IG-88's resurrection time and time again? Is it programming or something... more? And can IG-88 find a strategy to overcome its old foe, Boba Fett?! Rodney Barnes' and Guiu Vilanova's one-shot is the fourth of four action-packed
"War of the Bounty Hunters" tie-ins about the criminal underworld's most notorious hunters and scoundrels, all told by the best STAR WARS writers and illustrators in the galaxy.