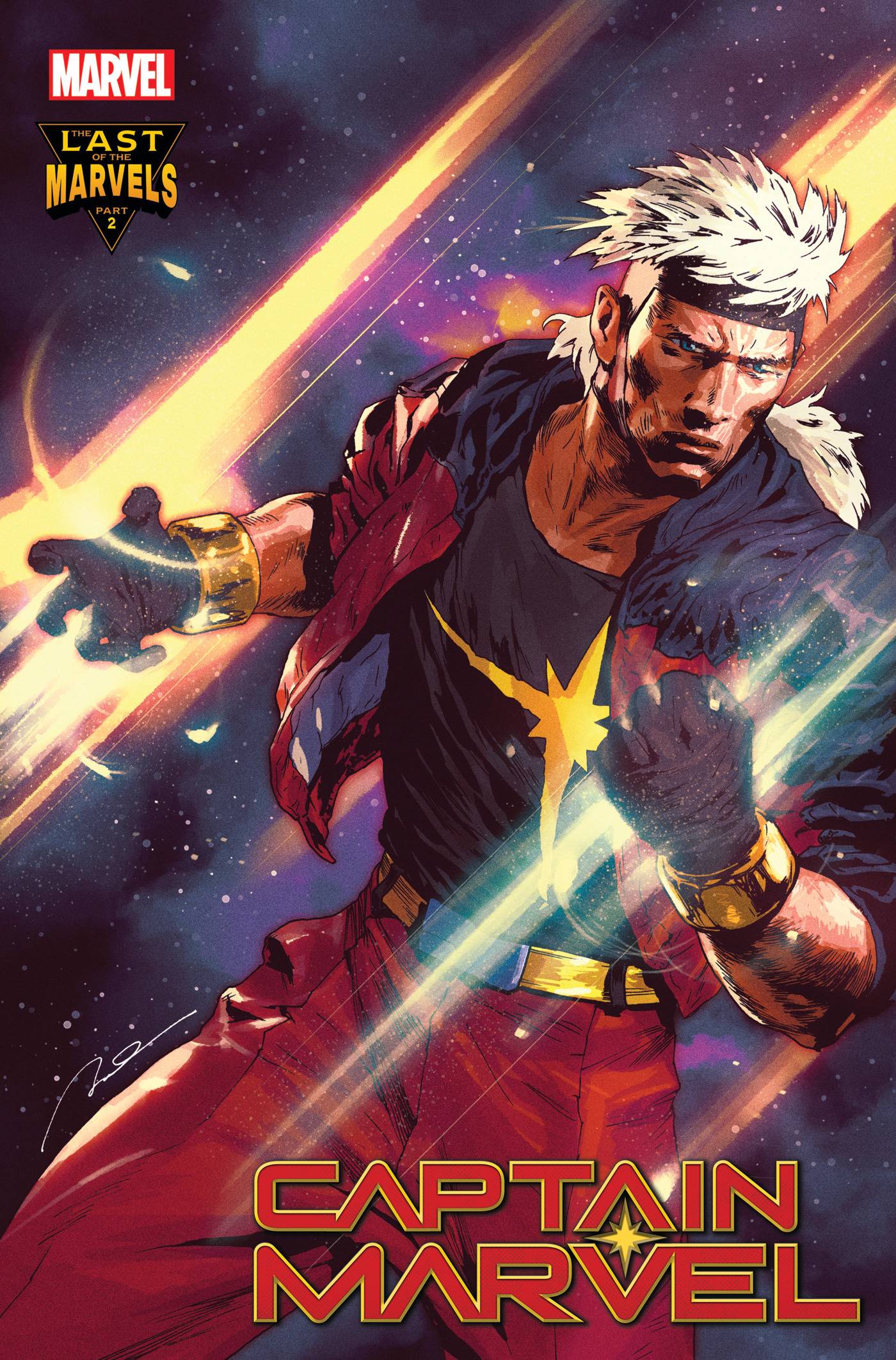 #
AUG211196
(W) Kelly Thompson (A) Sergio Davila (CA) Gerald Parel
"THE LAST OF THE MARVELS" PART 2 The Marvels are under attack! First they came for the captain... now they're after the youngest to bear the title. Carol races to save Kamala
Khan, but no one knows - least of all Carol - what the Dark Marvels are up to next...or who they'll target. And this time, not even the dead are off-limits. Kelly Thompson and Sergio Dávila deliver a shocking reveal - the first of many!