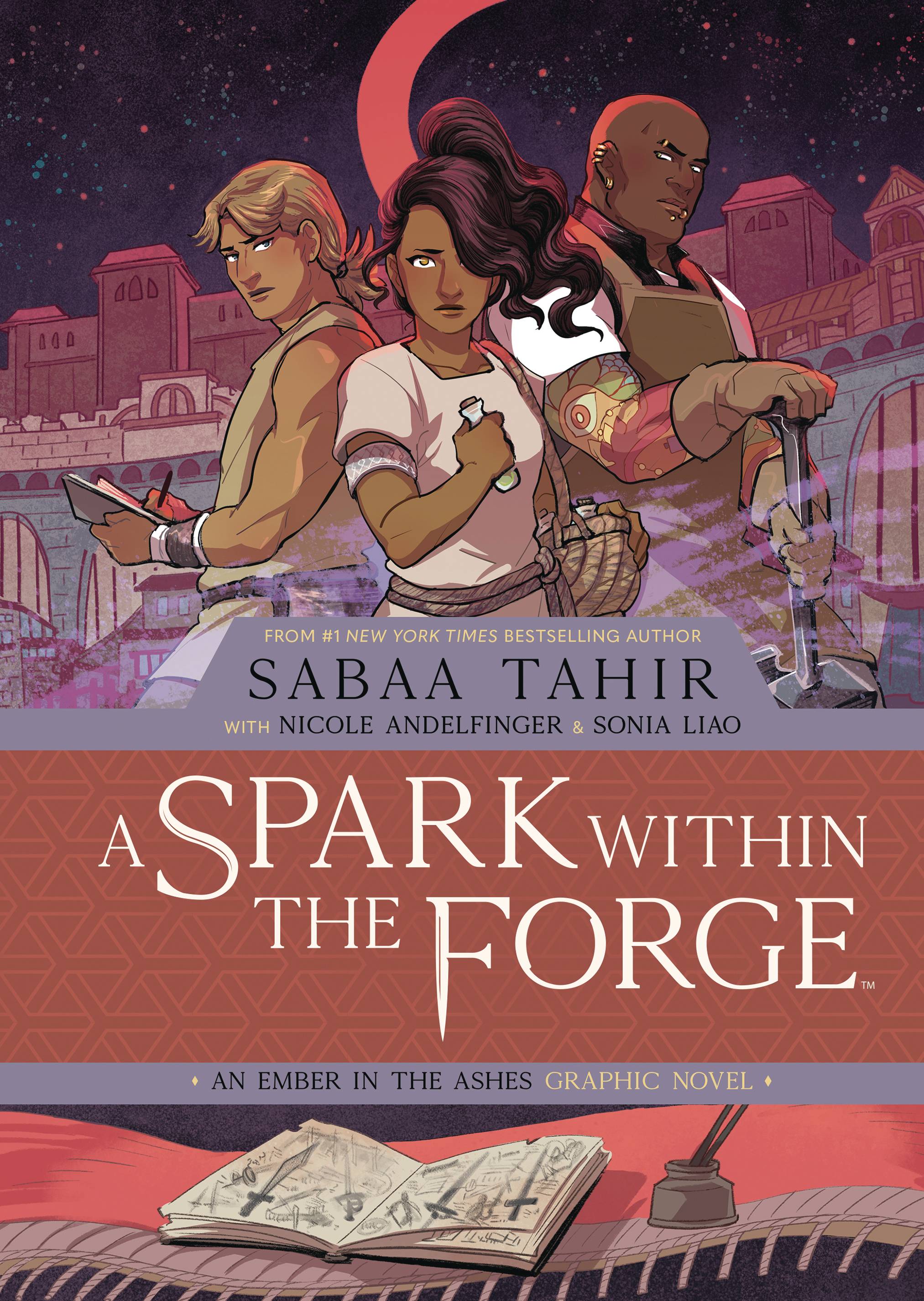 #
AUG210957
(W) Sabaa Tahir, Nicole Andelfinger (A/CA) Sonia Liao
Before they were torn asunder, Laia lived happily and quietly with her Nan, Pop, and brother Darin within the Scholar district of Martial-ruled Serra.

Although Laia is afraid to venture outside her home due to the heavy Martial presence, Darin loves to explore all parts of their home city... even those that are forbidden.

A chance encounter with famed swordsmith Spiro Teluman, who sees in Darin a talent for forging weapons, leads him down a path that pulls him away from his family but towards hope for his people.

Meanwhile, Laia is forced to take her brother's place accompanying Pop to combat a dangerous illness spreading quickly through Serra. When Laia discovers a surprising cure, will she brave exposure and the heavily-patrolled streets so she can save the city and someone she loves?

This all-new original graphic novel set in the world of the New York Times bestselling An Ember in the Ashes novel series reunites novelist Sabaa Tahir and co-writer Nicole Andelfinger (Dragon Prince: Bloodmoon Huntress) with artist Sonia Liao (The Curie Society) to reveal the untold story of rebellion forged in the heart of the Empire!
In Shops: Feb 02, 2022
SRP: $19.99
View All Items In This Series
ORDER SUBSCRIBE WISH LIST