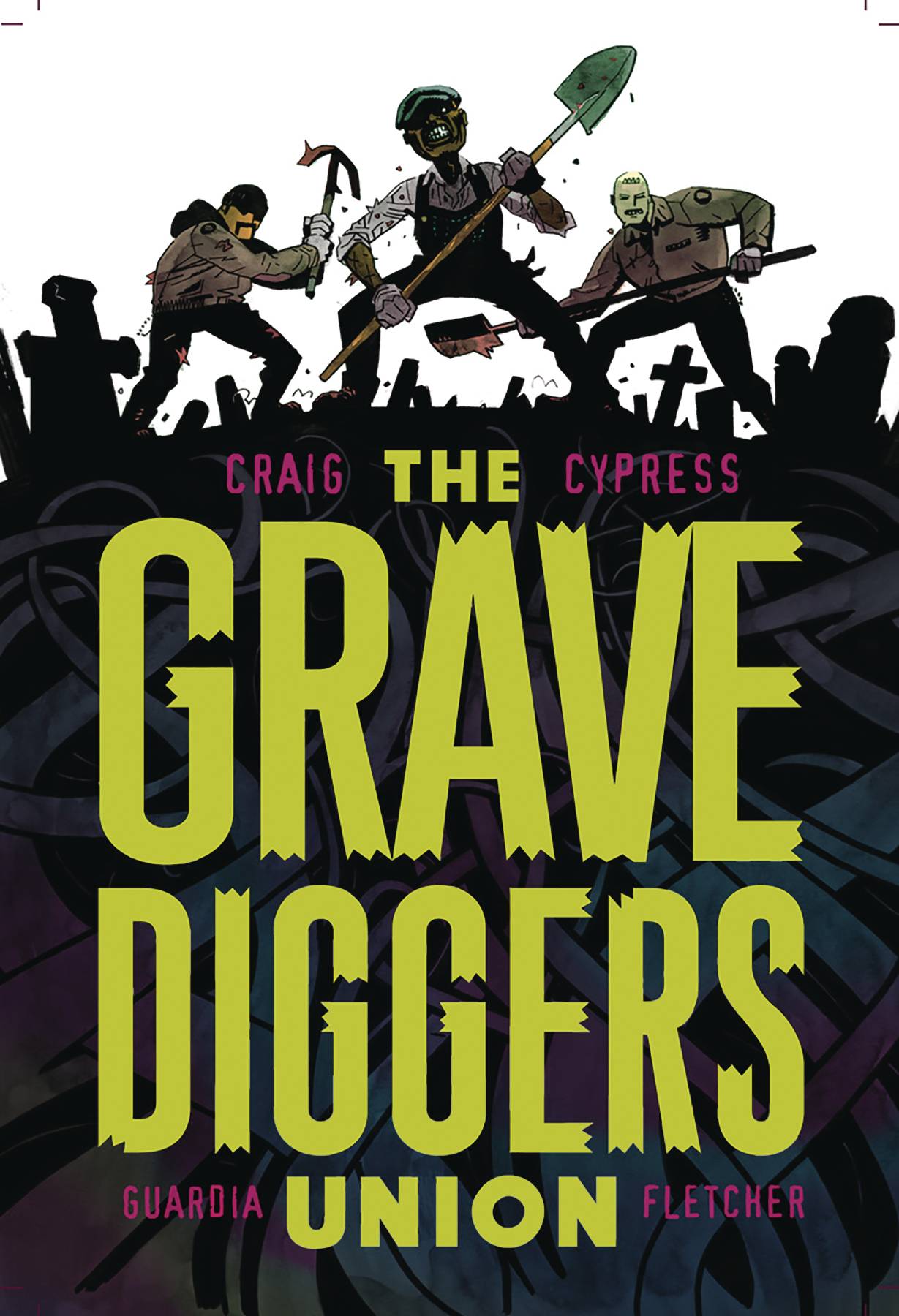 #
AUG210206
(W) Wes Craig (A) Toby Cypress, Wesley Craig (CA) Wes Craig
The supernatural world has gone berserk, and it's all tied to a powerful cult called the Black Temple. They want to unleash ancient dark gods on mankind and bring about the apocalypse. The only thing that stands in their way are Cole, Haley, and Ortiz. They're members of the Gravediggers Union, a brotherhood sworn to defend the living from the undead. At the center of the Black Temple's plan is a street kid named Morgan. She's the key to the coming apocalypse. Also, she's Cole's estranged daughter. To find her, the Gravediggers will have to contend with a witch who hates their guts, a former cult member who used to be the world's biggest movie star, yuppie vampires, steroid-zombies, junk golems... and no overtime pay. DEADLY CLASS co-creator WES CRAIG teams up with artist TOBY CYPRESS (Omega Men) to introduce you to the weird horror of THE GRAVEDIGGERS UNION. Collects THE GRAVEDIGGERS UNION #1-5.
In Shops: Sep 29, 2021
SRP: $16.99
View All Items In This Series