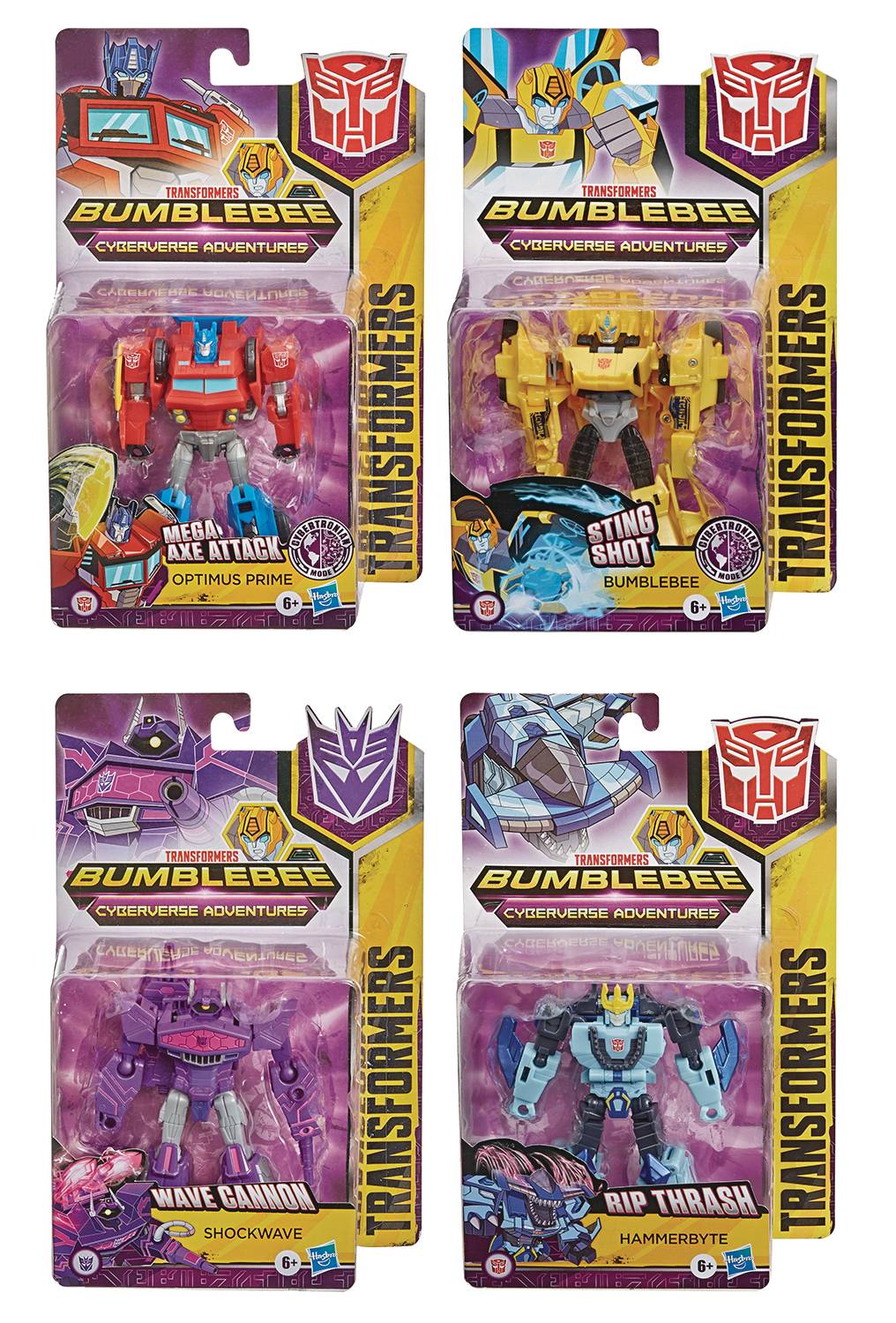 # # # # #
AUG209157
From Hasbro Toy Group. The war between heroic Autobots and evil Decepticons continues on the Cyberverse animated series! Discover the unique powers and skills of each Cyberverse character, and see how those powers will be used to defend Earth... or threaten it. Imagine recreating awesome Cyberverse battles with Warrior Class figures that perform the attack moves featured on the animated series! Explore the unique powers and skills of each character while bringing the epic adventures of Cyberverse to life. Look for other Action Attackers figures, each sold separately, to discover the signature attack moves of favorite Cyberverse characters! Series 202001 includes Optimus Prime, Shockwave, Bumblebee, and Hammerbyte. Series 202002 includes Optimus Prime, Megatron, Bumblebee, and Gnaw.