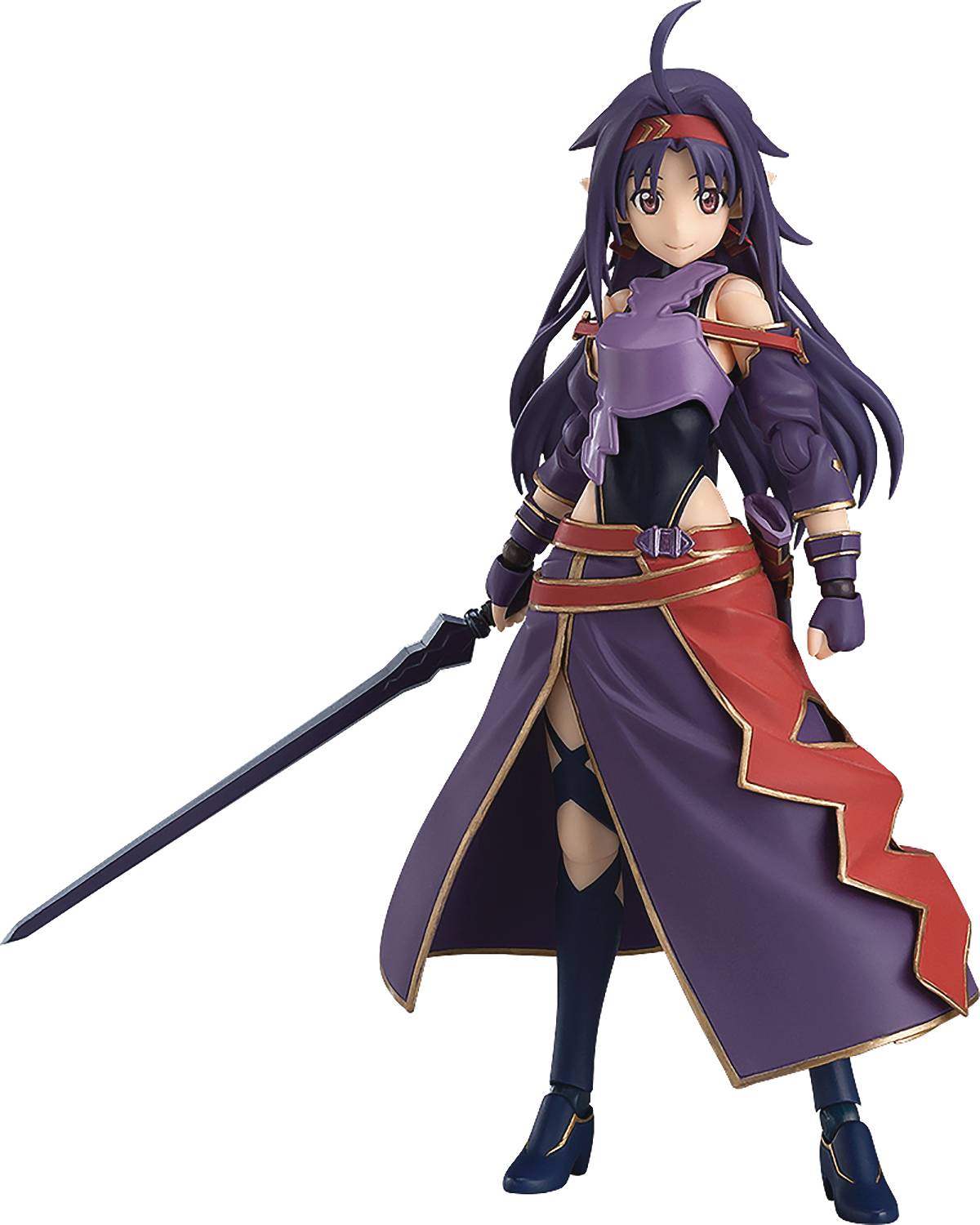 # # # #
AUG208525
From MAX Factory. New Production Run! From the anime series Sword Art Online Alicization: War of Underworld comes a rerelease of the figma of Yuuki, the Absolute Sword! A flexible plastic is used for important areas, allowing proportions to be kept without compromising posability. She comes with three expressions including a smiling, a shouting, and an innocent smiling expression. Optional parts include Yuuki's one-handed sword, a scroll of the OSS Skill she gave to Asuna as well as articulated wings. She also comes with holding hand parts which can be used together with the previously released figma Asuna: ALO ver, and an articulated figma stand is included, which allows various poses to be taken.