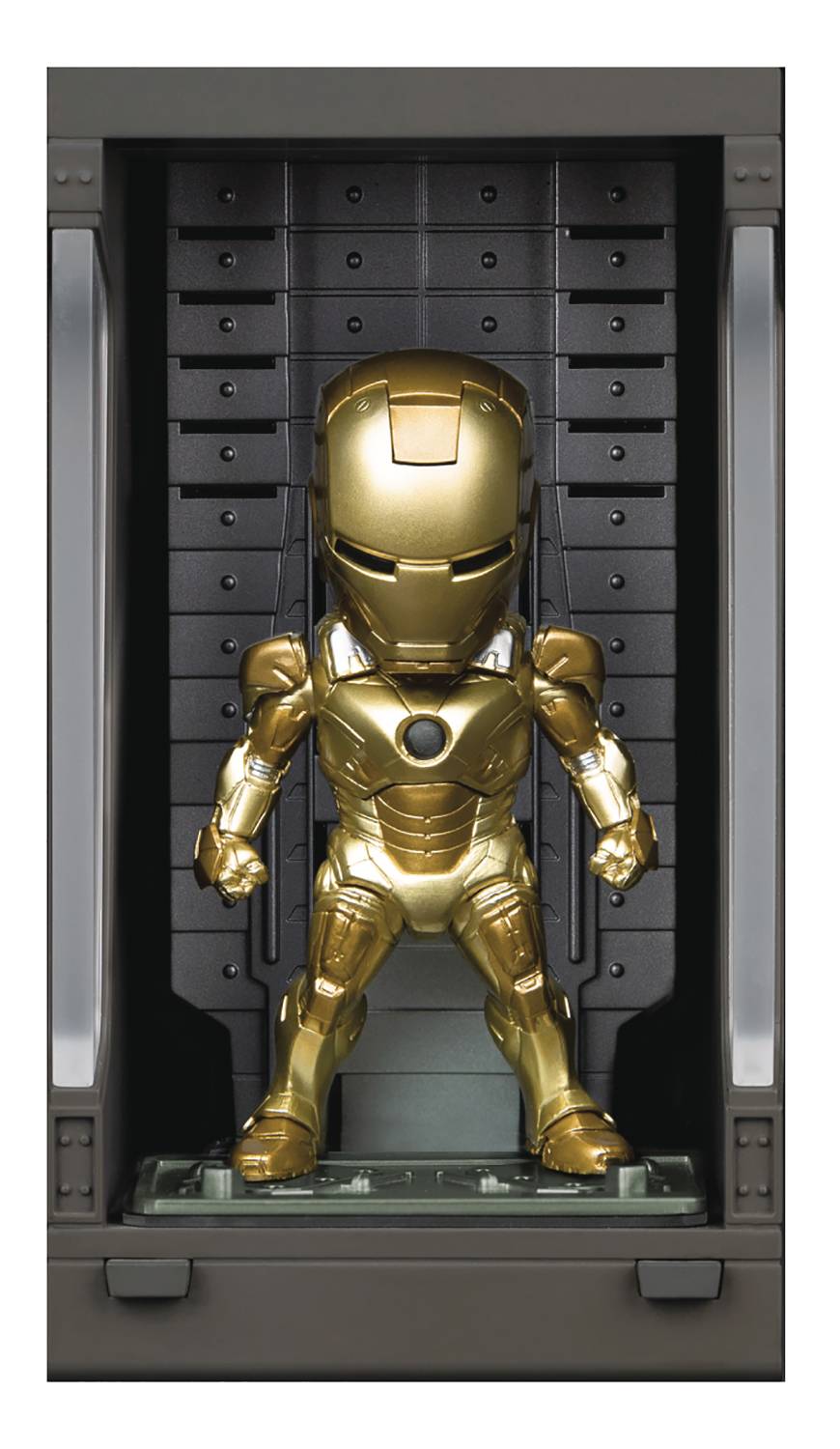 # # #
AUG208130
From Beast Kingdom. Beast Kingdom presents a new 3" product in the wake of the popular MEA-015 MK1-7 Iron Man 3 series. In so fans can expand their own Hall of Armor, Beast Kingdom is adding more suits from both Iron Man 3 and Avengers: Age of Ultron! Both the Iron Man figures and the Hall of Armor have light-emitting capabilities. The color and details in the painting faithfully recreate the 3-inch figures as they appear in the films. Order now and build your own Iron Man Hall of Armor!
In Shops: Feb 24, 2021
SRP: $26.99