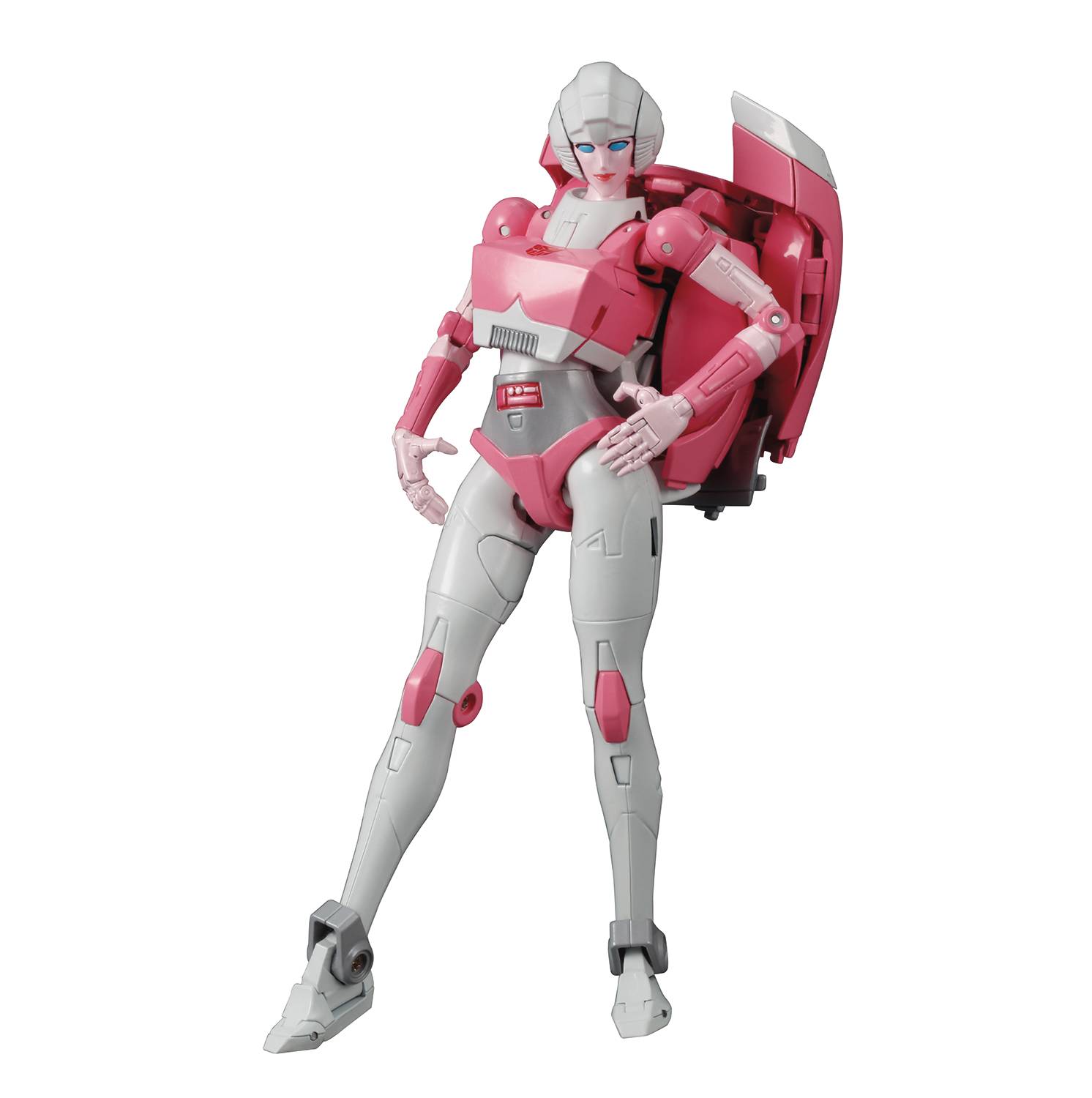 # # # # # #
AUG202255
In the Transformers Masterpiece series, Arcee, a female-type cybertron member appeared in the anime Transformers 2010 and also being active in subsequent anime and movies, is finally here! MP-51 Arcee thoroughly reproduces the styling of Arcee that appeared in Transformers 2010. In the robot mode, the backpack is made as compact as possible that reproduces the attractive styling of the female robot Arcee in the animation. Just like a deformed female transformer, Arcee in the vehicle mode reproduces a future car type vehicle with a beautiful curved line.
In Shops: Dec 30, 2020
SRP: $149.99