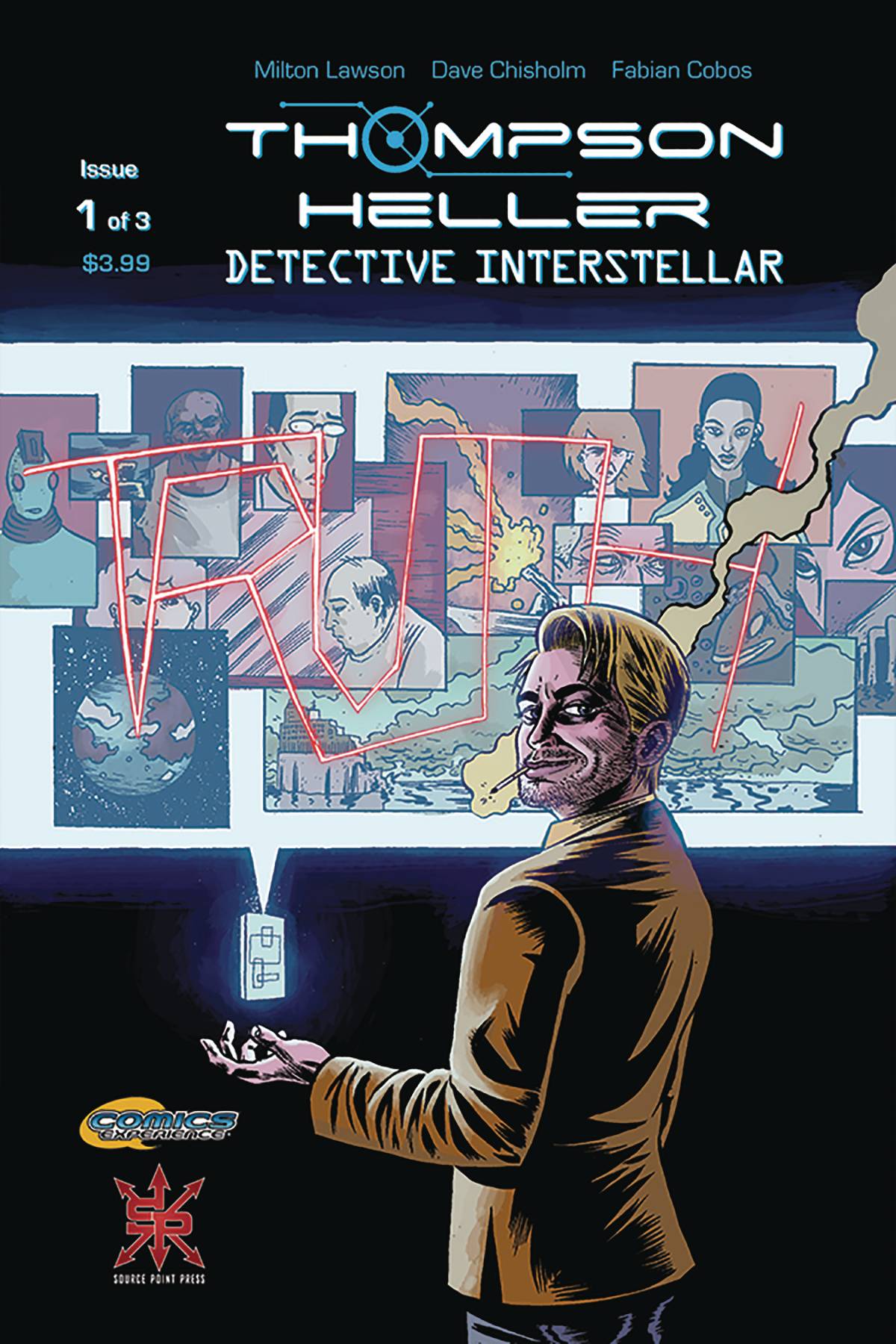 #
AUG201595
(W) Milton Lawson (A) Dave Chisholm
Thompson Heller, a private detective who travels the stars solving cases that have political or moral intrigue, travels to a faraway planet to help an old friend accused of murder. Heller doesn't believe his friend is guilty, but video surveillance seems to prove otherwise. While on the case, Heller sees friction in his romantic life. He's falling in love with his recurring intellectual sparring partner, a prominent religious academic. The complication arises from the fact that he's the most prominent atheist in the galaxy. Another impossible case for the man whose friends call him "Hell!"
In Shops: Nov 04, 2020
SRP: $3.99
View All Items In This Series
ORDER SUBSCRIBE WISH LIST