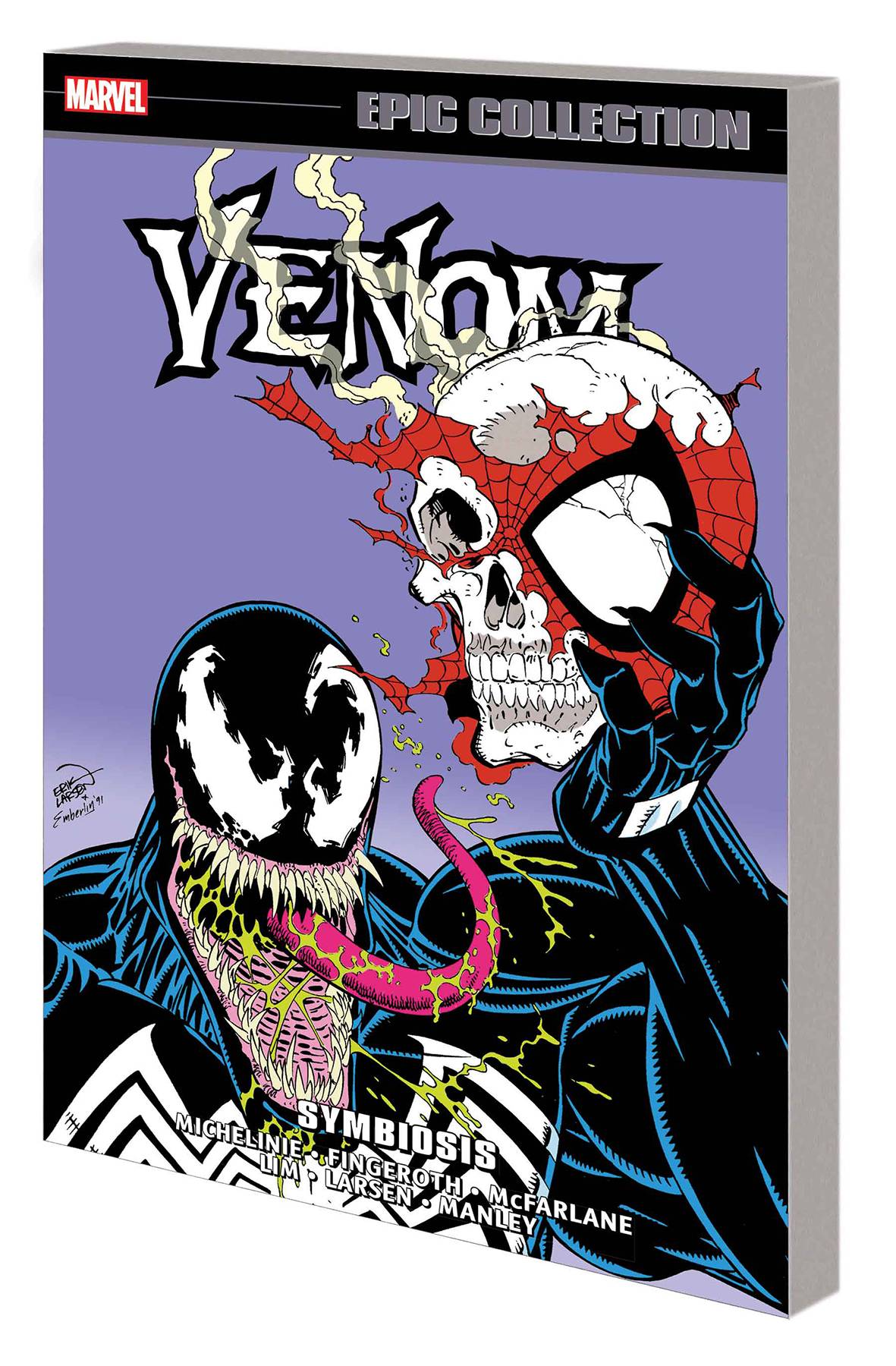 #
AUG200757
(W) Tom DeFalco, David Michelinie, Louise Simonson, Danny Fingeroth (A) Ron Frenz, Todd MacFarlane, Ron Lim, Greg LaRocque, Mike Manley, Aaron Lopresti, More (A/CA) Erik Larsen
Venom goes Epic! When Spider-Man learns that his black costume is secretly an alien symbiote, he rejects the suit - and the spurned creature soon finds a new host! Disgraced reporter Eddie Brock has reasons of his own to hate Spider-Man, and together the two merge into the twisted engine of revenge known as Venom -and a rivalry for the ages begins! Venom has the same powers as Spider-Man - but he's bigger, stronger and doesn't trigger his spider-sense. And he knows Spidey's secret identity! Against such a dangerous, determined and deadly foe, how far will Spider-Man have to go to survive? Collecting AMAZING SPIDER-MAN (1963) #258, #300, #315-317, #332-333 and #346-347; WEB OF SPIDER-MAN (1985) #1; AVENGERS: DEATHTRAP - THE VAULT and DARKHAWK #13-14 - plus material from AMAZING SPIDER-MAN (1963) #388 and ANNUAL #25-26, WEB OF SPIDER-MAN ANNUAL #7-8, and SPECTACULAR SPIDER-MAN ANNUAL #12.
Rated T
In Shops: Nov 04, 2020
SRP: $39.99
ORDER WISH LIST