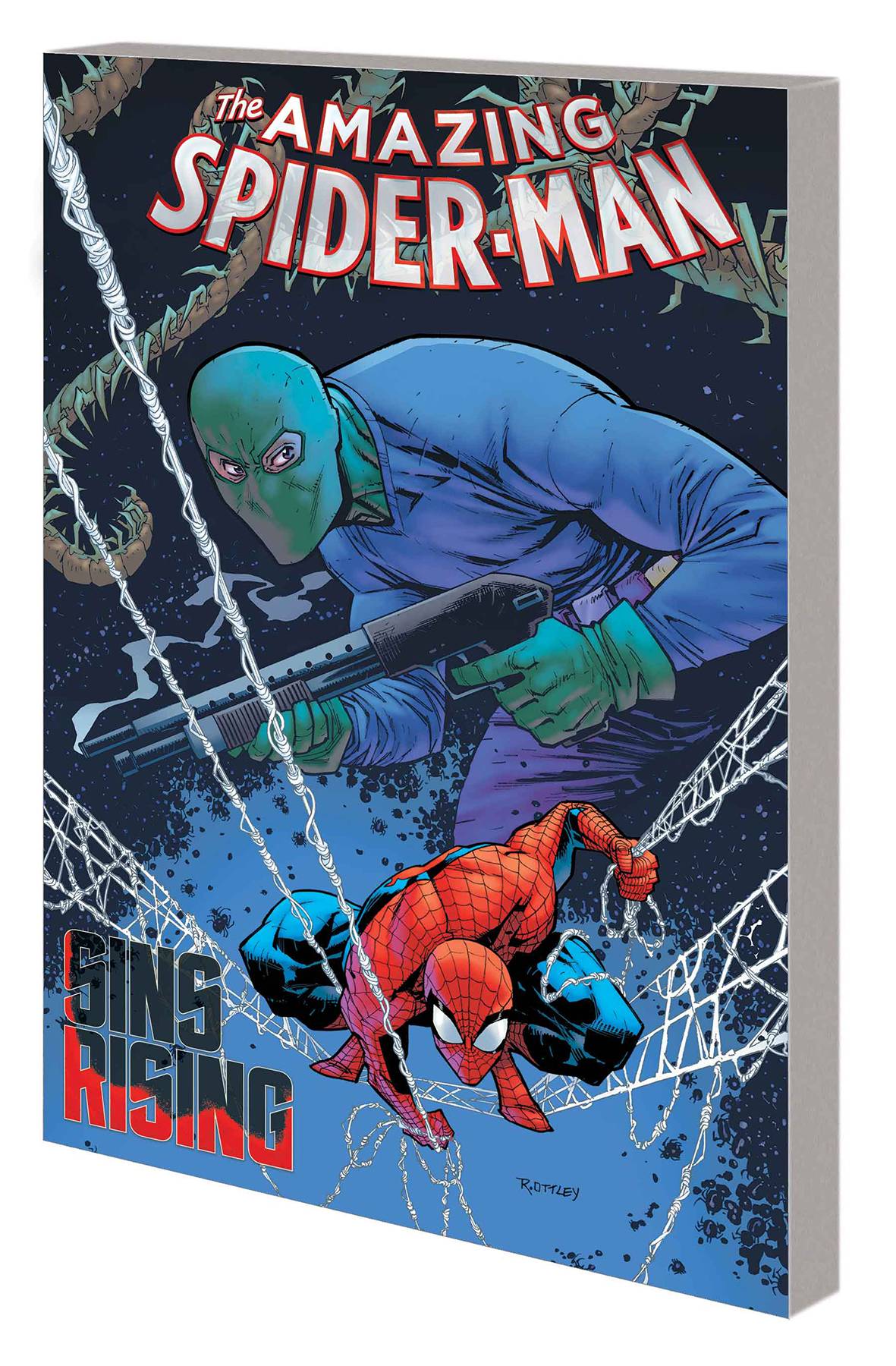 #
AUG200754
(W) Nick Spencer (A) Kim Jacinto, Mark Bagley, Marcelo Ferreira, Guillermo Sanna (CA) Ryan Ottley
For months, perhaps years, he has crawled in the shadows, manipulating events from afar. Now the demon known as Kindred is finally ready to take his revenge - not on Spider-Man, but on Peter Parker! And he's resurrected one of Spidey's most disturbing foes: the fanatical Sin-Eater! But who is the Sin-Eater, and why is it so terrifying that he's back? What secret history will be revealed? And who will the shotgun-toting villain target in the here and now? The Lethal Legion has returned to threaten the Big Apple, but they're about to end up in the Sin-Eater's sights! Can Spider-Man stop the murderous vigilante from taking deadly aim? Should he? And as Sin-Eater's appetite for sins to punish grows greater still, he turns his attention to...the Ravencroft Institute for the Criminally Insane! Collecting AMAZING SPIDER-MAN (2018) #44-47 and AMAZING SPIDER-MAN: SINS RISING.
Rated T
In Shops: Nov 04, 2020
SRP: $17.99
View All Items In This Series
ORDER SUBSCRIBE WISH LIST