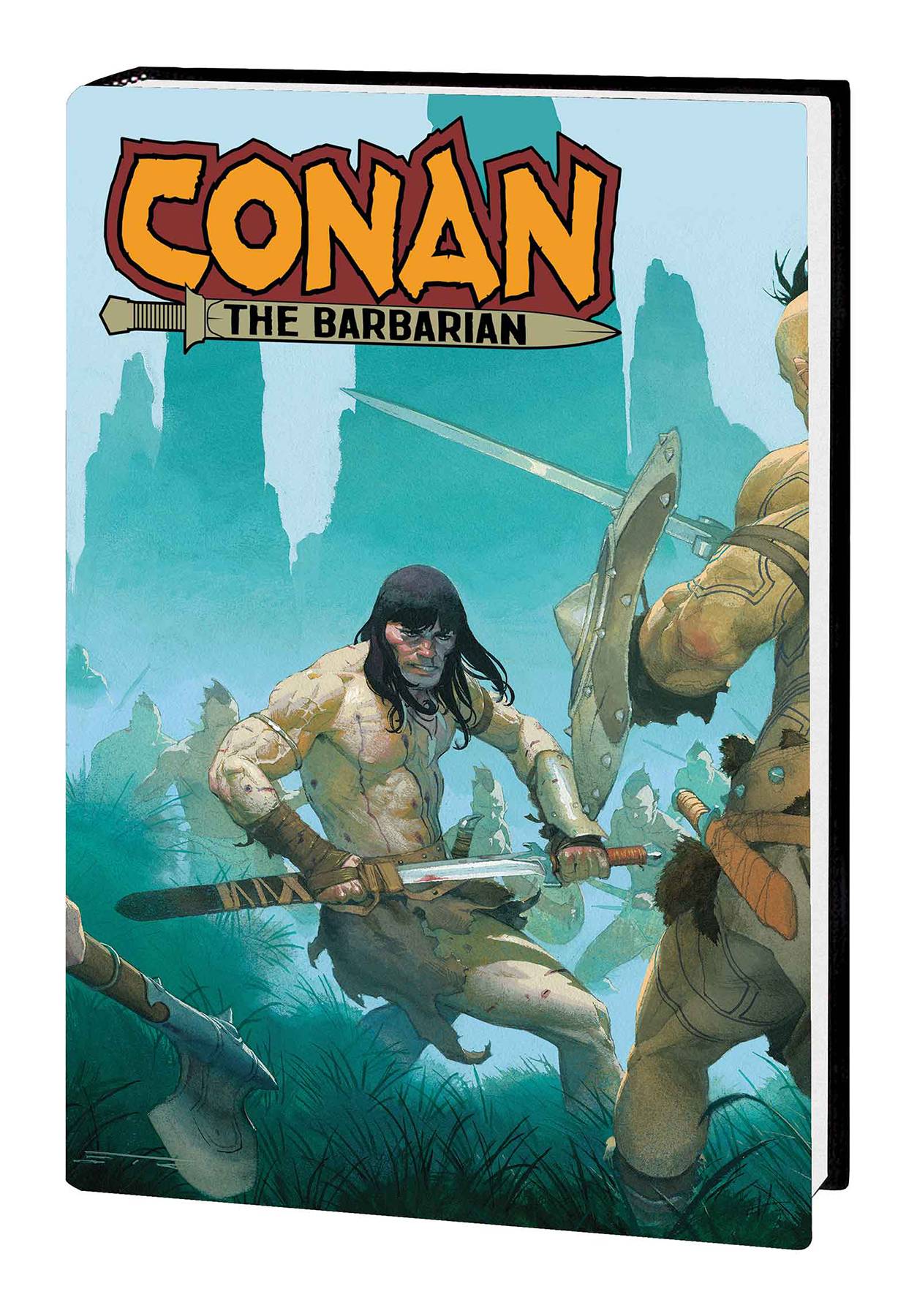 #
AUG200736
(W) Jason Aaron (A) Mahmud Asrar, More (CA) Esad Ribic
The life and death of Conan the Barbarian! The greatest sword-and-sorcery hero of all returns to Marvel, but how long will he survive? Conan's travels have brought him to the far reaches of the unknown, from his birthplace in Cimmeria to the kingdom of Aquilonia and all lands in between - but just as his fighting prowess lets him carve his way through life, so too does it attract the forces of death! And few are more deadly than the Crimson Witch and the terrible wizard Thoth-Amon! As beasts from the past rear their fearsome heads, the Barbarian fights his final battle and meets his ultimate fate - but what lies beyond the veil of life? Could it be...Crom?! Robert E. Howard's legendary barbarian's days are numbered in an all-new saga, and Conan's destiny is forever changed! Collecting CONAN THE BARBARIAN (2019) #1-12.
Parental Advisory
In Shops: Feb 03, 2021
SRP: $34.99