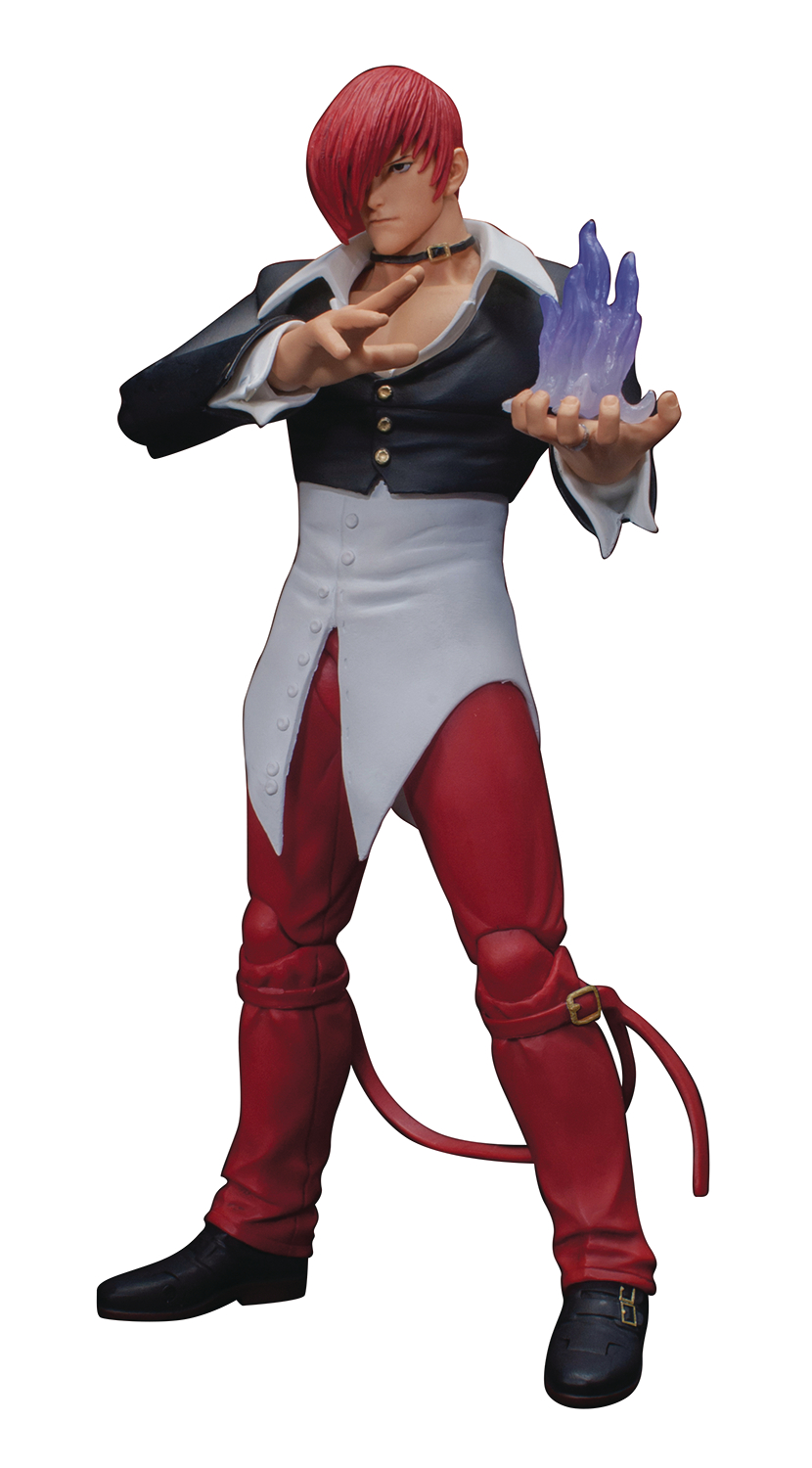 AUG199149
From Storm Collectibles. Iori Yagami is the central recurring character and the initial enemy and eventual rival of Kyo Kusanagi in the early King of Fighters series. Iori has a violent, intense and wild personality, his moves are unique, and his singular choice of hairstyle, wardrobe, and manner of speaking was certainly a personality that broke the mold for characters in all fighting games. Iori's official nickname is Flame of the End. Each character will includes 1/4 part of the Gravity Smash effect . Collect all four and you can create the Omega Rugal's Gravity Smash effect.