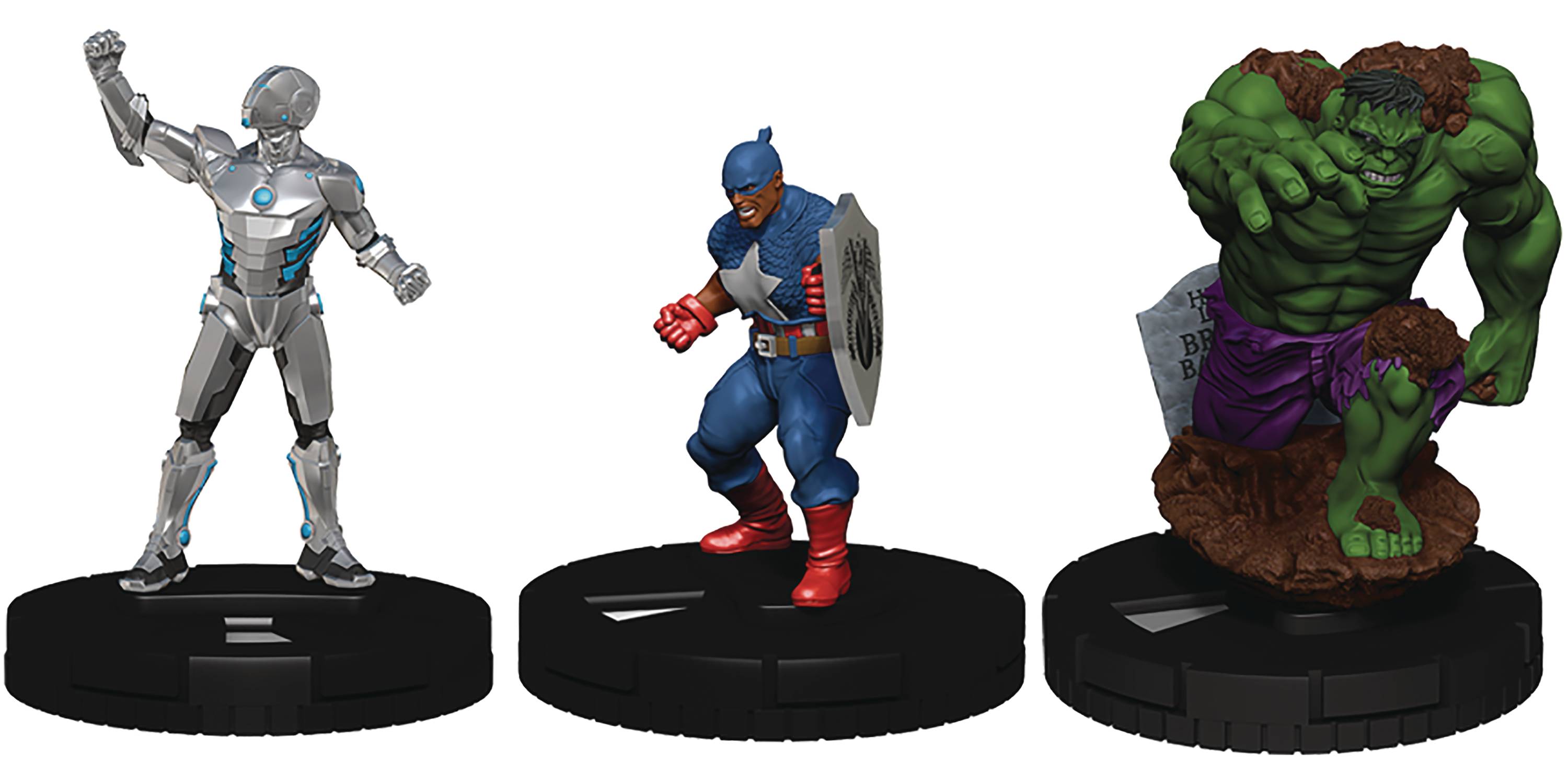 # #
AUG198599
The mantle of Captain America serves as one of the driving forces against evil in many forms. Whether it's been Steve Rogers, Peggy Carter, Isaiah Bradley, or others, they've been a demonstration of good people refusing to tolerate injustice or cruelty. This 5-figure booster release features many fan-favorite sub-themes like the Avengers, Thunderbolts, S.H.I.E.L.D., Stark Industries, and the Masters of Evil, as well as the return of ClixFX bases included with Chase figures and Shifting Focus featuring Iron Man. Marvel fans who aren't reading comics every week are still going to recognize and enjoy this set since it features lots of characters they'll recognize from the MCU, like Nick Fury, Maria Hill, Iron Man, Thor, Hulk, Happy Hogan, Ghost, Hawkeye, Pepper Potts, Ultron, and more!
In Shops: Feb 26, 2020
SRP: $129.90
ORDER WISH LIST