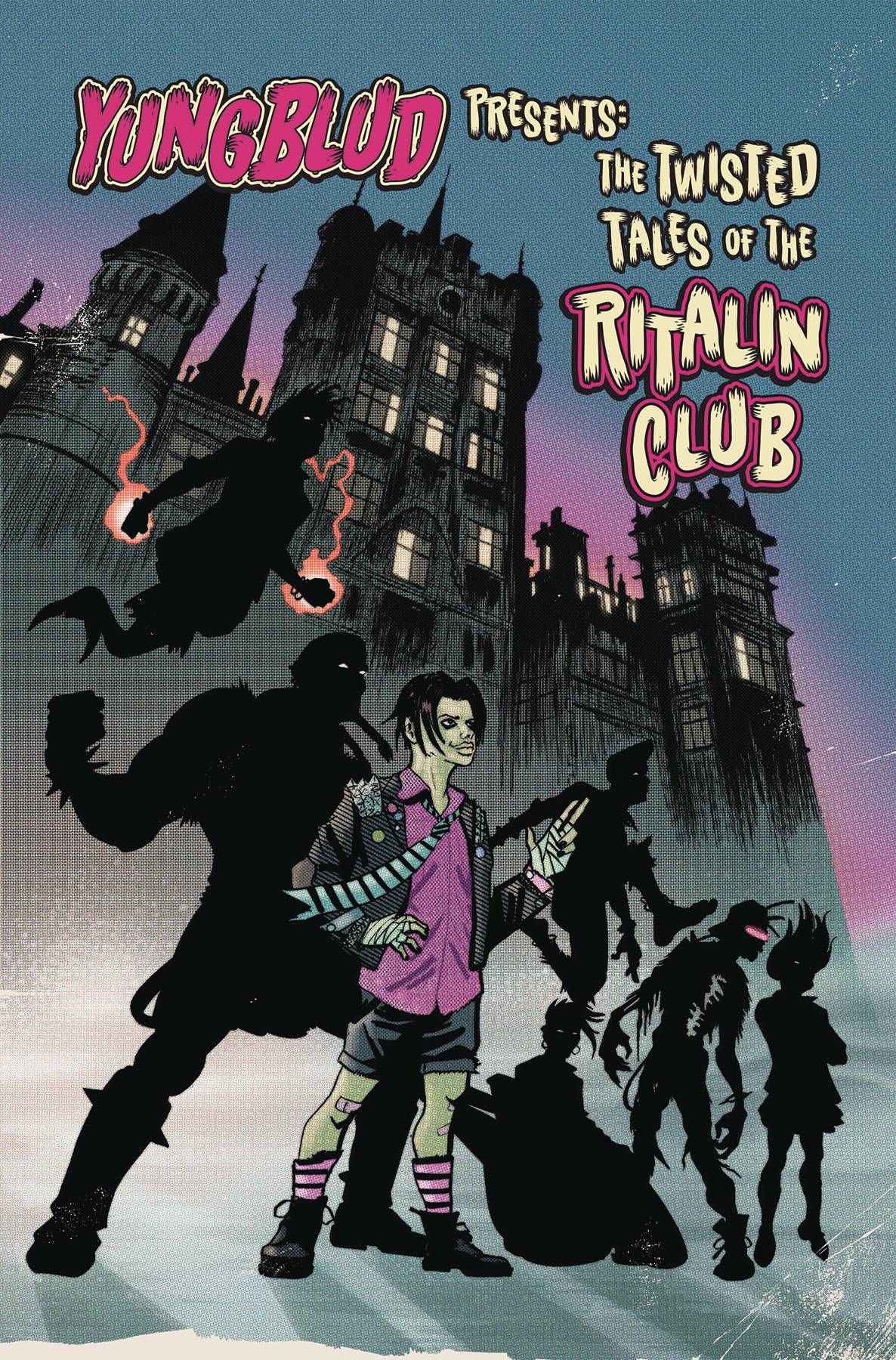 #
AUG192353
(W) Yungblood , Ryan O'Sullivan (A) Various
From the messed-up mind of music sensation Yungblud comes the Twisted Tales of The Ritalin Club! All pupils attending Blackheart's Boarding School must be punctual, masked, and heavily medicated. The displaying of superpowers is strictly forbidden. Any pupils encountering Yungblud or any member of his so-called "Ritalin Club" are to seek a teacher immediately. Failure to comply with any of the above rules will result in execution.
In Shops: Oct 16, 2019
SRP: $21.99