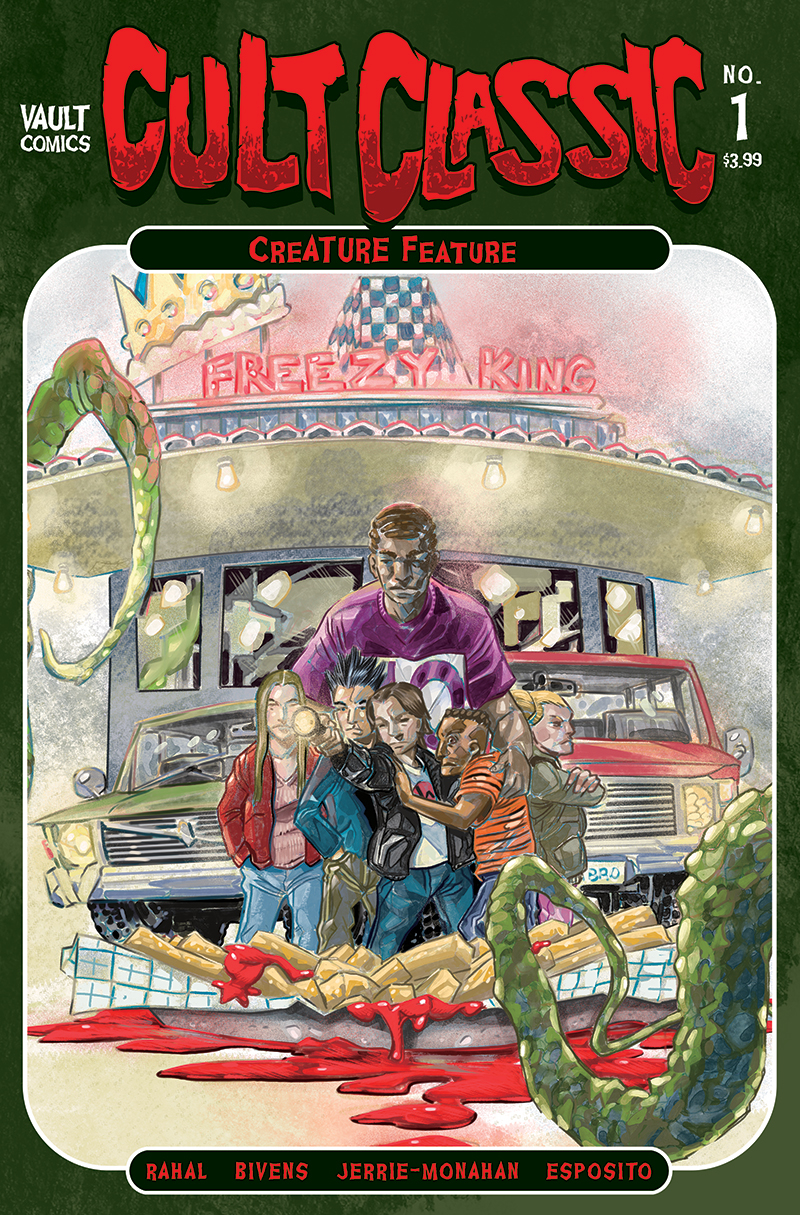 AUG192338
(W) Eliot Rahal (A/CA) John Bivens
Eons ago, visitors from outer space buried an item of unimaginable power in the primordial swamps that would one day become King Lake-a quaint little basin on the edge of Whisper, USA. Millions of years later, a comet's radioactive waves awaken the monster slumbering beneath the lake. As the beast feeds on America's sweet, delicious youth, brain-slugs infect the quiet town, causing victims to vomit up their kill-hungry, zombified skeletons. But for seventeen-year-old Jarrod Parker, none of that stuff matters much. For him, this isn't about the Apocalypse. It's about payback. Nothing-not his friends, not the undead, not even the end of the world-will keep him from vengeance.
In Shops: Oct 16, 2019
SRP: $3.99
View All Items In This Series