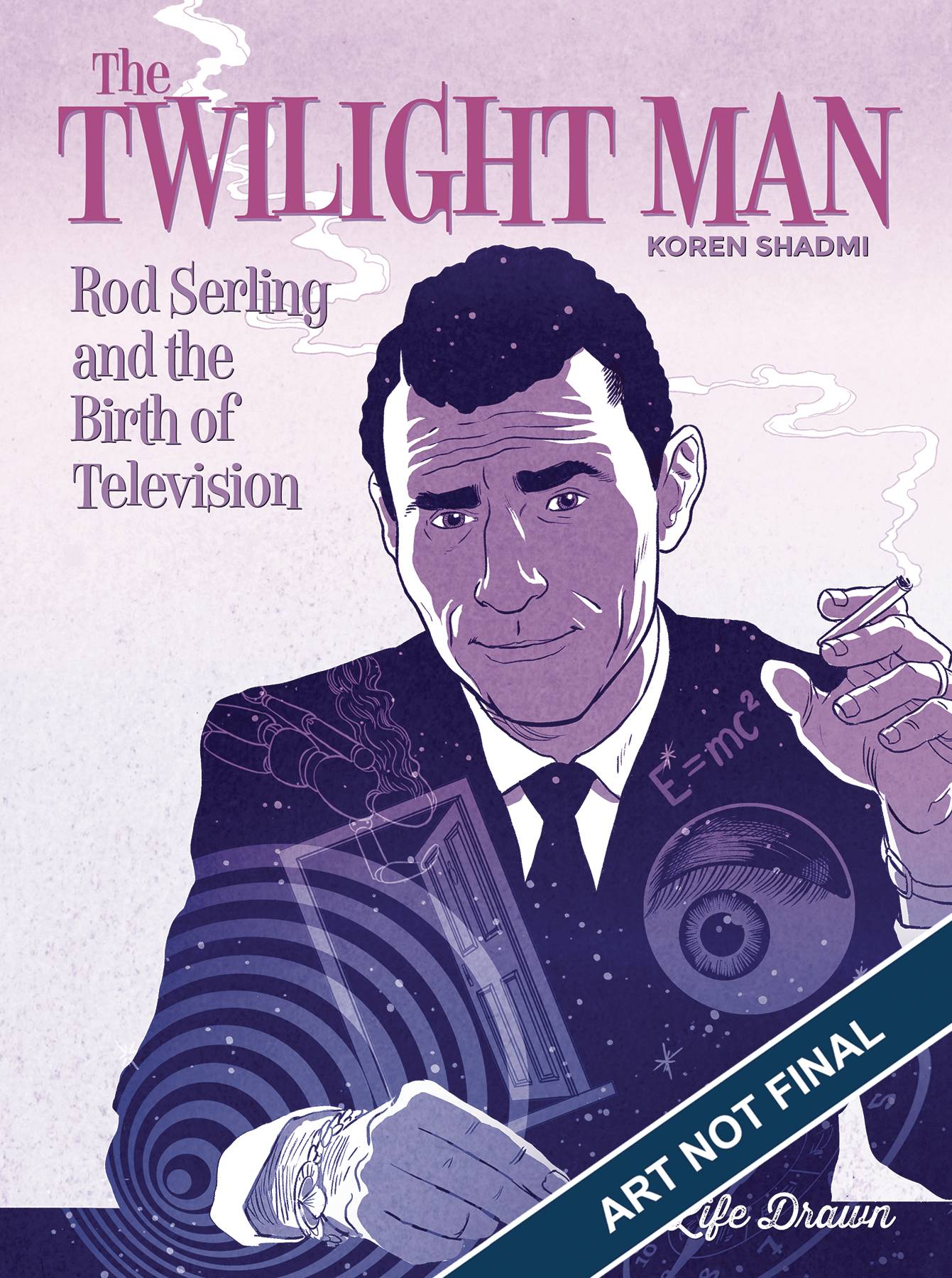 #
AUG192011
(W) Koren Shadmi (A/CA) Koren Shadmi
A biographical tale that follows Hollywood revolutionary Rod Serling's rise to fame in the Golden Age of Television, and his descent into his personal Twilight Zone.

Before he became The Twilight Zone's revered master of science fiction, Rod Serling was a just a writer who had to fight to make his voice heard. He vehemently challenged the networks and viewership alike to expand their minds and standards-rejecting notions of censorship, racism and war. He pushed the television industry to the edge of glory, and himself to the edge of sanity. Rod operated in a dimension beyond that of contemporary society, making him both a revolutionary and an outsider.