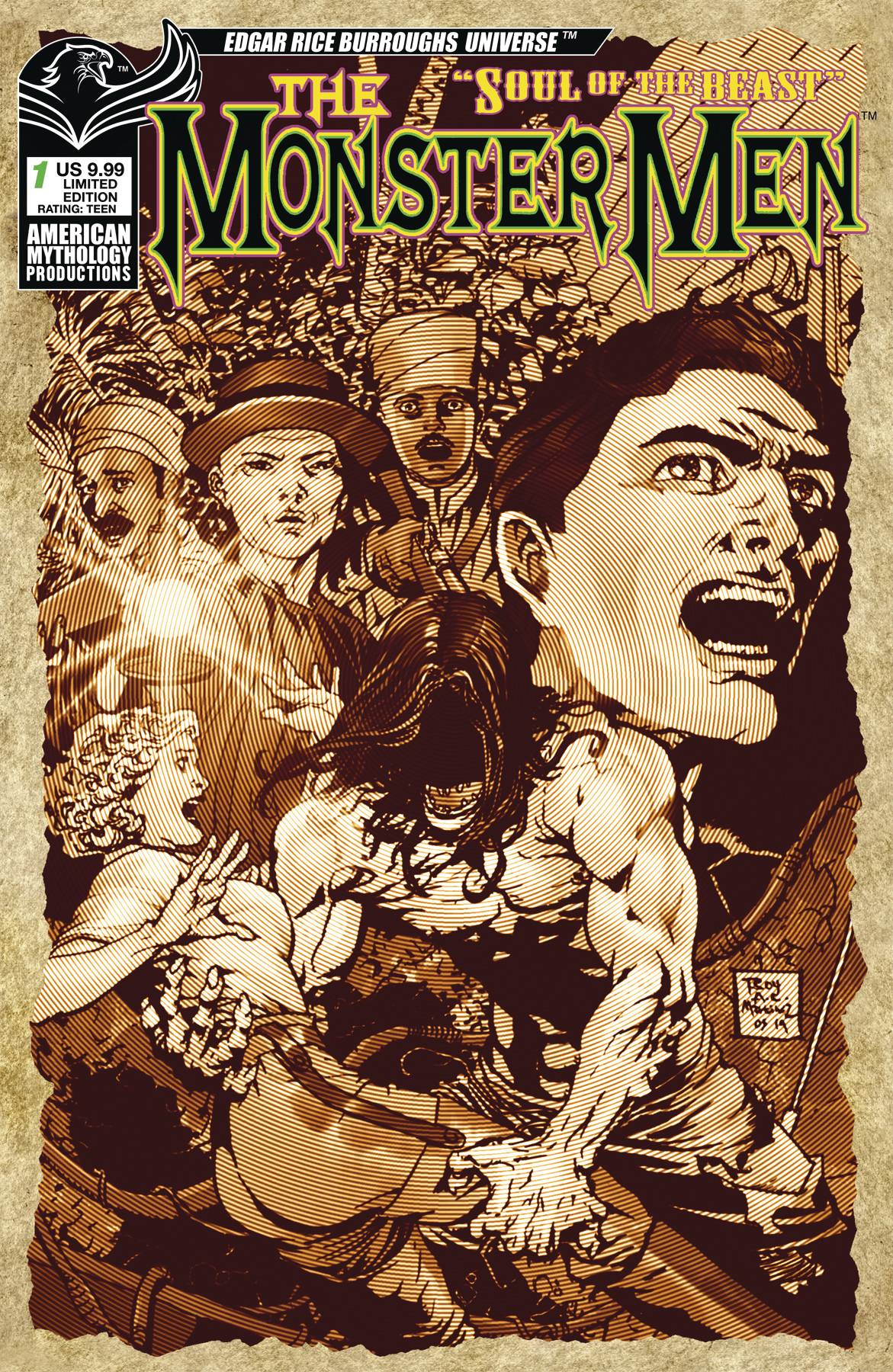 #
AUG191566
(W) Mike Wolfer (A/CA) Roy Allen Martinez
Edgar Rice Burroughs' classic tale of mad science, shocking horror, and monsters galore rages to life in an all-new comic story that begins where "The Monster Men" novel ended! On a secluded, jungle island near Borneo, Professor Maxon and his daughter Virginia barely survived the onslaught of the rampaging, half-human beasts that he created in his laboratory. Now, Virginia and Townsend Harper Jr. return to the island where he originally believed that he was Maxon's mysterious creature, Number 13... But the real Number 13 is very much alive and prowls the steaming, island jungle in search of human victims! Mike Wolfer and Roy Allan Martinez, the team who brought you Eternal Thirst of Dracula, combine their talents once again to create an unparalleled excursion into terror, officially endorsed by Edgar Rice Burroughs, Inc. as the sequel to the classic horror novel! This special, prelude one-shot leads directly into the upcoming The Monster Men: Heart of Wrath mini-series. The Monster Men #1 Soul of the Beast is available with three covers - Main Cover by Roy Allan Martinez, Creeping Doom by Mike Wolfer, and Deluxe Limited Edition 1/350 Pulp Horror Cvr also by Martinez!
In Shops: Nov 27, 2019
SRP: $9.99
View All Items In This Series
ORDER SUBSCRIBE WISH LIST