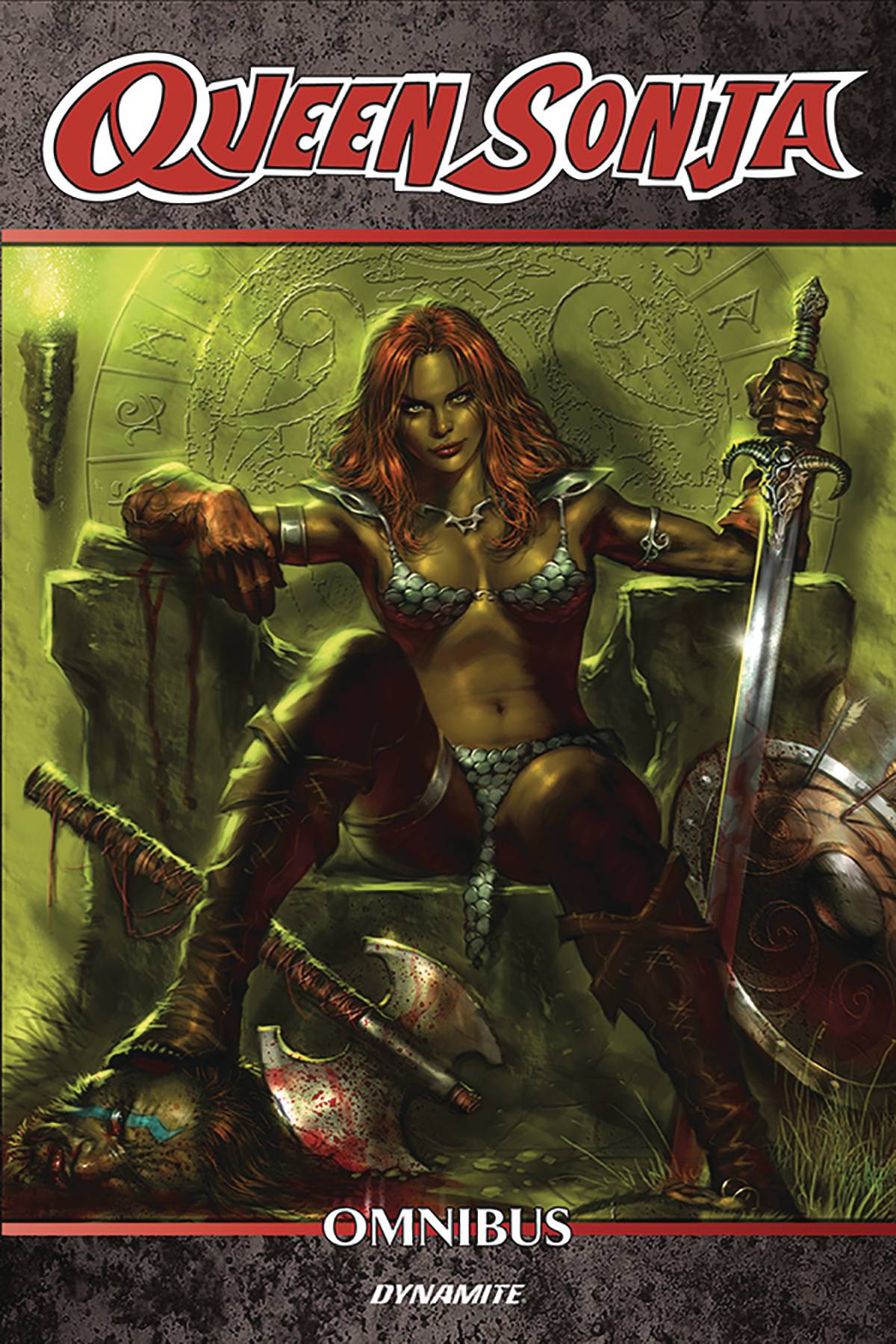 #
AUG191323
(W) Luke Lieberman, Arvid Nelson, Joshua Ortega (A) Mel Rubi, Joshua Ortega (CA) Lucio Parrillo
You may have heard the stories of a certain barbarian at the tail end of life living as a king, now it's time to read about the Queen! Before she was a warrior, Red Sonja was a wild child in the Hyrkanian wilderness, before she ruled the empire of Emora, she thieved the streets of Pah-Disha. Running from the the pain of her bloody origins she gambles her life recklessly. Surviving these rough years taught her to fight, to hunt, to steal and to kill. They taught her one more thing, that her gift is her doom, and there is no escaping it. Pick up this terrific tome to read these tales of a mature battle-hardened Sonja atop the throne, dealing with threats from the outside and within.

"Know also, O prince, that in the selfsame days that the Cimmerian did stalk the Hyborian Kingdoms, one of the few swords worthy to cross with his was that of Red Sonja, warrior-woman out of majestic Hyrkania. Forced to flee her homeland because she spurned the advances of a king and slew him instead, she rode west across the Turanian steppes and into the shadowed mists of legendry." - The Nemedian Chronicles