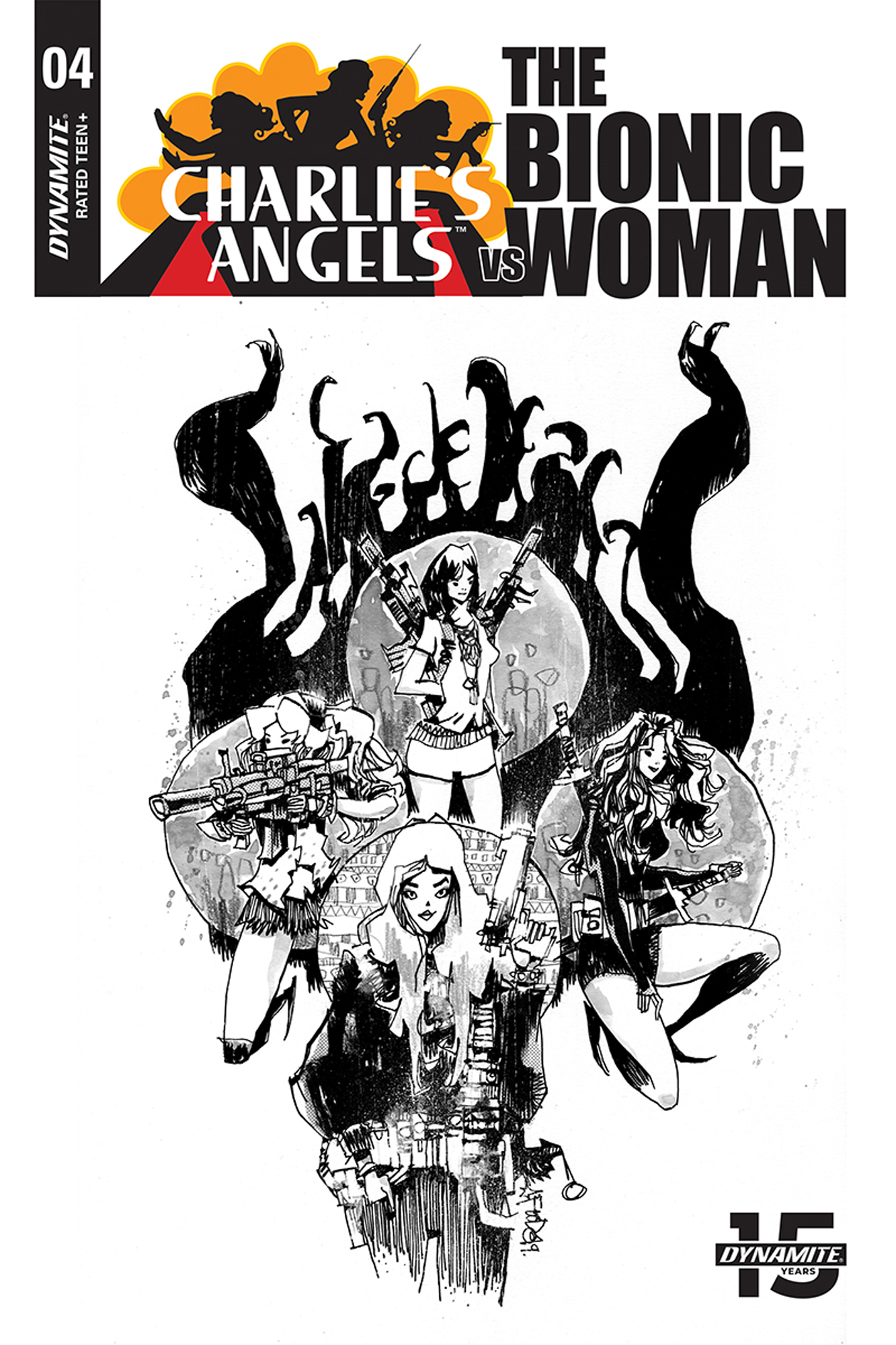 AUG191271
(W) Cameron Deordio (A) Soo Lee (CA) Jim Mahfood
For every 10 copies ordered and received, retailers will qualify to order a Jim Mahfood "Black & White" cover.
What's a hero to fight for? In this arc's thrilling conclusion, the Angels have made an unlikely ally in their quest to steal the powerful adrenalizine formula from Naris Corp. -- but will it be enough to overcome the military contractor's upgraded security? They'll need a bold plan, incredible feats of espionage and a little luck if they want to stop the possibility of a bionically enhanced war machine in its tracks. But OSI alumni The Bionic Woman and Oscar Goldman may be none too eager to allow such powerful technology outside of Naris control, despite potential medical applications. Allegiances will be tested, values will be questioned, and punches will be thrown in CHARLIE'S ANGELS/BIONIC WOMAN #4!
In Shops: Oct 02, 2019
SRP: $3.99
View All Items In This Series