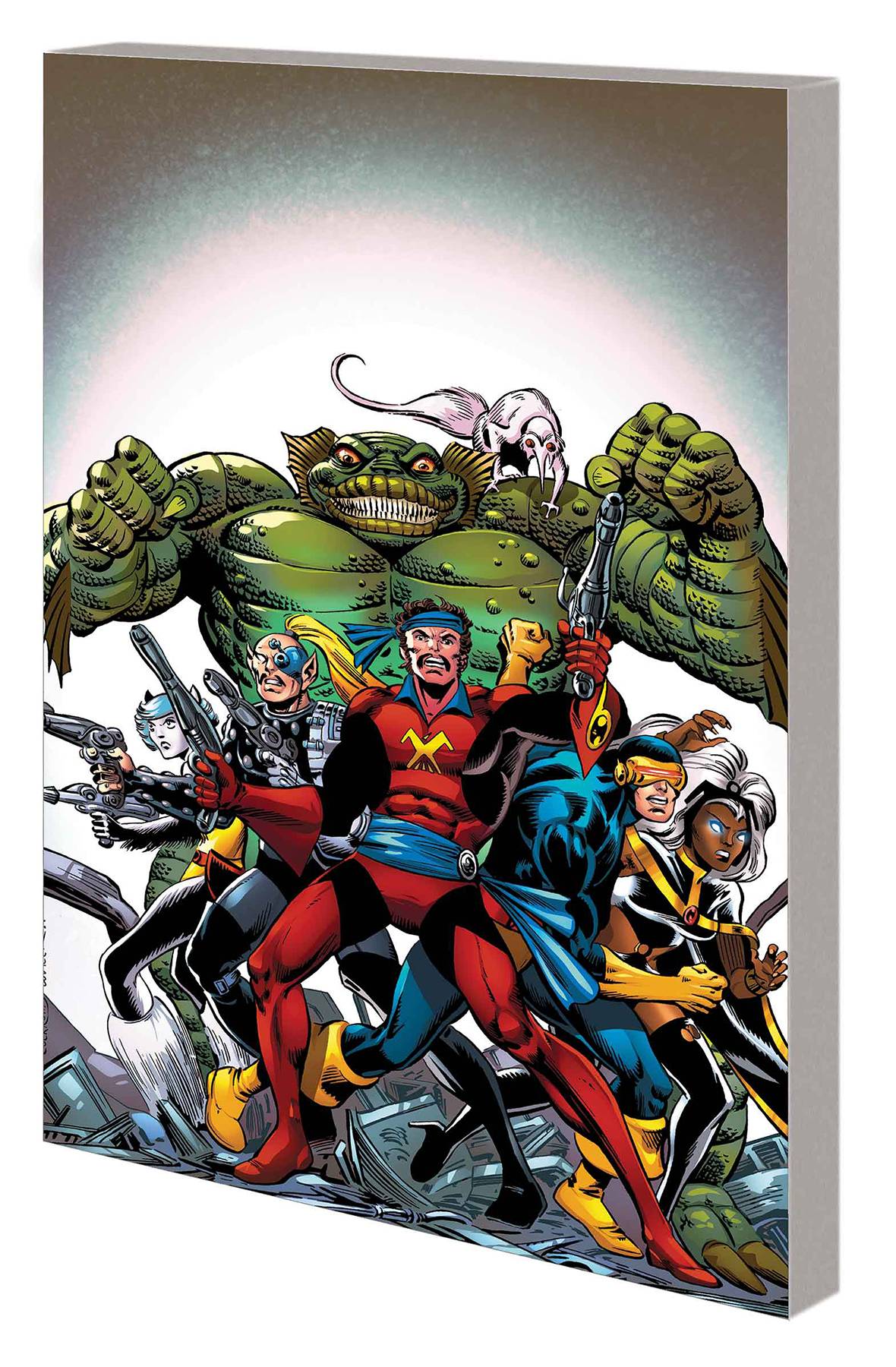 #
AUG191164
(W) Chris Claremont, Terry Kavanagh (A) John Byrne, Paul Smith (A/CA) Dave Cockrum
Swashbuckling space pirates! In 1977, the X-Men went cosmic, traveling to the far-flung Shi'ar Empire - where they encountered the Starjammers! Corsair, Hepzibah, Ch'od, Raza, Cr'reee and Sikorsky quickly became fixtures of the X-Men mythos, and this volume features every appearance drawn by their co-creator, the legendary Dave Cockrum! First, the Starjammers must help the X-Men prevent universal Armageddon - but what happens when Corsair realizes one of the X-Men is his son? Then, when the parasitic Brood attack and Shi'ar Empress Lilandra is kidnapped, the X-Men fight a war on two fronts: without and within! But will Carol Danvers join the Starjammers? And in their first solo story, the team embarks on an interstellar quest for a cosmic object of immeasurable power! Collecting X-MEN (1963) #107-108, UNCANNY X-MEN (1981) #154-158 and #161-167 and X-MEN: SPOTLIGHT ON STARJAMMERS #1-2.
Rated T
In Shops: Oct 30, 2019
SRP: $39.99
ORDER WISH LIST