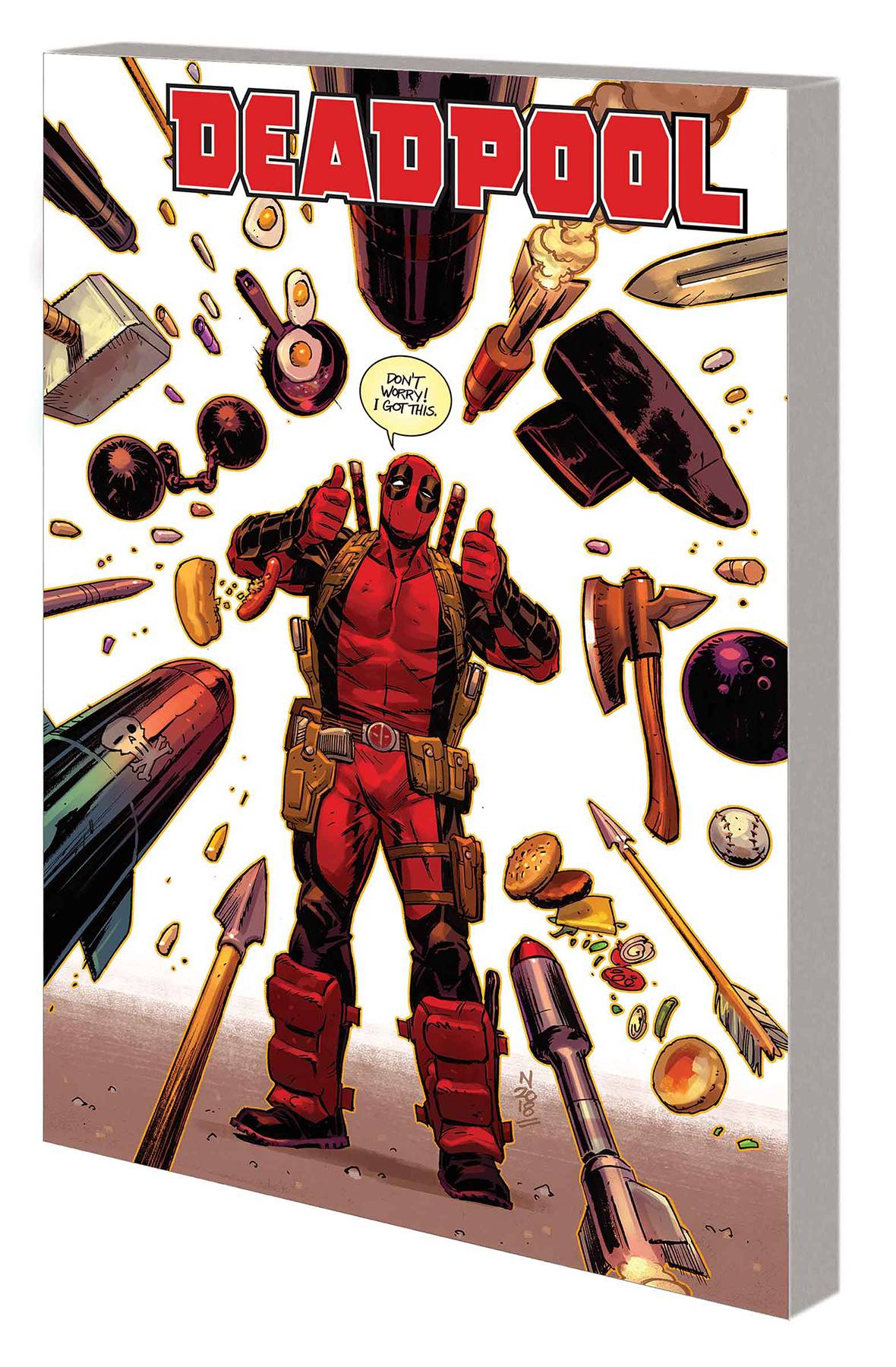 #
AUG191150
(W) Skottie Young, Dana Schwartz (A) Scott Hepburn, Reilly Brown (A/CA) Nic Klein
War is hell - but Hell is worse! First, Deadpool is enlisted to fight in the War of the Realms - and sent to Australia to take care of a pesky troll problem! No, not those obnoxious internet nerds - real trolls! Will Wade Wilson be big down under? Find out in a tale filled with the sort of carnage only a nation begun as a penal colony can deliver! If the Earth - and Deadpool - somehow make it through Malekith's war, it'll be time to pay the devil his due. Mephisto and Weasel have their diabolical sights on Wade. Will Good Night finally get his vengeance? And if Deadpool survives, what will be left of him? Plus, unspeakable Acts of Evil will haunt your dreams when the Merc with a Mouth battles Nightmare himself! Collecting DEADPOOL (2018) #13-15 and DEADPOOL ANNUAL (2019) #1.
Parental Advisory
In Shops: Oct 30, 2019
SRP: $15.99
View All Items In This Series