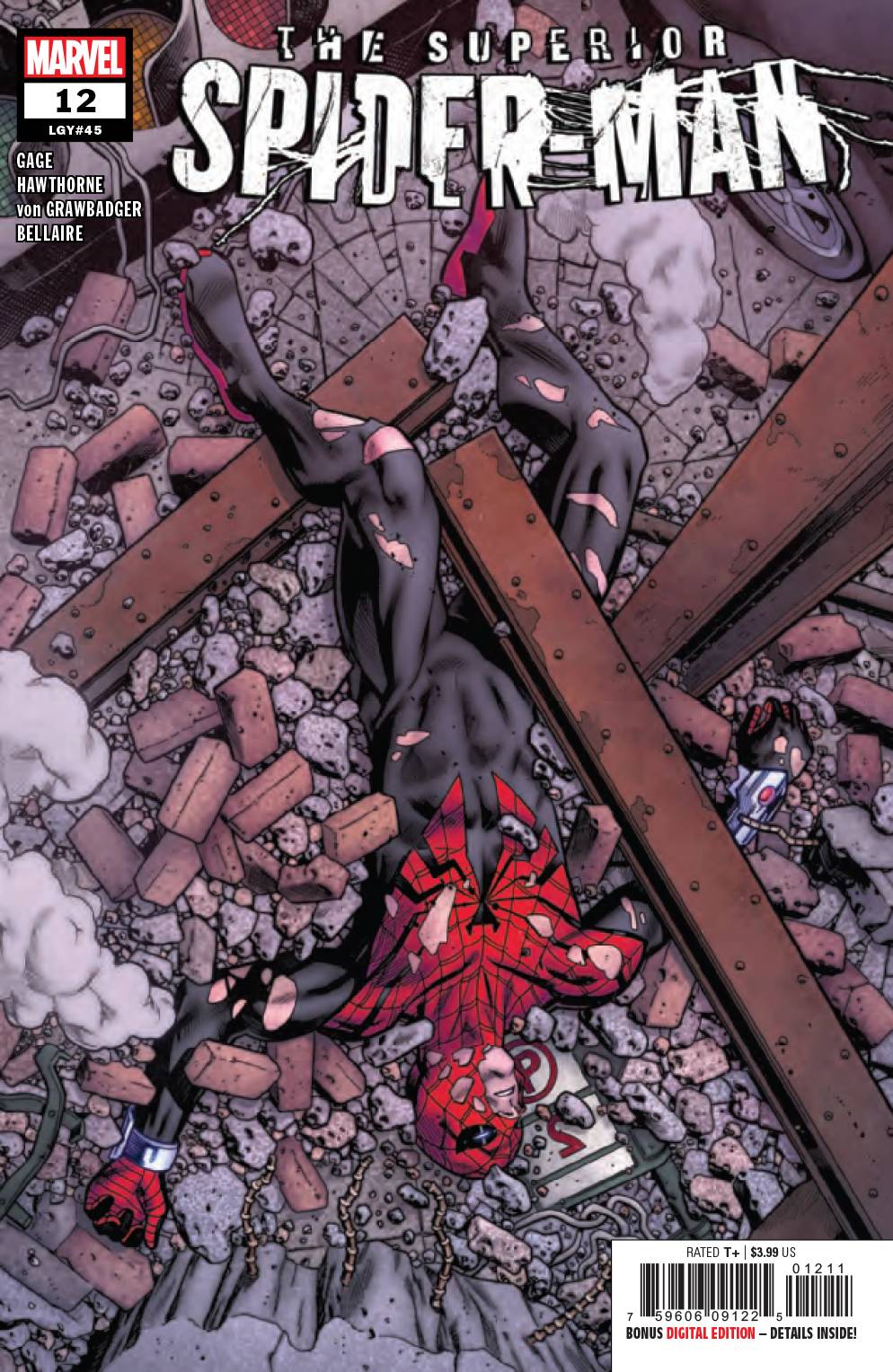 #
AUG190949
(W) Christos Gage (A) Wade Von Grawbadger (A/CA) Mike Hawthorne
• Otto Octavius has faced certain death and emerged the victor -
it just meant someone else had to lose.
•  But the Superior Spider-Man has learned to care for others more than himself--and Spider-Norman Osborne of Earth-44145 won't be satisfied until blood is spilled. Whose will it be?
•  The events of this issue will change Superior Spider-Man...permanently.
Rated T+
In Shops: Oct 30, 2019
SRP: $3.99
View All Items In This Series