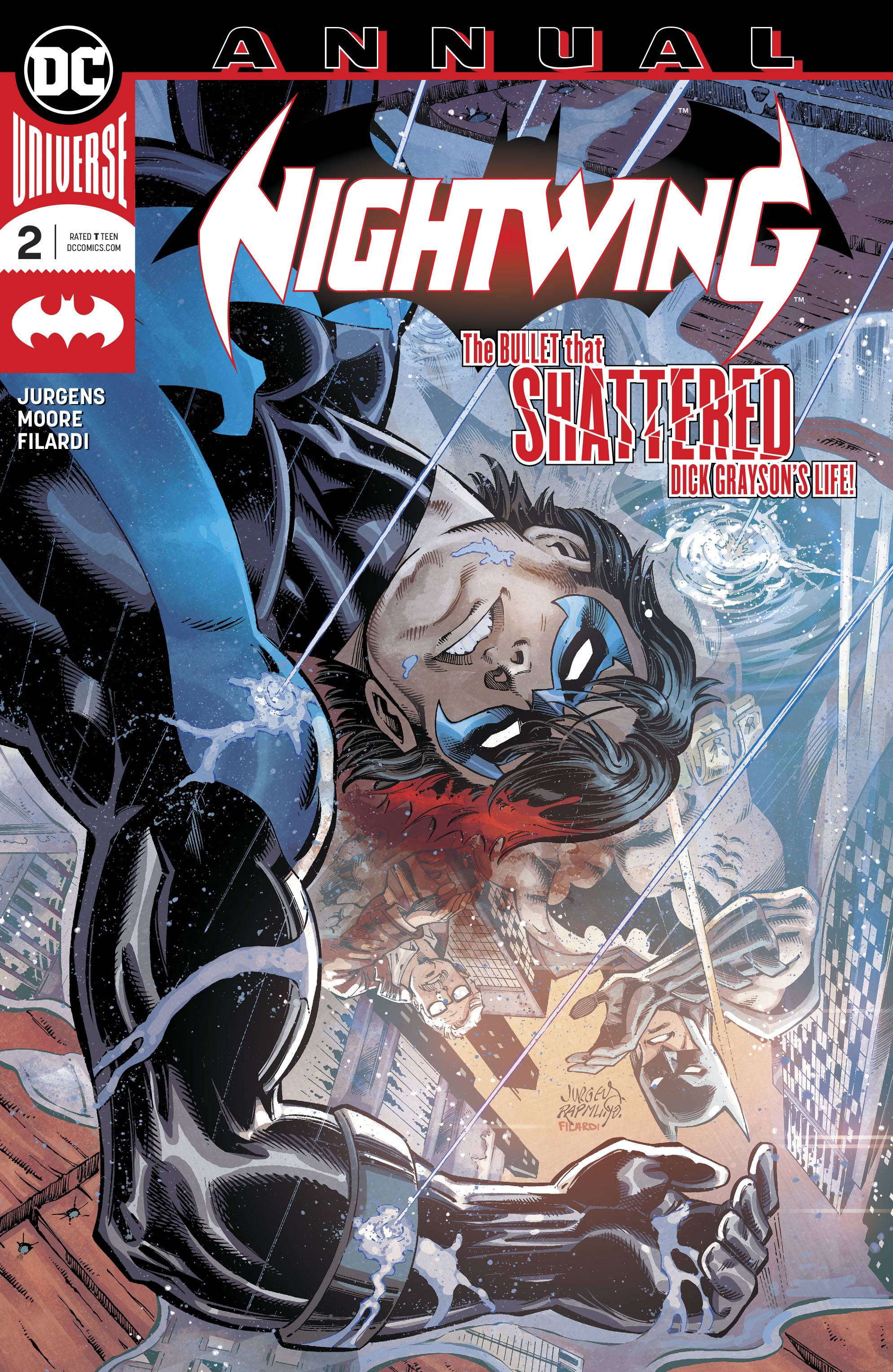 #
AUG190548
(W) Dan Jurgens (A) Travis Moore (CA) Dan Jurgens, Norm Rapmund
The bullet that shattered Nightwing's life was the shot fired by the KGBeast in the now-infamous BATMAN #55-and it changed the course of Dick "Ric" Grayson's career. Gone were the memories and alliances that once defined him, replaced by a near blank-slate persona.
Now go inside those early moments of Ric's new life, his strained reunion with a stranger named Bruce Wayne and an entire life turned upside down. But amid the chaos lies opportunity...not for Ric, but for an old foe who's been waiting a lifetime for a moment like this. Echoes of the past return in a story that tees up Nightwing's  own Year of the Villain!
In Shops: Oct 30, 2019
SRP: $4.99
View All Items In This Series